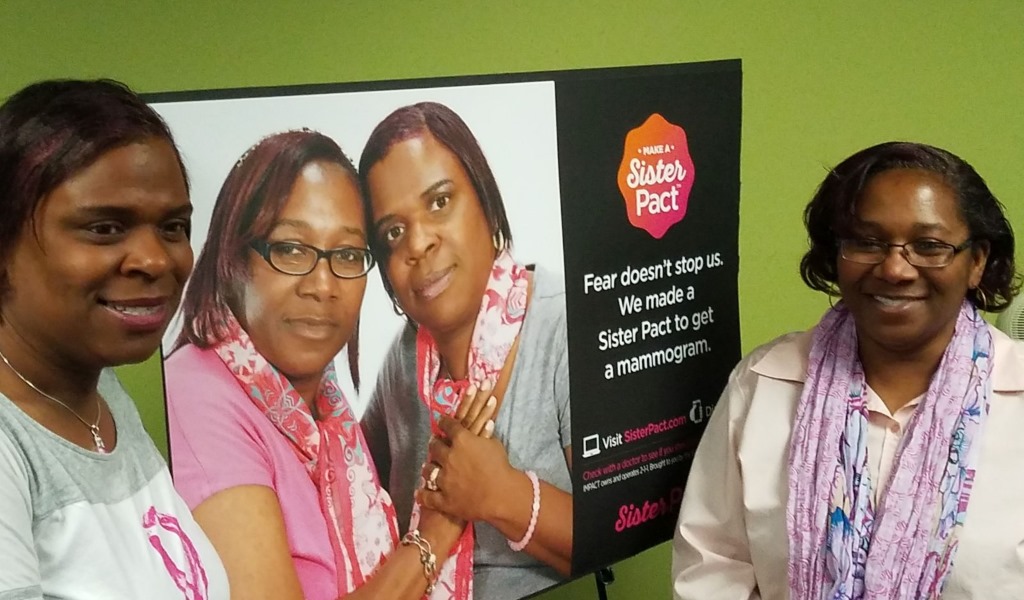 A 2016 study by the Medical College of Wisconsin.found that women living in Milwaukee inner-city zip codes have significantly lower breast cancer survival rates than adjacent neighborhoods. Photo by Brandon Anderegg.

Depending on what zip code you live in, your chances of surviving breast cancer could be much worse.

A 2016 study by the Medical College of Wisconsin found that women living in Milwaukee inner-city zip codes 53205, 53206, 53208, 53210, 53213, 53216 and 53233 have significantly lower breast cancer survival rates than adjacent neighborhoods. The study found that breast and colorectal cancer health disparities by race, ethnicity, socioeconomic status, and geography persist, and in some cases, may be growing in Southeastern Wisconsin.

In brief, the study found that black women had the lowest survival rate. Hispanic women also had lower survival rates than white women.

The four-month advertising campaign was launched at the end of February and features photos of African-American women with a friend or family member who have made a pact to be screened for breast cancer. Just having someone who supports your decision can be a great help. The campaign will be featured on the radio, TV, billboards and on buses.

Sarah Mroz, facilitator of the Wisconsin Breast Cancer Task Force, said that a multitude of barriers are to blame for the disparity in these zip codes. Mroz said a pre-campaign survey showed that fear, confusion and a lack of access to healthcare are among these barriers.

City of Milwaukee Health Commissioner, Bevan K. Baker, said that women in their early fifties should not be succumbing to breast cancer. “We’re better than that Milwaukee, we can do better than that,” said Baker. “Knowledge is the equalizer and it’s the only thing that can equalize some of the disparities in this community.”

Lisa Taylor-Goodwin and Regina Watts are two local women who have made a sister pact. Goodwin, a breast cancer survivor, shared her journey as well as words of gratitude for her sister.

“She got up at six in the morning to be at the hospital and to hold my hand,” said Goodwin. “I thank Regina for being my sister pact and for being the person that is always there for me.”

Goodwin said that she was diagnosed before the age of 40, making her the youngest as well as the fifth women in her family to have breast cancer. 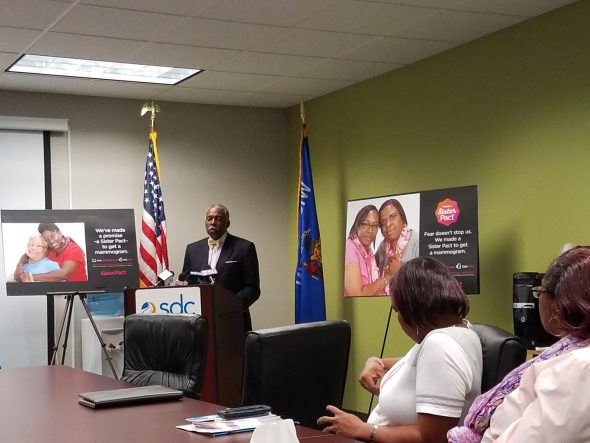 “I got myself together and I decided that I had to fight to advocate and to educate others,” said Goodwin.

Venice Williams, 55, said she made a pact with her friend and mentor Gloria Wright. After getting early detection, Williams says she now has a biopsy clip that reminds her of the necessity to look after her own health and the health of her sisters.

“As African-American women we often take care of everyone else,” said Williams. “Today is a call to self-care.”

Williams joked that women have no problem going to the mall or the nail shop together. Getting health care should be no different, she said: women can help each other down a path of self-care.

“Wherever we go there are women around us who need to be reminded that they matter and that we need them,” said Williams. “I don’t want us to just survive, I need my sisters to thrive.”

The Sister Pact program started in Memphis and was created by a biotech company called Genentech in order to address breast cancer mortality disparities in the city, according to Mroz.

The Social Development Commission is committed to providing high quality services and resources to Milwaukee County residents to move beyond poverty, according to its website. The non-profit collaborates with other agencies in Milwaukee in order to increase their effectiveness in serving low-income members of the community.