Is Milwaukee Still Thirsty for Spreenkler?

How Spreenkler channeled the power of creativity, and why its reviving its Meetups. 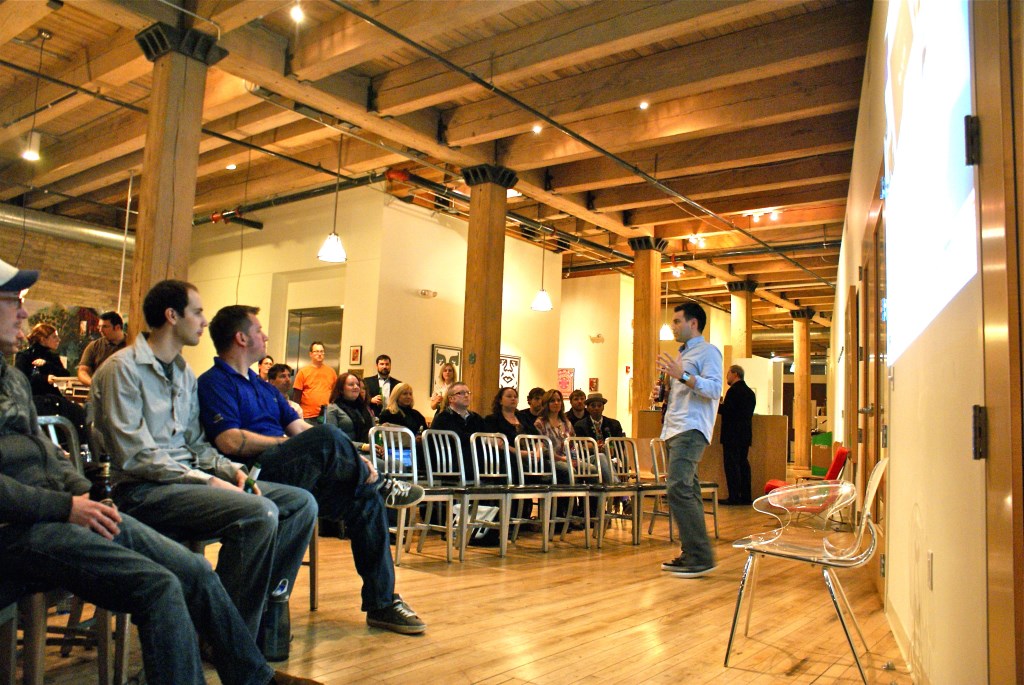 You might call it a reunion for Spreenkler, the former monthly meeting geared towards Milwaukee’s creative class, set to take place Wednesday, March 8 at 88Nine Radio Milwaukee.

Spreenkler was launched eight years ago by founder Steve Glynn, a Milwaukee-based businessman and entrepreneur. The group’s last meeting was held in 2013.

“There’s a gap, something missing,” says Glynn regarding the more than three-year hiatus since the last meetup. “People are looking for something to take the place of the special meaning Spreenkler had for them.”

What began as a way to keep in touch with former co-workers quickly became much larger. Glynn realized his group could be a vehicle to accelerate creativity and innovation in metro Milwaukee. This, though, would not have been possible without Spreenkler’s affiliated meetups. The million dollar business started, as Glynn puts, with “humble beginnings.”

Before he founded Spreenkler, Glynn was a member of a rock band, but with a baby on the way, he decided to leave the band and sell all of his equipment. With his earnings, he bought a Mac computer.

“I did not know what I wanted to do with this Mac,” Glynn recalls, “but I knew I needed to do something big.”

One day, while mowing his lawn, Glynn came to a life-altering realization. He saw his lawn’s sprinkler working in the distance and where the water landed: some of it hit the grass and the plants, hydrating and helping them grow and prosper and some water fell on the sidewalk where it would soon dry into nothing. Much like in a business: sometimes there are dry spells and setbacks, other times successes that fuel growth. Glynn was inspired. After finishing the chore, he went inside to buy the web domain “sprinkler.com” on his Mac. That domain, though, was already taken, so he played with the spelling of “sprinkler” to find an open domain. Spreenkler was born.

Glynn started building the group by sharing ideas with creative individuals and entrepreneurs. This began as an online community, but as more people showed interest, they decided an in-person meeting was needed. About 30 members showed interest, but for the first “Meetup,” held in 2007, just four people attended. One month later at the next meetup, only three.

However, the online community soared. Before he knew it, 1,500 people joined Spreenkler on Meetup.com and Twitter.com.

There was always food, drinks and good conversation between members of Milwaukee’s creative and business comunities. The events were always free to the public and featured a local presenter. Uniquely, instead of attendees looking for ways to benefit themselves, they would listen to other attendees and their projects and help them connect with other people to grow new ideas. These were conversations to help everyone build their careers through in-person social networking. 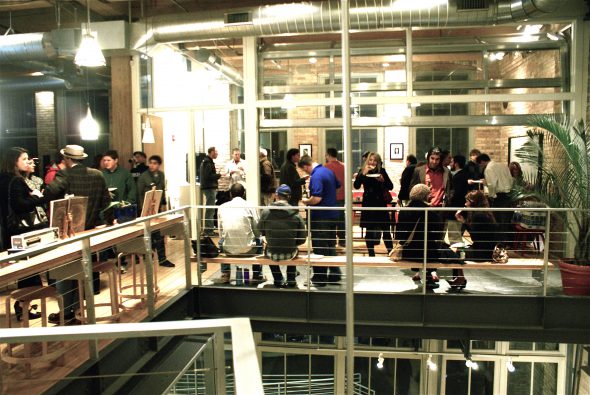 These meetings helped to build a local creative community, Glynn says. Spreenkler curated innovative, thought-provoking leaders from within the region and across the country to help plant seeds of new ideas. NEWaukee, the social architecture firm well-known for events like the Wisconsin Avenue Night Market, gained exposure at the meetings, as did Urban Milwaukee after founder Jeramey Jannene presented and began attending. Ryan Graves, now Senior Vice President of Global Operations and board member at Uber, was a regular attendee and pushed to build Milwaukee’s start-up scene before he decamped for Silicon Valley.

“These people bonded over common experiences and, quite frankly, struggled together to raise the level of creativity and innovation in this region,” says Glynn.

In 2009, Glynn doubled-down on the idea by launching a digital agency by the same name and hiring college students and recent graduates to bring in fresh ideas from upcoming entrepreneurs. By 2013, the company was growing so quickly that Glynn had to end its famous meetups. In 2014, he sold the company to his partner, Romke de Haan.

It has been a smooth transition. “He was always one of the most influential people I knew,” Glynn says. “He was my support team, always helping me keep my focus.”

Recently, Glynn decided to give the community what they’ve been asking for for years: an encore meetup.

Although Glynn is unsure about the future of Spreenkler’s meetups, he hopes this event may “shed some light on new beginnings,” as he puts it,

“This event is a way to say thanks to all those who were part of the movement. Everyone who inspired me, who kept me going,” says Glynn. “That’s why I asked Mayor Barrett to be the featured speaker. So he can also thank the community for what they’ve done. And hopefully to inspire other entrepreneurs to start businesses, to inspire creatives to meet again to tackle the tough issues facing our community.”

Those interested in attending the free event can RSVP using Eventbrite. 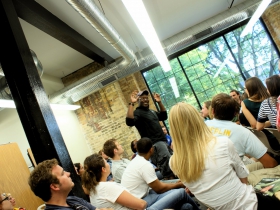 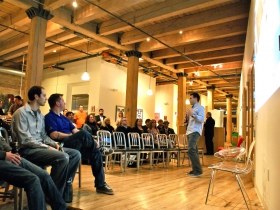 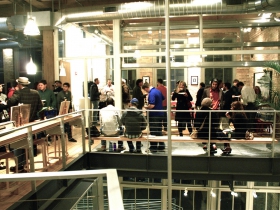 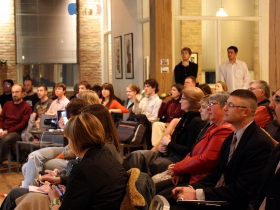 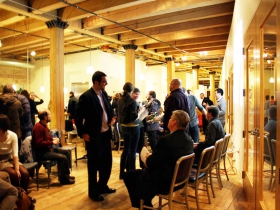 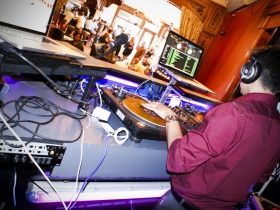 2 thoughts on “Is Milwaukee Still Thirsty for Spreenkler?”