It’s Mexican food, but with a difference -- and that’s okay. 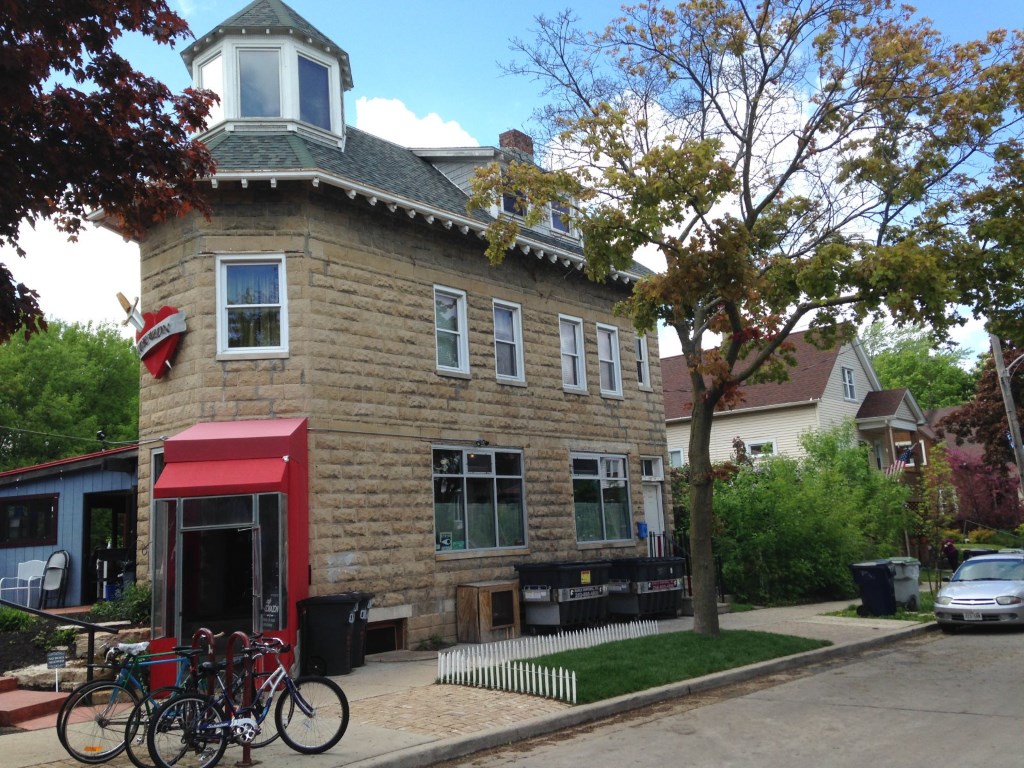 Fresh and local are words so often used to describe a restaurant’s menu that they have become a mantra which diners, myself included, often ignore. What’s the alternative, lettuce with brown edges from California and pink slime in burgers from Sysco?

But at Corazon, “fresh and local” are not only words used to promote; they actually mean local meat and seasonal vegetables sourced, when possible, directly from their own farm, Richway Acres.

We did not sample bebidas (drinks) except for coffee, but since we notice several drinks at adjacent tables, and because the combinations listed on the menu sound interesting, they’re worth a mention. Someone has fun at the bar mixing and naming drinks combos. Here are a few: Hot Tito, 100% agave tequila, agave, and lime topped with hot water; WooWoo, vodka, peach schnapps, and cranberry juice; Passion de Amour, cachaca liqueur, passion fruit, and fresh lime juice. Weekly drink specials include Margaritas, Monday-Thursday, 11:00-3:00 for $5.00 and on Wednesday, $5.00 Specialty Sangria.

We almost want to throw a dart at the Sunday Brunch menu to see where it lands, because so many dishes sound too good to pass on. We can’t decide. Since we’re in the back room where tables are close together, we eyeball dishes that look especially delicious as they arrive at nearby tables. That’s how we land on the Veggie Burrito, the Empanada Plate, and what looks like uniquely Mexican Chiliquiles.

The gigantic burrito, stuffed with scrambled eggs, potato, red pepper, mushrooms, broccoli, black beans, and cheese, comes to the table barely warm. After our server takes it back to the kitchen, the melted cheese oozes and the eggs are sufficiently heated. My companion wishes she had ordered the Ranchero Wet Burrito, an additional $2.00, because it has two sauces, a ranchero and a lime cilantro crèma which would have moistened the veggies and added additional flavor and color.

For the empanadas, the menu reads “Golden stuffed turnovers” a perfect description of crisp dough folded around juicy pork filling, a fiesta of flavors and contrasts. The menu had said carnitas, small crisp bites of pork, but the filling is more like pulled pork, not a negative, just different.

The chiliquiles are a departure from the dish I’ve enjoyed many times in Mexico. Again, not a bad thing, just different. There’s more egg than fried tortilla strips in red sauce, no crema, and not nearly enough cheese. This version of the dish probably dropped about 500 calories from what I’ve had in the past. Overall, the chiliquiles are more Tex-Mex than Mexico City Mexican. The sausage patties, my choice from “meats” are small, crisp, juicy, delicious.

The following week at lunch we sample Huevos Divorciados, or divorced eggs, the Taco Truck Taco Plate, and a Tostado. 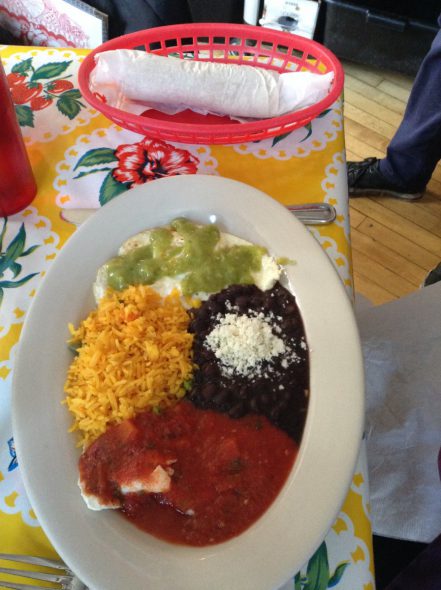 The divorced eggs, separated by rice and beans, come drowned in red and green sauces. Red on the right, green on the left. For the Taco Truck, two corn tortillas are stuffed with meat topped with chopped onion, tomato, and cilantro, and a sprinkle of crumbled cheese which adds color but not much flavor. The meat, crispy cubes of carne asada, look and taste similar to the carnitas we had expected in the empanadas at brunch. I smother everything in my tacos, plus the rice and the pinto beans, with green sauce, a spicy, red hot, house-made sauce served in a convenient squeeze bottle.

The Tostado, a ridiculous bargain at $5.00, is a crisp corn tortilla covered with a pile of rice, beans, meat, lettuce, tomato, and crema topped with a big slice of avocado, just enough lunch for a light eater.

Homemade desserts, not listed on the menu, vary daily. One must remember to ask the server and I do. He says they have Flan and Tres Leches, however, Tres Leches or three milk cake isn’t ready yet, so I satisfy my sweet tooth with the Dum Dum sucker that comes with the bill.

I return the next day to take an order of Tres Leches home because its reputation preceded it. A scoop of whipped cream adds even more calories to this rich moist cake which I eat with a spoon to get every drop of delicious.

To find Café Corazon, look for the bright red door on Bremen, a block north of Burleigh in Riverwest. In warm weather, the patio, adjacent to a bike trail that passes close behind the restaurant, will be easily visible from the street. 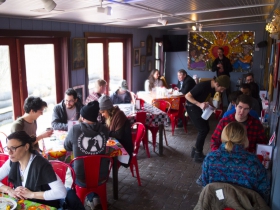 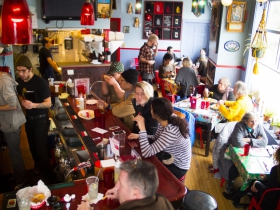 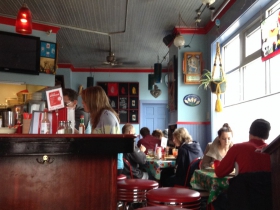 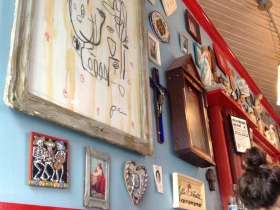 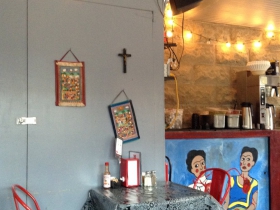 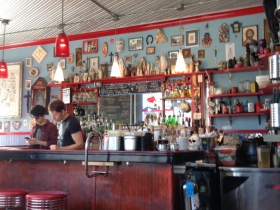 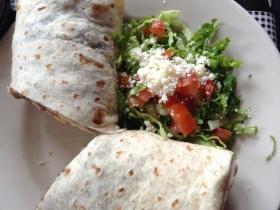 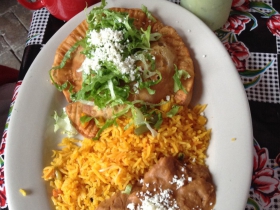 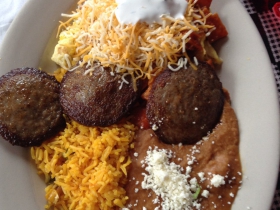 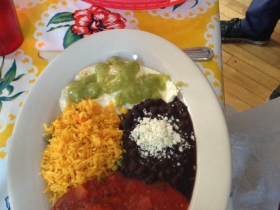 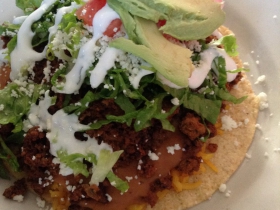 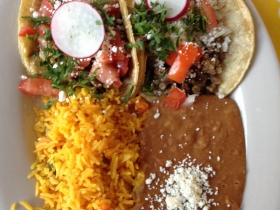