By Gretchen Schuldt, Wisconsin Justice Initiative - Jan 24th, 2017 10:27 am
Get a daily rundown of the top stories on Urban Milwaukee

The continuing decline is bound to raise new questions about the need for three full-time Municipal Court judges, as the average caseload in the three regular branches (excluding Branch A, a court for in-custody defendants) dropped from 46,032 in 2011 to 21,392 last year, a decline of 24,639 cases per judge.

Ald. Terry Witkowski during 2017 budget deliberations proposed eliminating a court branch, but that was defeated after judges suggested the lower case loads allowed them to spend more time on each case. In addition, according to the city’s proposed budget, caseloads were up as of July. Witkowski could not be reached for comment Monday. The 2017 budget for Municipal Court is $4.8 million.

Traffic offenses remain the most common type of Municipal Court case and account for 68% of all cases, Still, while traffic offenses are of increasing concern to aldermen and city residents, the number of traffic cases was down, by seven percent from 2015 to 2016 and by 54% from 2011 to 2016. 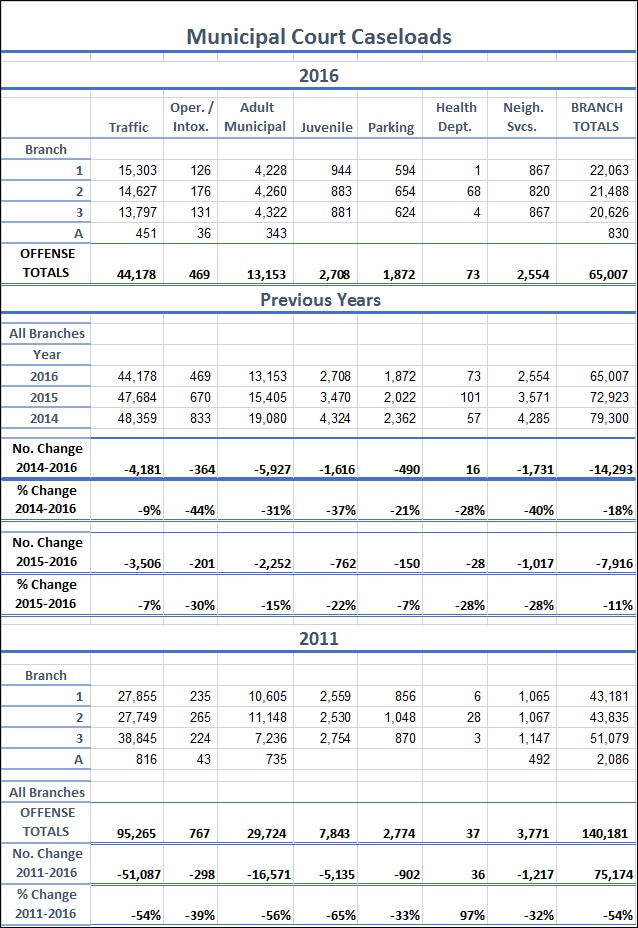