Food At New Pastiche Is Sublime

But the Hotel Metro space lacks the French bistro atmosphere of old place. 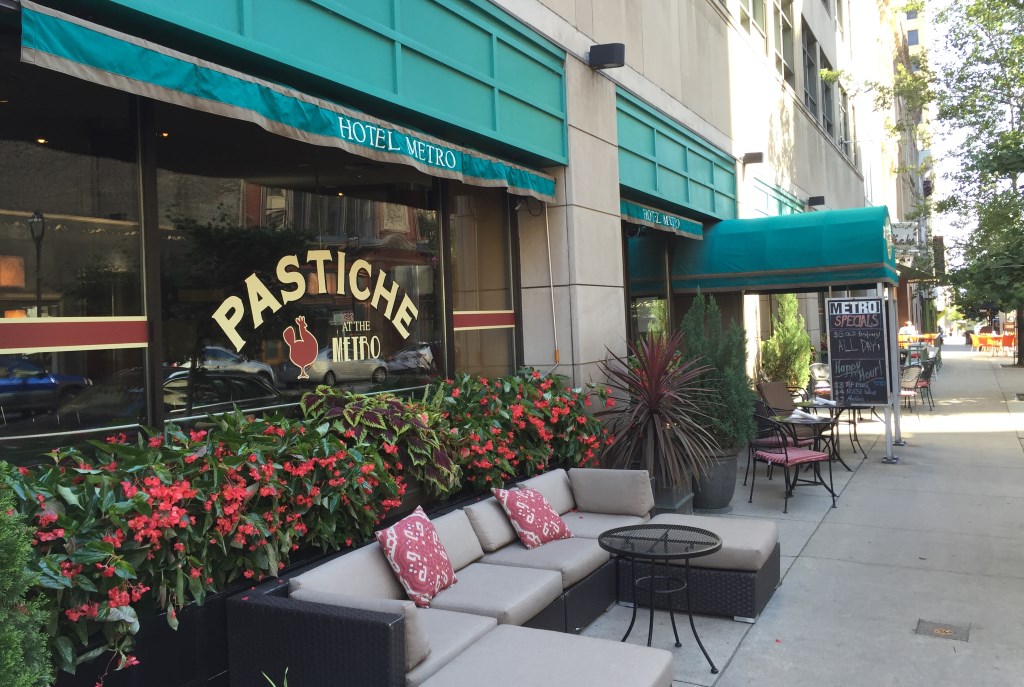 Pastiche at the Metro. Photo by Dave Reid.

When it was Pastiche on KK, it looked like a French bistro, a cozy place that swept me far away from Bay View to an imagined brassiere in Paris for some seriously delicious French food. Now we have the reinvented Pastiche, a larger version of itself, set inside Hotel Metro, where food and attentive service, retained from the original Pastiche will not disappoint. But the rest of it — small, intimate, damn it, “French” — is lost in the space that looks pretty much the same as it did when it operated as Hotel Metro’s restaurant. This could be my problem, because for me large French posters on the wall don’t say French café. Moreover, intimacy disappears in this elongated rectangular space, and the oversized mirror, the one that replaces the mural in the back room, is a paltry substitute. 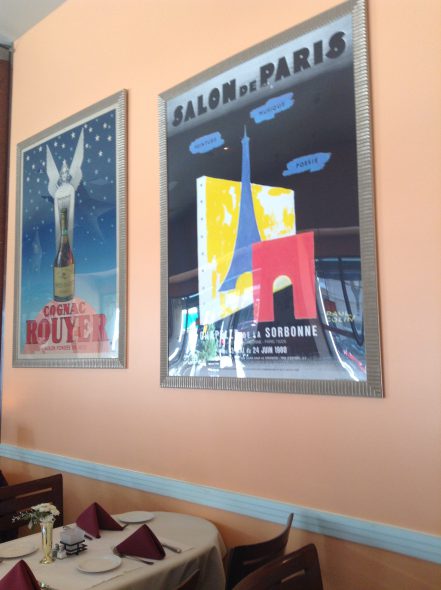 For people who come solely for the food, and that’s often me, though I did love the old Pastiche atmosphere, the one- star restaurant ambience will be irrelevant when five-star dining takes over.

I can’t recall a single disappointing bite, from the dessert friends and I shared, to every dish sampled on two visits. For example, Flourless Chocolate Cake, a fudge-like slice of heaven, topped with ganache and chocolate mousse sits in a puddle of raspberry coulis and crème anglais. If that’s not enough, a scoop of house made raspberry sherbet and some crème chantilly adds more complexity which lightens the dense chocolate cake. This generous serving, enough to share, leaves us speechless with delight.

At dinner, small dishes of marcona almonds and olives provide nibbles while we wait with our wine for Pastiche Onion Soup. Served in a small pottery bowl, it oozes with melted gruyere which runs off the edges and down the sides. It’s so thick, packed with caramelized onions and more cheese, that I could easily replace my spoon with a fork, but then, I would miss the rich broth which can only come from hours of simmer.

Entrees likd Trout Almandine, the daily special, and Raie au Burre Noisette, or skate wing are equally delicious. The trout, as advertised, with almonds, brown butter, and haricot verts is a classic presentation. The skate, lightly sautéed, topped with plentiful capers, brown butter, and a drizzle of fresh lemon, is meaty, tender, succulent, with a hint of sweet, not unlike scallops or lobster. The fish, which takes up most of the plate, looks like a bird’s wing, or the bottom of a child’s snow angel. Crisp, tender haricot verts add color and texture, while Potatoes Dauphinoise strangely resemble my mothers scalloped potatoes from the fifties.

We leave no crumb behind from the Lemon Tart we order for dessert. It could pass as Key Lime Pie: tart, yet sweet and sour with a buttery crust.

We enjoy attentive service, almost overly attentive. It feels a bit like eating in restaurants in Mexico where waitstaff hover, tend to whisk plates as customers fork their last bite.

I return for lunch to see what the chef does with the Croque Monsieur. Recently I’ve had it baked, fried, toasted, grilled, and served with and without mornay sauce. At Pastiche, the chef layers shaved ham, gruyere, adds a hint of mustard, then, serves it open-face on toast topped with plentiful mornay and finished under the broiler. It may be the best croque from my recent samples.

All the sandwich entrees offer a choice of gaufrettes, thin-sliced fried potatoes, pommes frites, or fresh fruit. When our server mistakenly brings potatoes instead of the fruit my friend ordered, he immediately returns with a complementary plate of fruit. The pommes frites have their own cute little ketchup bottle; the fruit is an artful display of melons, pineapple, and blueberries.

Vegetarians will find two entrees on the lunch and dinner menus, Mushroom Risotto and Ratatouille, plus Roasted Beet and Orange Salad, Plat De Fromage, and those perfectly seasoned Pommes Frites found on the Appetizer Menu which come with a choice of garlic, spicy, or truffle mayonnaise.

If a restaurant resides inside a hotel, breakfast will likely be an option. Pastiche’s menu includes the usual: quiche; omelets; eggs benedict; the croque monsieur; and four specialties. That’s where it gets interesting. There’s Roast Beef Hash, Crepe du Jour, and Bread Pudding French Toast, bread pudding dipped in egg batter and fried. For that plate of decadence, I hope they include an ample pitcher of Wisconsin maple syrup. 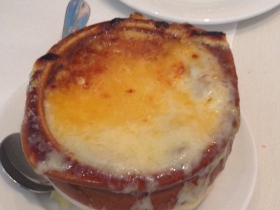 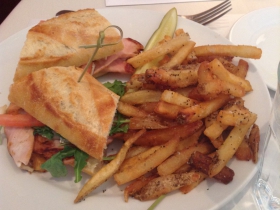 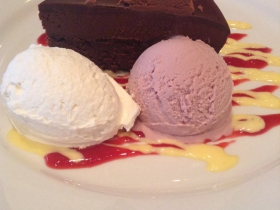 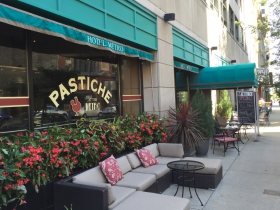 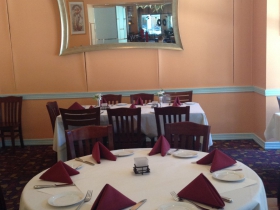 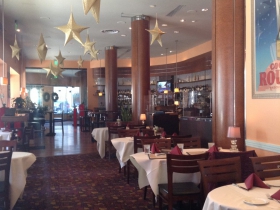 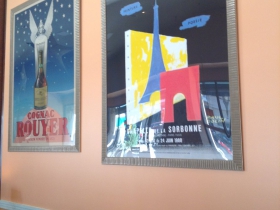 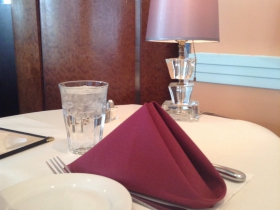 3 thoughts on “Dining: Food At New Pastiche Is Sublime”