Plaza would be created by closing off 4th St., could include ice rink and farmers market. 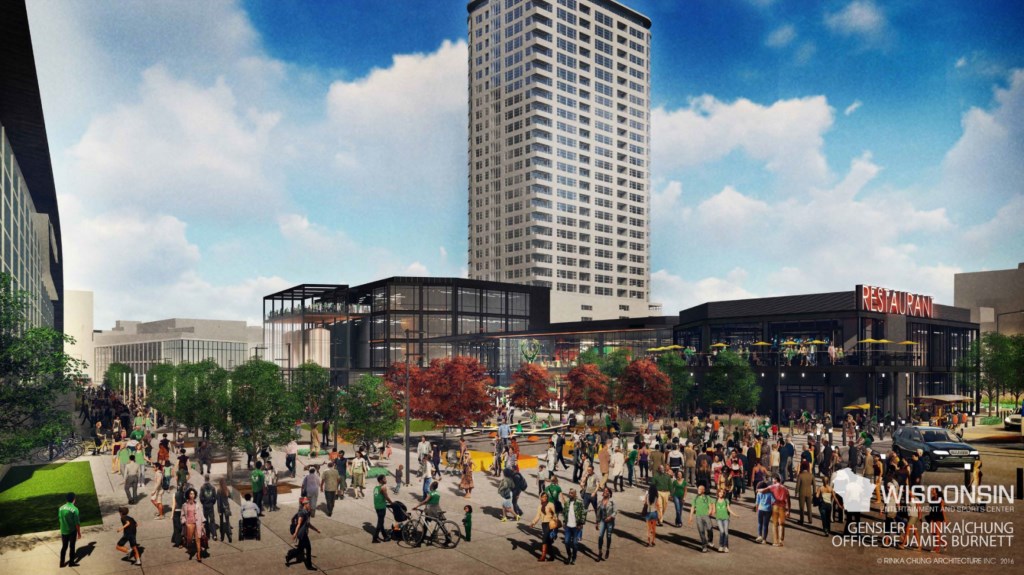 The design for a pedestrian mall as part of the new Milwaukee Bucks arena and entertainment complex was recommended for approval by the Common Council’s Public Works Committee Thursday, and included several new potential uses, including an ice rink and farmer’s market.

As with other aspects of the sometimes controversial arena project, the pedestrian mall itself is not without detractors. But officials from the Bucks organization see it as another piece of their development that should contribute to the community.

The pedestrian mall, if given final approval by the full council, will take up N. 4th St. between W. Juneau Ave. on the north and W. Highland Ave. to the south.

The mall will feature trees and shrubbery and inclined lawns throughout, with a 12,300-square-foot events area in the center. There will also be outdoor dining opportunities and a plaza.

Some ideas presented to the committee for possible activities in the space, which will operate as a year-round public plaza, included farmers markets and art shows, a 4,800-square-foot ice rink, and basketball courts for tournaments. The events area, adjacent to the plaza, would feature live music.

“It’s been fun to see this evolve from initial renderings,” said Ald. Jim Bohl, noting that the addition of the green space and foliage was a nice touch.

The city still technically maintains ownership of the plaza as a public right of way, according to Mary Schanning of the city attorney’s office. But it has been leased to the Wisconsin Center District, which has in turn sub-leased it to representatives of the Milwaukee Bucks, who will be responsible for day-to-day management of the mall.

As a public right of way, public access and traffic related easement is mandatory. Still, the Bucks organization can still seek a permit to close the street for private, but limited, purposes.

The Bucks organization, president Peter Feigin said, will operate the arena complex as a city attraction 365 days a year. The pedestrian mall is an important part of that puzzle.

Feigin sees the plaza as an addition to the community, for the people that he hopes will come to live and work in the area as a result of the arena.

Still, for some, like Ald. Mark Borkowski, a past opponent of the Buck’s arena project, this is another piece of an equation he doesn’t think will add up.

“I hate to be the wet blanket and the naysayer and this glass half empty,” he said. “But, I would like someone to explain to me, are people’s discretionary dollar getting bigger for some reason?”

Borkowski, the committee chair, was the lone dissenting vote when the Common Council agreed to close 4th street for the pedestrian mall.

He told Urban Milwaukee he’s concerned the mall is another part of an attraction that will dissuade consumers from spending their entertainment dollars on other local businesses.

“Can we all coexist together?” he asked. “My fear is that we cannot.”

But Borkowski voted yes anyway and the design was approved in the committee by unanimous vote. It will now go to the council for final approval.

The pedestrian block is one of many pieces of the greater arena project. My colleague Jeramey Jannene previously covered the adjacent “Live Block” proposal, which will connect with the plaza to form the primary entrance to the arena. 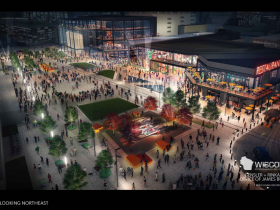 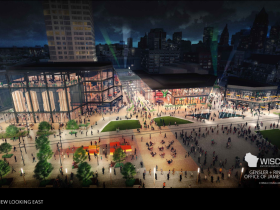 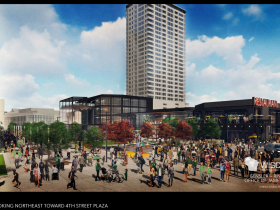 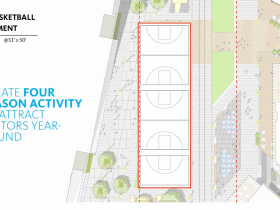 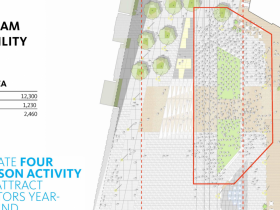 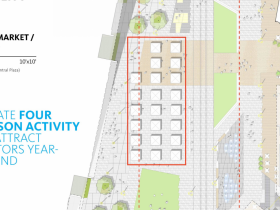 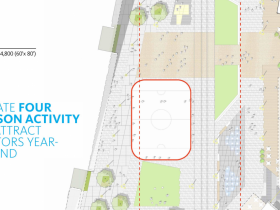 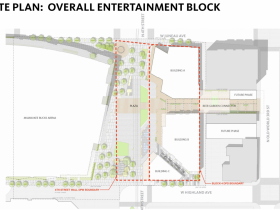