From multi-family to single-family.

The year 2016 was a good one for House Confidential. We were able to look at dozens of homes of every type in the city, selected suburbs, and even a bit beyond. Our top story was about a mansion in Janesville, yet we were able to find a local angle to it.

With the exception of that home, all of those featured were visited personally by the author, usually by bicycle.

How We Do It

House Confidential is, at its core, an exercise in First Amendment freedoms. All of the information delivered in a House Confidential column is derived from public records and the personal observations of the author. All photographs are taken from the public right-of-way. The addresses of the homes are typically not published, the notable exceptions being those in readily identifiable multiple-unit buildings, or for public officials whose addresses are public record.

Assembling a House Confidential requires a trip to several offices in the City Hall complex, where much relevant information is stored on microfilm, microfiche, and even trusty old manilla file folders. This research is all “Google-resistant” — there is no means to extract this data, other than by time-consuming personal research.

The site visit often produces the best nuggets, like an assessor’s opinion of the condition of a property, a real estate advertisement from decades ago, or a never-before-seen photograph of a building.

In 2016, some of this legwork was done by interns Dylan Deprey and Jordan Garcia, whose assistance is deeply appreciated.

Assistance has also been cheerfully provided by the staff of the Legislative Reference Bureau in the basement of City Hall, and by its neighbor, the City of Milwaukee Historic Preservation Commission.

One of the pleasures of House Confidential research was discovering the names of past owners and then Googling them in the Historic Newspaper Index of The Milwaukee Journal and the Milwaukee Sentinel. However, in August, this once-dependable well of information dried up overnight as I was researching the Frederick C. Bogk home, designed by Frank Lloyd Wright.

Bogk had a Google-able name, and since he had been a Milwaukee alderman, certainly the archives would have been filled with stories about him and the prominent architect who built his home. But there was nothing, which led to coverage by Urban Milwaukee of how the newspaper search engine had been yanked by Gannett shortly after its purchase of the Milwaukee Journal Sentinel. It has still not been replaced or revived. The loss of the archive has been felt by writers, historians, researchers, genealogists and others throughout the community. We here at House Confidential have done our best to cope with the loss.

And now, in ascending order, the Top 10 House Confidential stories of 2016 as gauged by the number of readers: 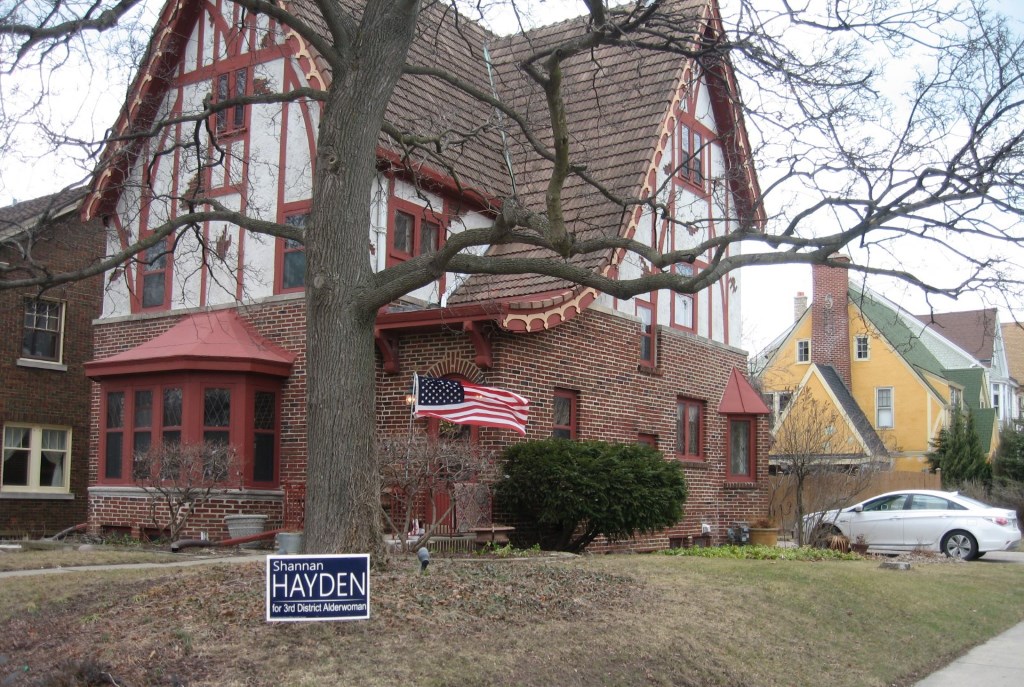 Shannan Hayden ran unsuccessfully for the 3rd aldermanic district seat held by Ald. Nik Kovac, and House Confidential published this story just before the election. Were it not for this foray into public life, Ms. Hayden and her home would not likely have been featured. Interestingly, Kovac’s home was number 11 on the list of most popular. 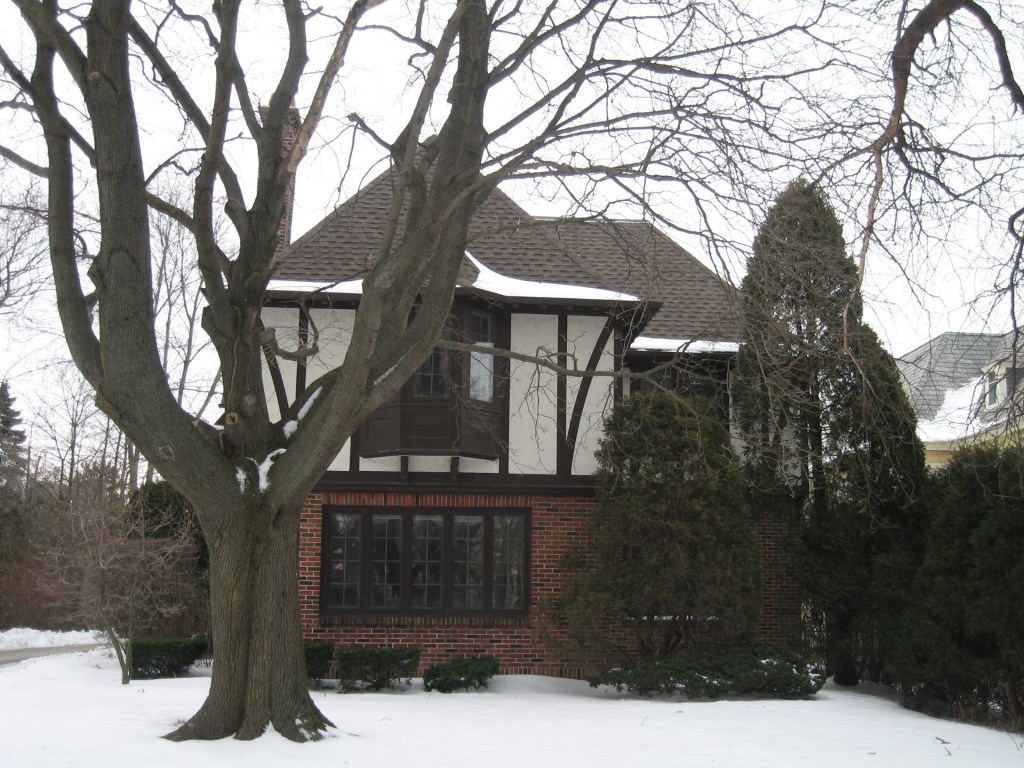 Former Representative to the Assembly Dr. Sheldon Wasserman lost his seat when he unsuccessfully challenged Republican Sen. Alberta Darling in 2014. After sitting on the sidelines for a brief period of time, Wasserman emerged as the only candidate to replace retiring Supervisor Gerry Broderick when this House Confidential was written in January. The story was noteworthy because of Wasserman being a former and future elected official, and because the County Board was undergoing a change from full to part-time status, with a considerable wage reduction. Wasserman, and his Lake Drive mansion, could represent a new class of wealthy public citizen/legislators on the board, though is but one such example to date.

8. The Mansion Where Nuns Lived 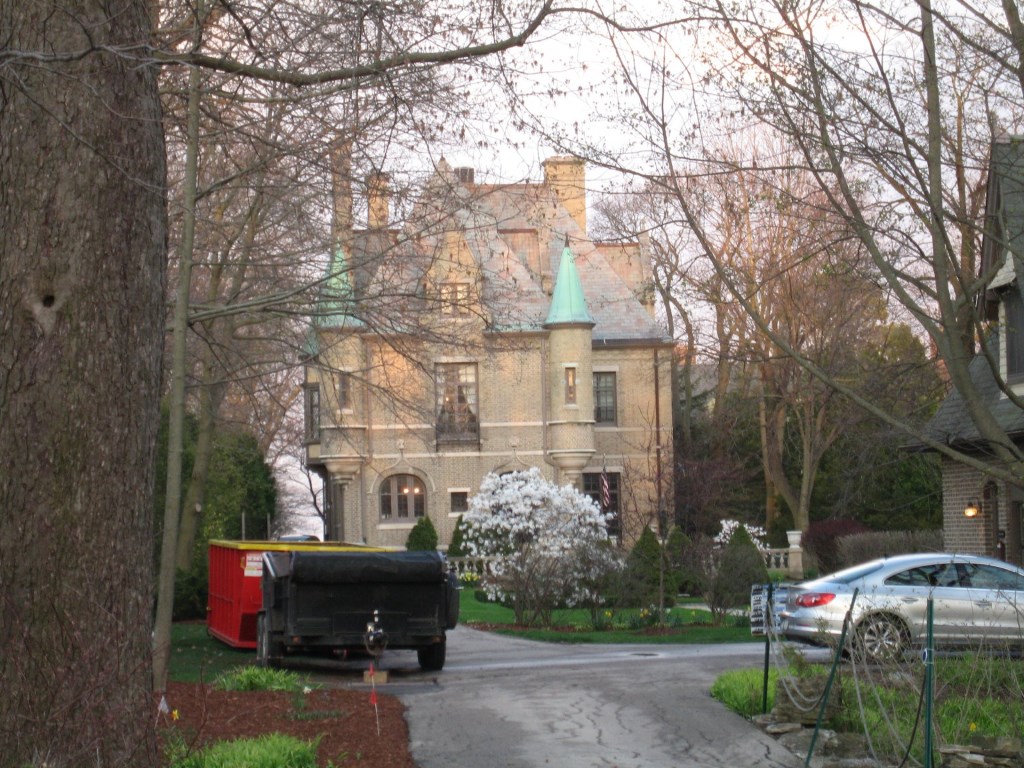 The Mansion Where Nuns Lived. Photo by Michael Horne.

Mansions are always popular with House Confidential readers, and this old pile on Lake Michigan is occasionally open to the public for theatrical and musical performances. It was built by the wealthy daughter of Milwaukee pioneer Edward D. Holton, based on a place she admired in France. The home was occupied by nuns both Catholic and Episcopal (not at the same time) before becoming a very large private home once again. The house also gave the author a chance to talk about the oroginal family’s connection with novelist Henry James, and Holton’s prescient words about Milwaukee’s founders, uttered in 1858. 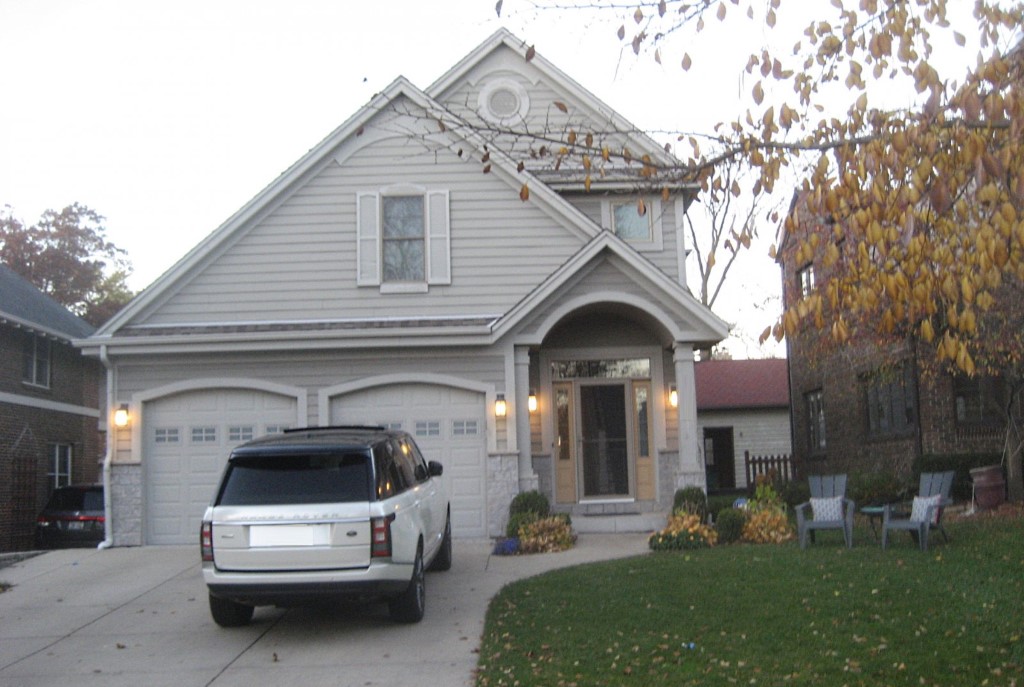 Sports figures are popular House Confidential topics, and Milwaukee native Steve Novak, who plays for the Milwaukee Bucks, was a natural choice. He lives in an infill home in a quiet part of Whitefish Bay. (All Whitefish Bay is quiet). This story came out right around the beginning of the basketball season, and just after Halloween when all of the residents of the village seemed to be out on the street raking leaves. 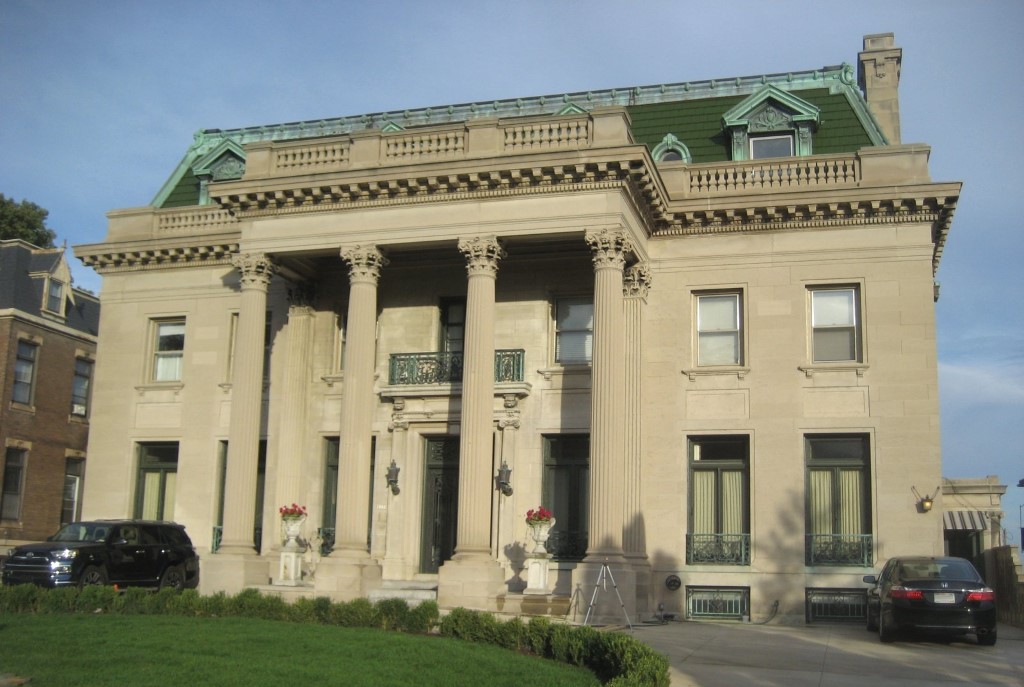 Fabulous homes like this one on N. Terrace Avenue always have an appeal. This was the last story that was able to use old newspaper archives to flesh it out, otherwise I wouldn’t have known that Mr. Pabst died in an Oconomowoc home more than twice the size of this monster. An added hook was that it was being remodelled under new owners, with a significant improvement to the landscaping.

5. The Town’s Most Ship-Shape Home 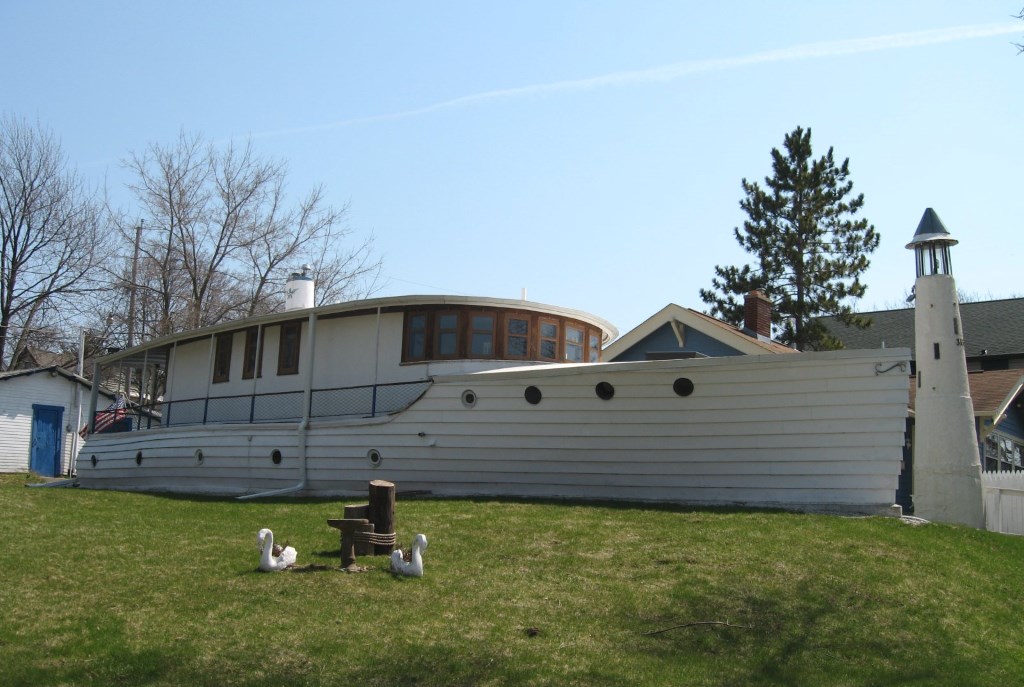 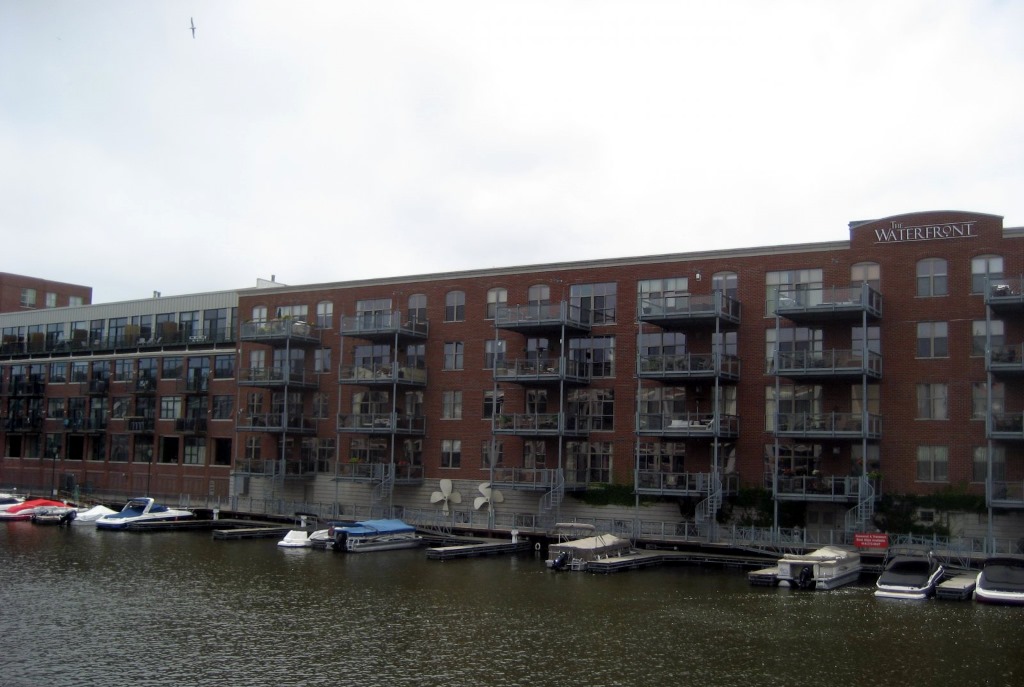 The Waterfront. Photo by Michael Horne.

This story has sports and rich guy appeal. Young Alex Lasry, son of a Bucks owner, gets a bargain compared to what this condo would have cost in his hometown of New York City. 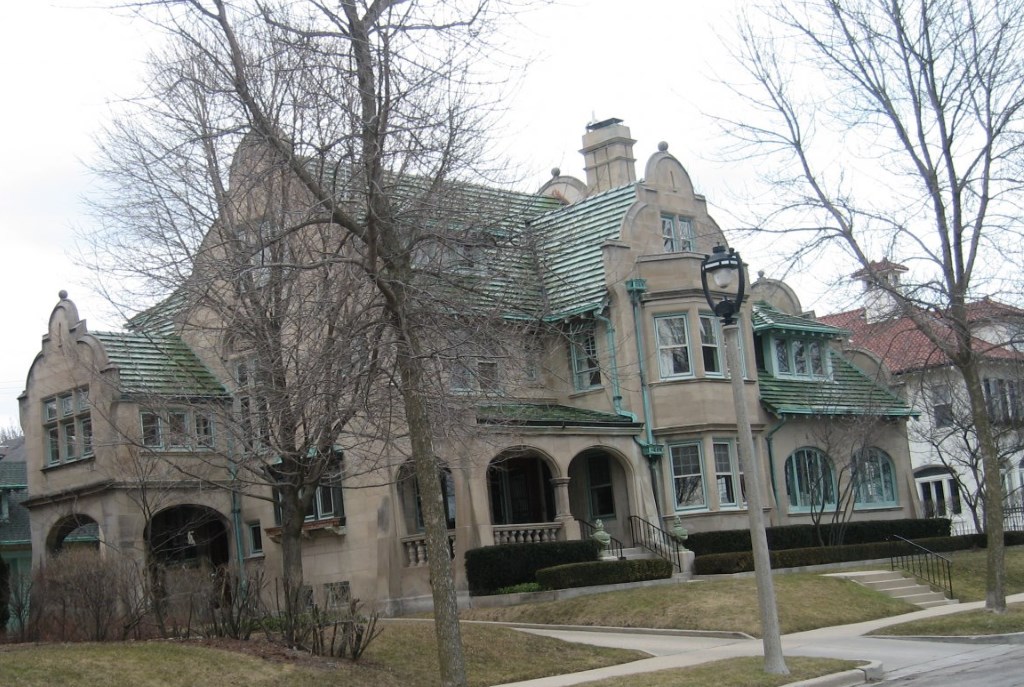 This house, belonging to real estate executive James Barry III, is held by a trust. Such strategies are used to screen the true owners of properties in some cases. The city attorney grapples with these trusts when trying to penetrate the ownership of problem properties, of which this is decidedly not one. Also popular because of its being a mansion on the lake.

2. The Two Homes of Rebecca Bradley

Another popular story written during the height of the campaign season, when Justice Rebecca Bradley, the darling of most conservatives, successfully battled to retain the Supreme Court seat to which she had been appointed by Governor Scott Walker. It turns out that Bradley, who is single, has a large home in Wauwatosa and a good-sized condo in the Brady Street area. Precisely why was not clear. 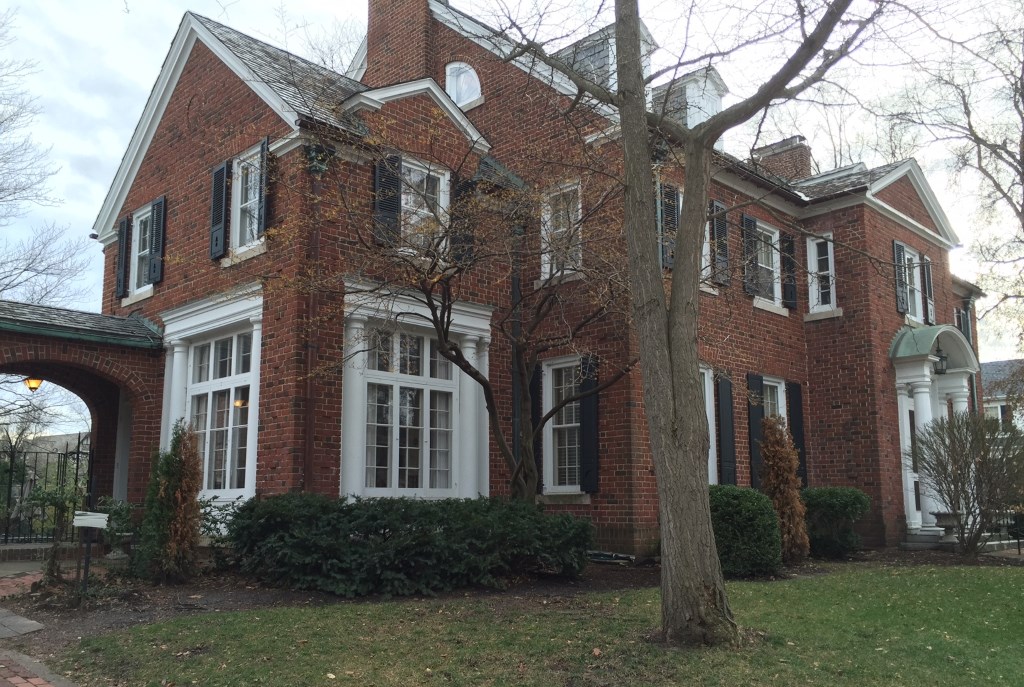 The most read of the 2016 House Confidentials was the story of the Janesville home of Paul Ryan, the Speaker of the House of Representatives.

The story had star appeal thanks to Ryan’s high position and national influence. Also, it is another of the mansions that are so popular with the readers. Ryan squeaked into the lineup thanks to the gerrymandering which gave Milwaukee County a total of four congressmen — half of the state’s delegation, despite its having only 2 per cent of the land area and 16 per cent of the population. Ryan’s district includes the Milwaukee County communities of Oak Creek, Franklin, Hales Corners and Greendale.