The Two Homes of Rebecca Bradley

Judge has Tosa Colonial and a Lower East Side condo near all those gays she condemned.

Rebecca Lynn Grassl Bradley, who was appointed to the Wisconsin Supreme Court last October, is the first Milwaukeean to hold a seat there since Louis B. Butler, who was defeated for election in 2008.

Since we have a justice on the “Milwaukee Seat” once again, House Confidential thought it would be nice to take a peek at her private quarters, not at all expecting that the tennis-loving jurist has both a large suburban residence and a fun and funky downtown condo. The two together are assessed at over $600,000.

We shall visit these homes in the order in which they were purchased by Bradley, who has been much in the news about her previous anti-gay writings that came to light this week. What kind of “lifestyle” does the conservative justice enjoy herself?

Justice Bradley claims that she is free of the bias she felt against gays way back in 1992.

Let’s put a positive spin on her renunciation!

Let the voters know that in 2003 she invested $250,000 in a 1,218 square foot two-story, 2 bedroom, 2 bath condominium unit in the Lyon Court Condominiums, located in the Lower East Side, Milwaukee’s most gay-friendly neighborhood.

Here, at the intersection of Sodom Lane and Gomorrah Boulevard, [E. Lyon and N. Van Buren streets], Bradley’s home is within sight of Hybrid Lounge, a self-proclaimed Gay Bar. It is just the sort of place, to use Bradley’s 1992 words, where “degenerates who basically commit suicide through their behavior,” can enjoy a cocktail and watch Ru Paul’s Drag Race while they await the inevitable results of their “abnormal sexual preferences.”

Across the street from her home is Coffeetails, another bar that does not discriminate on the basis of “irresponsible morals.”

Bradley’s condo, in a 45-unit, five-story building constructed in 1999 by New Land Enterprises, is also a convenient walk from the BESTD clinic, which for decades has provided free, anonymous testing for sexually transmitted diseases, including AIDS, the “politically correct disease,” as the future judge once termed it. It is located on E. Brady St., which is famous for the drag show that accompanies its annual street festival. Bradley can catch that action from her home, too.

The Pick ‘n Save grocery store directly across the street sells prophylactics, although Dr. Bradley warned that “condoms are not a reliable enough means of preventing the disease,” in one of her nonsensical AM talk radio-influenced observations.

How to escape this hell? That may be a question for the justice to ponder, perhaps while reviewing the monthly bills at her other residence. The fact of the matter is she’s under water, as they say, on the value of this condo. She paid $250,000 for it 13 years ago; today it’s valued at just $200,200. If she wants to sell, maybe she can hire some gays to decorate it tastefully so it can fetch a better price. 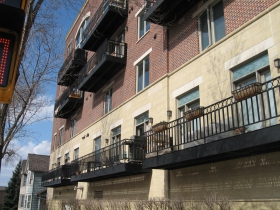 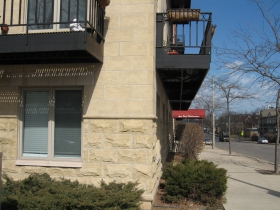 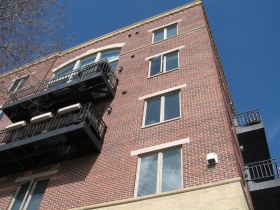 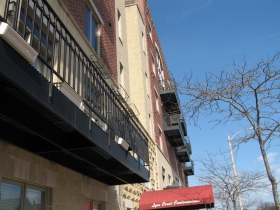 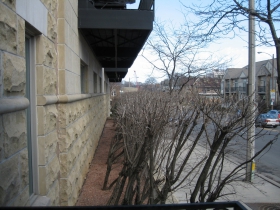 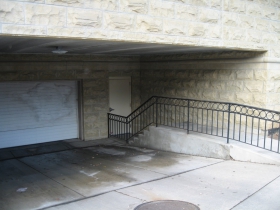 When Rebecca Lynn Grassl Bradley was pulled over for speeding by officer Matthew Menard of the Columbia County Sheriff’s department on June 14th, 2012, she gave a Grand Parkway, Wauwatosa address as her residence.

She bought the 3,464 square foot, 9-room home on July 6th, 2006, for $395,000. This was during the time she was working as Vice President of Legal Operations for RedPrairie Corporation, the Waukesha-based company whose now infamous CEO John Jazwiec blasted Milwaukee as a “high crime” city that is “going downhill.” Bradley’s new residence might have been seen as more appropriate for someone looking to rise in Republican circles, and provided her with a less-liberal sounding voting address.

Yet she retained her downtown pad right in the middle of all the “promiscuous homosexuals” and “fringe” groups of “liberal activists” she complained of in her college writings.

At her other, non-city residence, Bradley could banish those worries about “AIDS awareness,” “Gay, Lesbian, Bisexual Affairs,” and the antics of the “Queer-loving” president Bill Clinton and quietly contemplate the real issues like “balanced budgets, term limits, school choice and litigation reform,” that make her a darling of the conservative Federalist Society, of which she is a member, having also served as its Milwaukee president.

Her 5-bedroom, 2-1/2 bath brick colonial in Tosa is located on a 9,583 square foot lot, and was built in 1925 in Wellauer Park, just south of W. Wisconsin Ave. The subdivision was originally named “American Heights,” and had once been the property of Harrison Ludington, a 19th century Wisconsin Governor. The dignified Colonial residence was also just 10 doors away from the longtime residence of current Wisconsin Governor Scott Walker, who has thrice appointed Bradley to judicial positions.

In 1948 it was advertised as a home that seemed fit for a justice — maybe even a Chief Justice! It had:

“a large living room, a Natural Fireplace, a sun room with a tile floor, a dining room, kitchen, breakfast room and powder room” on the first floor.

The first floor also had a “reception hall,” where visiting justices could drop their cartes de visite on the silver tray atop the mahogany sideboard before returning to Madison in a gallop on their coaches drawn by a matched team.

The second floor includes a “large library on the landing and 3 bedrooms.” The third floor offers a “maid’s quarters with bath and children’s playing room.”

This home is not only more appropriate for a rising conservative politician, but a better investment than Bradley’s downtown pad. It is now assessed at $405,000. 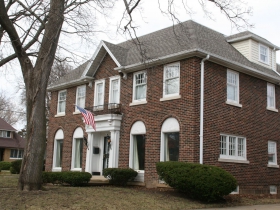 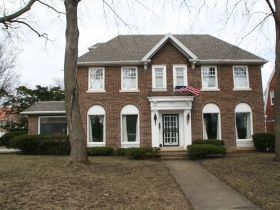 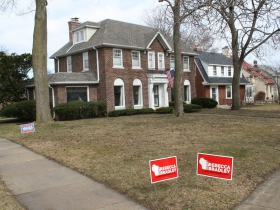 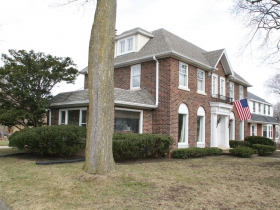 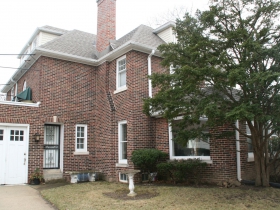 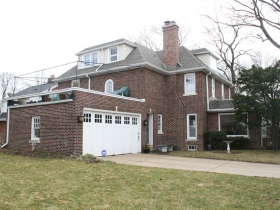 About that Speeding Ticket

Rebecca Grassl Bradley [UW Law 1996] (Wisconsin State Bar Member #1021943), served as her own attorney when she initially contested her speeding citation in Columbia County. She later changed her plea in case 2012TR004390 and paid a $175.30 fine after pleading “No Contest.”

In her campaign materials and in news stories, the Wisconsin Supreme Court’s newest member goes by Rebecca Bradley. Her student writings quoted her were issued under the maiden name of Rebecca Grassl.

However the justice also styles herself as Hon. Rebecca Lynn Grassl Bradley for her bar admission, her voter registration, her driver’s license and in her legal cases, which include her April, 2004 divorce from Gordon J. Bradley, Milwaukee County Case 2004FA002772.

Grassl Bradley has since announced her engagement to marry again.

Has Bradley Changed? Should Her Apology Be Accepted? 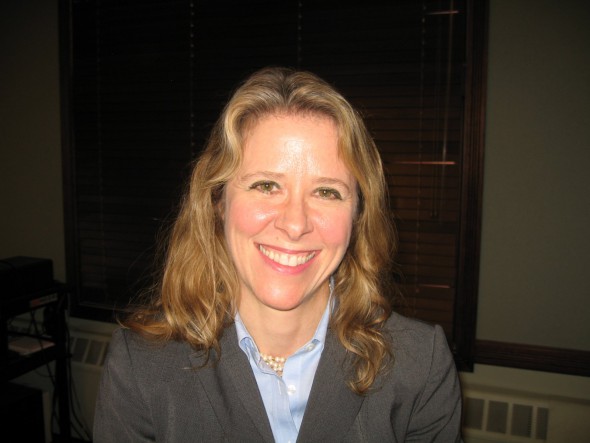 In 1992 student Rebecca Lynn Grassl wrote items in the Marquette Tribune writings excoriating gays and the “queer-loving” President Bill Clinton. Her extreme views were pretty much cut-and-pasted from the angry rhetoric of AM talk radio hosts like Charlie Sykes. They offended not only gays, but a large segment of the community that cared about justice, equality, and the public health crisis of AIDS.

This week, when the writings were uncovered by One Wisconsin Now, the author had no choice but to apologize.

She made a public statement that she was “horribly embarrassed. Those words in no way reflect the person I am today.”

The pulpit for her message?

The Charlie Sykes show on WTMJ-AM 620.

Sykes may be a good father/confessor figure for Supreme Court Justices — a former one is the mother of his children — but as an avenue of atonement for grievous sins, his platform likely falls short of the mark of what is expected by the gay community and by others.

Bradley, the only current Supreme Court member from the Milwaukee area, was appointed to her position in October by Gov. Walker, and faces a close race with JoAnne Kloppenburg for a full ten year term. The revelation of the old writings a month before the election could play a crucial role in the outcome.

Here is how she explained her controversial writings:

“To those offended by comments I made as a young college student, I apologize, and assure you that those comments are not reflective of my worldview.

It doesn’t take a constitutional scholar to notice that her apology is directed only to “those offended.”

Also, her claim that her mindset as an adult in 1992 has “nothing to do with the issues facing the voters of this state” in 2016 is clearly untrue.

The latter two items are clearly “issues facing the voters of this state” in 2016, just as they were when the aspiring Federalist was spouting her opinions about the sexual practices of “degenerates.” Speaking as one of “those offended,” Bradley’s writings still seem quite relevant in helping us understand her world views.

Wanna Be A Judge? Apply Here

Governor Walker has an on-line application form for those who would like to be appointed to a vacant judicial position in Wisconsin. As with previous governors, Walker tends to choose judges from his own party to fill the vacant non-partisan offices.

How can that be done? A look at Section XV of the 13-page application gives a clue:

I have contacted the Governor’s office asking for a copy of Bradley’s filled-out application.

How Milwaukee Is It? The Residence is 1 mile from City Hall.

How Milwaukee Is It? The residence is 6 miles from Milwaukee City Hall

With additional research by Dylan Deprey

36 thoughts on “House Confidential: The Two Homes of Rebecca Bradley”