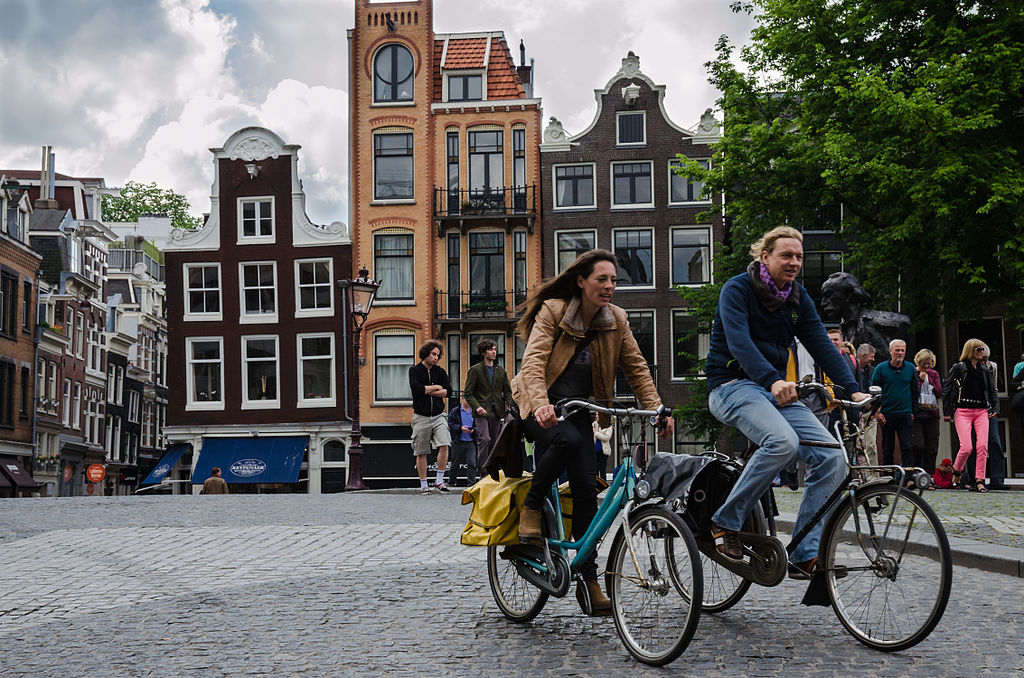 Here at the Bike Fed we believe strongly that it’s not us versus them. Instead, we like to think that, no matter how you travel, we’re all on the road together.

And there’s mounting evidence that we’re right. A recent survey by the web app Waze found that the most satisfied and happy drivers in the world are in the Netherlands. That’s right, Holland, the very capital of bike friendliness, is also a friendly place to drive a car.

To quote Waze, “The Dutch driving experience can’t be beat! Despite the fact that the Netherlands is one of the most densely-populated countries in the world – behind Bangladesh, South Korea and Taiwan – the country performed best overall and outranked all other countries with the least amount of traffic.”

The app surveyed 50 million users who reached their conclusions based on such factors as traffic level by frequency and severity of traffic jams, road quality and infrastructure, driver safety based on accidents, road hazards and weather, driver services like access to gas stations and easy parking, socio-economic factors including access to cars and impact of gas prices, and “Wazeyness,” the level of helpfulness and happiness within the Waze community.

It shouldn’t be surprising that places that are safe and fun to bike in are also safe and pleasant to drive around. We know that fewer collisions happen when roads have sidewalks or marked bike lanes. A recent study found that after two streets in Minneapolis were converted to be more bike friendly not only did bike traffic increase by 43 percent, but all vehicle crashes decreased while traffic efficiency was maintained and parking revenues stayed the same. One reason for this is that marked bike lanes encourage driving at safer speeds.

There’s also evidence that good cycling facilities increase property values. A study from Normal, Illinois found that property values increased by 50 percent in its downtown when the city added treatments to make the area more bike-friendly and walkable. And real estate values within a block of Indianapolis’ Cultural Trail, an eight mile biking and walking trail there, rose 148 percent.

The benefits of cycling for personal fitness and for clean air are well documented. But the broader benefits for society are just becoming better known. Making a community better for cycling makes that place better for everyone, even if you never get out of your car.