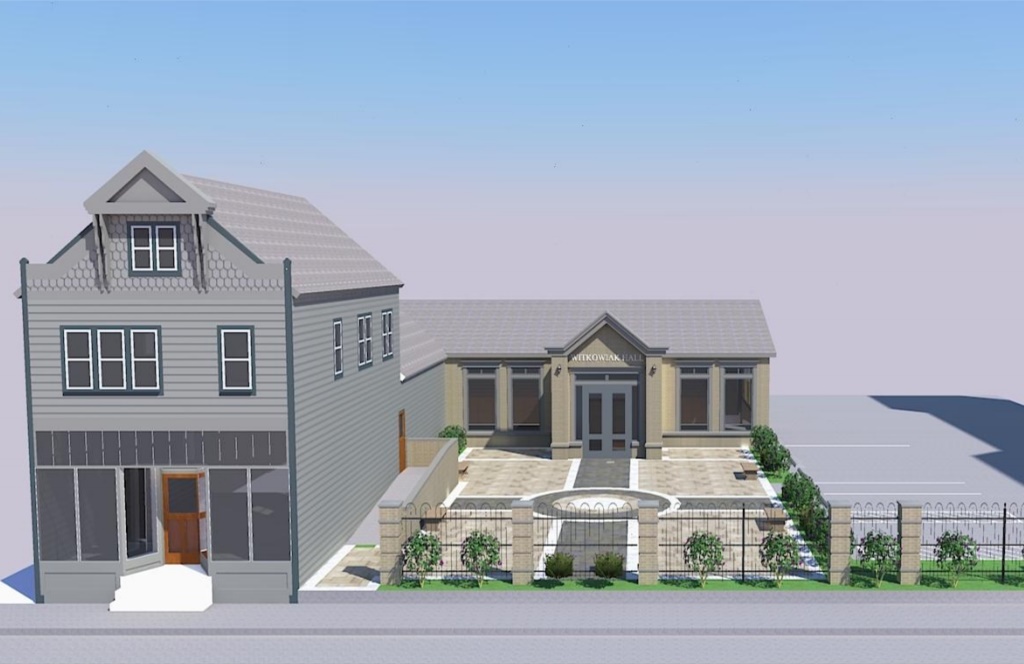 Former Alderman Jim Witkowiak is one step closer to development of a one-stop funeral shop on Historic Mitchell Street, having received approval Monday from the Historic Preservation Commission (HPC) for plans to add a banquet hall and open courtyard next to his funeral home.

The development will take place in the three lots next to his funeral home at 529 W. Historic Mitchell St., and will see a floral shop and banquet hall, with an open-air plaza in fine view of St. Stanislaus Catholic Church across the street. 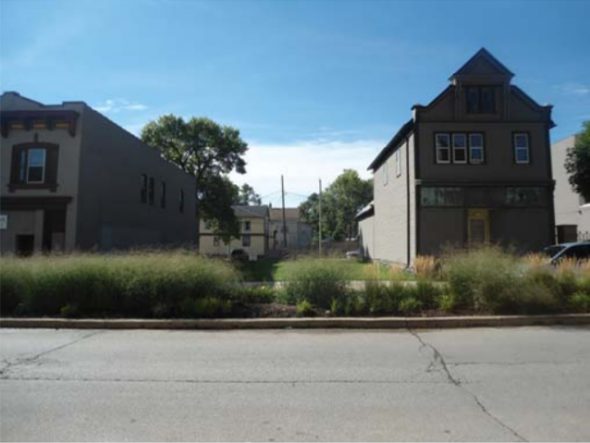 The plan involves moving a vacant building at 515 W. Historic Mitchell St., originally built in 1884, and developing two lots further north towards S. 5th St. owned by Witkowiak Funeral Home. An addition is planned to be constructed on the south wall of the vacant building, taking up half of the empty lot, and to be used as a banquet hall. In front of the banquet hall will be a fenced-in, open-air plaza landscaped with paving brick. The relocated vacant building will house a floral shop in the front and a kitchen for the new banquet hall.

Right now, when a funeral party finishes with a wake they usually tend to file out onto the street, creating an obstruction on the sidewalk, Witkowiak told the commission. The new plan keeps everyone on his property, and also provides handicap accessibility to the businesses.

He also suggested the floral shop would be a value to the neighborhood, as his funeral home, St. Stanislaus and St. Anthony elementary and middle school (located three blocks south near the corner of W. Historic Mitchell Street and S. 9th Street) would all find the local shop useful.

Witkowiak told the commission he has long thought of having a banquet area for the funerals held at his business, since “probably 50 percent of the funerals we do, people ask us where can we go afterwards.” But he added, “There’s something sacrilegious to me about chomping on a sandwich and visiting with the family of the deceased at the same time.” His plan places the two functions in different buildings. The planned hall will be one-story with a gabled roof, cedar siding and a brick base. The brick base sample still requires inspection from the HPC and the cedar siding must be painted.

Matthew Jarosz, HPC vice chair, voiced concern over the plaza being in the front of the banquet hall because of possible noise on Mitchell Street, but added it was not a deal killer. The plaza was planned for the front of the building to give an unobstructed view of the church, according to Witkowiak and his architect Luis Barbosa of BMR Design Group, Inc. The plaza will be fenced in by brick piers and metal pickets. It will feature a paving stone design and have benches for patrons. 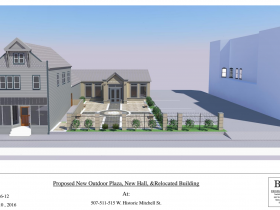 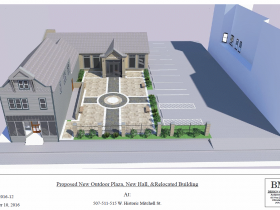 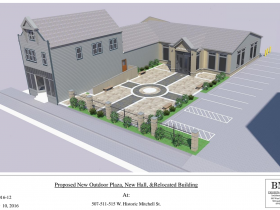 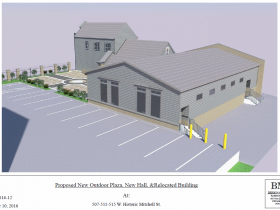 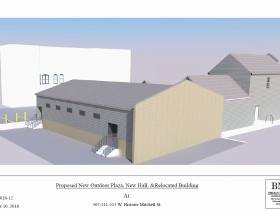