Restaurant Owners Have Lots of Land 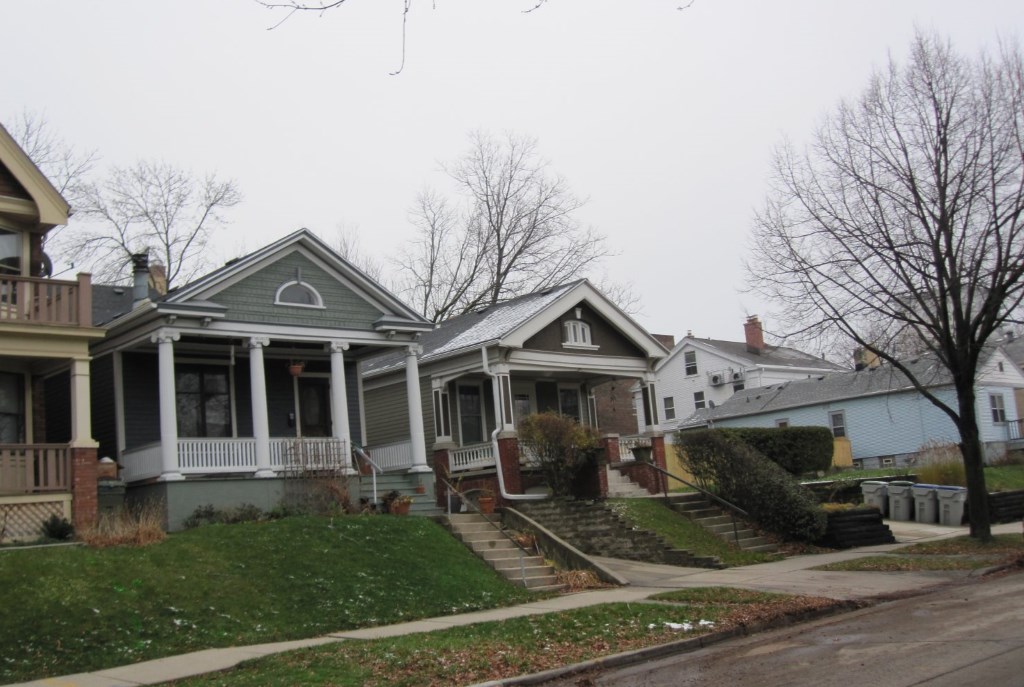 In addition to being business partners Scott Johnson and Leslie Montemurro are also neighbors. Photo by Michael Horne.

Scott Johnson and Leslie Montemurro are business partners in a number of successful bars and restaurants in Milwaukee, including the Comet Cafe, Hi Hat Lounge & Garage, Balzac Wine Bar, Fink’s Tavern, and four BelAir Cantina locations, all under the Mojofuco, Inc. business name.

In addition to being partners in these ventures, Montemurro and Johnson are also neighbors, living next door to each other in old homes on the Lower East Side near Brady Street.

Not only do they share a driveway, but the partners also share in the ownership of their homes, along with two adjoining vacant lots, with both names listed on the deed — Leslie’s is first. However, they have the good sense to lead separate personal lives.

Their compound is a marvel, with an aggregate size of 15,067 square feet, or a third of an acre. A wooden fence, quite new, extends to the south of the homes, providing privacy from the street. The residences themselves are attractive, and show what can happen to a cottage when you dress it up with a well-proportioned front porch. Each has about 1,600 square feet of living area.

Johnson is a handy sort of fellow, and sweat equity continues to be regularly employed at the various Mojofuco, Inc. spots. Montemurro is always running around tending to the business details, so their porches, lovely as they are, seldom see their owners rocking upon them.

Yard is Filled with Outbuildings

Whereas most fellows like Johnson would be happy to carve out a man cave in their pad, Johnson’s back yard offers a veritable man amusement park.

Well, that’s exactly what the rear got when Johnson moved in in 2000, after he and Montemurro paid $305,400 for their homes. Johnson, a co-founder of Rockerbox Moto Fest and the Mama Tried Motor Show, is more of a cycle buff, and he is certainly an artist, has a lot of junk to store, and he has a hobby of endlessly fixing up taverns and restaurants, in addition to building new ones.

Indeed these aren’t just garages. We learn from a 1941 zoning ruling that one garage was to be erected for “the manufacture of products essential to the needs during the duration of the war; thereafter, said bld’g to be occupied for private garage purposes.”

At the time the homes and the factories in the back yard were owned by the Schlecht Machine Company. Way back in 1909 company owner Ervin Schlecht paid $350 to underpin the southernmost home. Building permit records are incomplete for the property, but in August 1911, a mason named August Wenzel did his part to work on a 24′ x 52′ x 19 foot “flat” constructed at a cost of $5,600 to the north. Schlecht lived on site.

In 1921 Schlecht raised the roof of the building, gaining more space in the rear.

In 1938, with the war approaching, Ervin Schlecht turned the south house in to a duplex for the amount of $550. He put a toilet and bath in a closet on the north side of the building, and moved the south door to accommodate the change. By 1957 he was getting $35 per month on the upstairs unit alone. In 1966 Scaffidi contractors gave the southern house a brick porch with planters, which remain.

In 1979 that building was listed for sale at $47,000. The bottom unit rented for $125 a month, while the top floor rented for $70 per month. The advertisement noted that the area was zoned for apartment use. In 1980, the assessor took a look and said the home “needs paint and maint.” Poetic, that.

In 1988 the home was bought for about $66,000 by John and Pati Ogden, who held it as an investment before selling it to the current owners. The Ogdens at the time lived just up the street, so they didn’t have to go far to collect their rents. Brady Street was pretty shabby in those days.

In 1991, Jerome Brish, a founder of the Milwaukee Punk scene, was murdered nearby while walking his dog from his home here.

The homes no longer need paint and maint, as Johnson and Montemurro have each put much work into inside and exterior renovations and maintenance. Gone is the asphalt shingling that looked shabby. In its place: fresh, crisp siding that shows off the homes’ best details.

The home on the northernmost of the two vacant lots at the south end of the compound was in rough shape in February, 1977, when the Building Inspection and Safety Engineering department sent a stern letter to the Schlecht family.

A building inspection “revealed extensive deferred maintenance. The wood post foundation is in poor condition. The interior is open to unauthorized entry. Window glass and sash are broken. … Floors sag. This building is unfit for further occupancy and use and unreasonable to repair.”

Richard Schlecht had by that time moved to River Hills, the land of unsagging floors and intact glass and sash, far from the turmoils of the city. On March 28th, 1977, he took out a permit to raze the home. The lot has been vacant now nearly 40 years.

The other now-demolished home lasted until this year, and still shows on the property assessment records, but is clearly no longer on site. It had been in the same hands since 1966 and was in poor shape before Montemurro and Johnson bought it for $55,000 in March 2016. 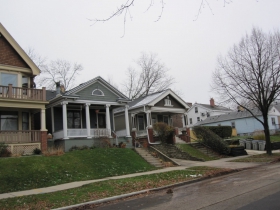 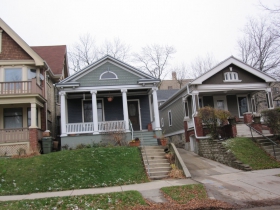 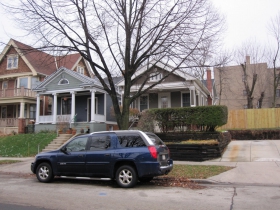 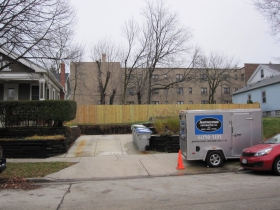 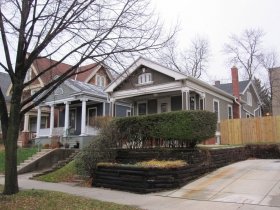 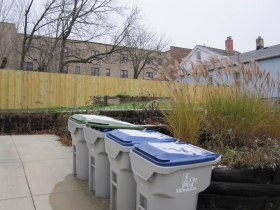 How Milwaukee Is It? The residence is 0.7 miles northeast of Milwaukee City Hall.