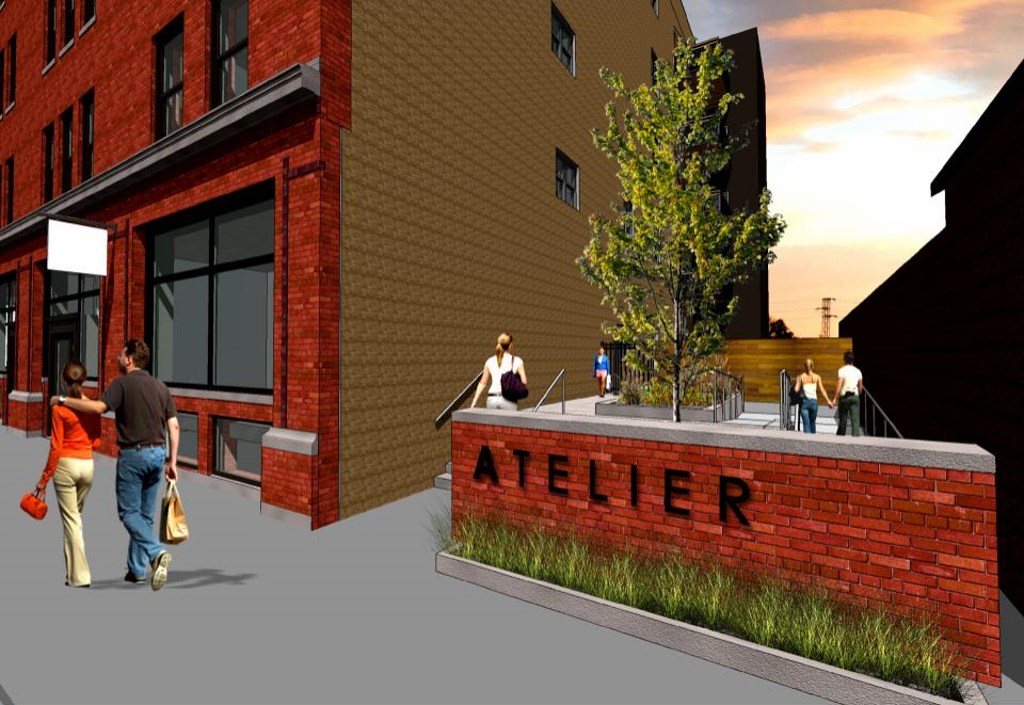 The proposal is by HKS Holdings LLC, which paid $2.9 million for the 49,340-square-foot, five-story building at 338 N. Milwaukee St. earlier this year. That sum is a significant premium to the building’s assessed valuation of $1,912,000.

The developers — Tyler Hawley, Joe Klein and Kyle Strigenz — plan to use historic tax credits to finance the renovation of the brick-clad concrete structure which they will brand as “The Atelier.” Their proposal calls for the addition of a single-story, four-unit penthouse atop the structure, which is on the southeast corner of N. Milwaukee St. and E. St. Paul Ave., immediately south of the elevated freeway and just a block from the Milwaukee Public Market. The first floor would be used as a retail space and the basement would be converted into parking.

The developers are working with architect Eric Ponto, a partner with Engberg Anderson Architects whose work includes the North End, Dwell Bay View, and Lighthorse 4041.

The building is a virtual cube, and was originally constructed as the Schuster Bros. tobacco warehouse and operated by Otto Kuehn. It was one of about 15 wholesale tobacco companies located in Milwaukee, which at the time was a center of the cigar trade. The building replaced a livery stable and a couple of frame buildings that had escaped the great fire of 1892.

Most recently it has been a wholesale window treatment company on the first floor, with offices above. For a couple of years it was the home base of Milwaukee Courier Company.

The current tenants are on month-to-month leases, and the building will be vacated by the end of the year. Then the demolition and reconstruction will take place.

The building has a huge sign on its northwest corner. Ponto said “I assume there is a window” behind the sign. There are also likely windows behind plywood in the raised basement area. (Most Third Ward buildings of the era are dock-high.) The front door would be restored, and structural work is already underway on the precious 1980s outdoor staircase. There is an inclined ramp leading to the staircase, but it is not ADA compliant.

This area, between the building and the Smoke Shop rib joint next door, will be remodeled with a compliant ramp and entrance to the apartments along with a mini-deck for the residents. The rear of the building has two recessed areas. One will remain for trash receptables, while the other will be converted into a parking ramp. The partners also own the parking lot across the alley to the east, and that will be available for residents’ use.

A Look at the Historic Tax Credit Process

Because of the intention to use tax credits, the plans must undergo state and the federal government scrutiny. This entails numerous reviews, rulings and determinations along with no small measure of uncertainty, Ponto said. His team has been down the Historic Tax Credit road before, he said, but “the Feds have changed their policies recently.”

He noted a utilitarian staircase added to the exterior of the building in the 1980s and said he hoped to cover the concrete masonry units (cinderblocks) with some material to make it less visible. But the National Parks Service, which handles federal tax credit applications, vetoed that idea, since apparently the 30-year-old addition is sufficiently venerable as to remain intact and inviolate. The NPS said Ponto could paint it if he would like, since painting is considered reversible.

The penthouse received conditional approval provided it was set back a complete bay — about 25 feet — on all four sides. Ponto submitted a plan for a glassy structure there, with tall ceilings and plenty of windows. The idea was that the addition should not attempt to appear old, which was traditionally a precept of the historic tax credit process.

Instead, the reviewers told Ponto to reduce the window area, and to lop two feet off of the height of the penthouse. There have been other surprises in this time-consuming process said Strigenz, who described a perfect Catch-22 situation.

The result: the developers and architect have to attempt to read the minds as best they can and submit their plans anew. This back and forth can take months. Working with the state of Wisconsin officials has gone more smoothly, both agreed.

Among the more curious elements of the building is a chimney that is visible protruding from the west wall on the N. Milwaukee St. facade. The stack extends down to the basement. All of the structure will be removed, with the exception of the visible portion above the roof. This will require special bracing to keep it in place, Ponto said. But it will make the National Park Service people very happy.

The members of the board, chaired by Ald. Bob Bauman, had few concerns with the proposal. One item beyond their purview did cause some discussion when Bauman noted the rooftop area surrounding the penthouses will be filled with air conditioning units. These are noisy, Bauman said, even for apartments that face an elevated freeway. But Ponto said he put them there to satisfy the inspectors, who did not want them to be visible, which they might have been had they been erected on the penthouse roof itself.

Even though there will be no mechanical equipment on the penthouse roof, the plans still call for an access ladder to be built to service the non-existent units.

Fun Fact: Although the building has 49,340 square feet of space as it is constituted at this time, some 17,000 square feet is considered “Support Area” and is not counted in the rentable portion of the building for assessment purposes. The assessor calculated the current market rate for the building’s rentable space to be about $10.50 per square foot per year. 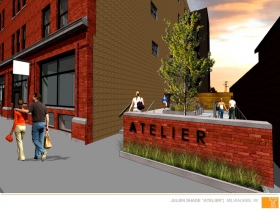 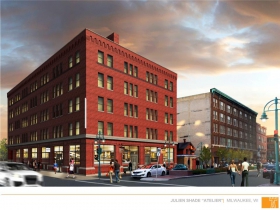 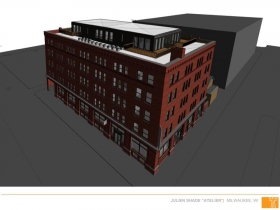 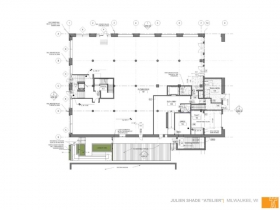 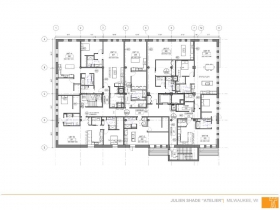 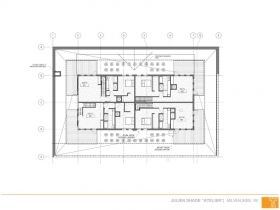