A Life of Fighting Poverty

By Allison Steines, Milwaukee Neighborhood News Service - Nov 18th, 2016 10:04 am
Get a daily rundown of the top stories on Urban Milwaukee 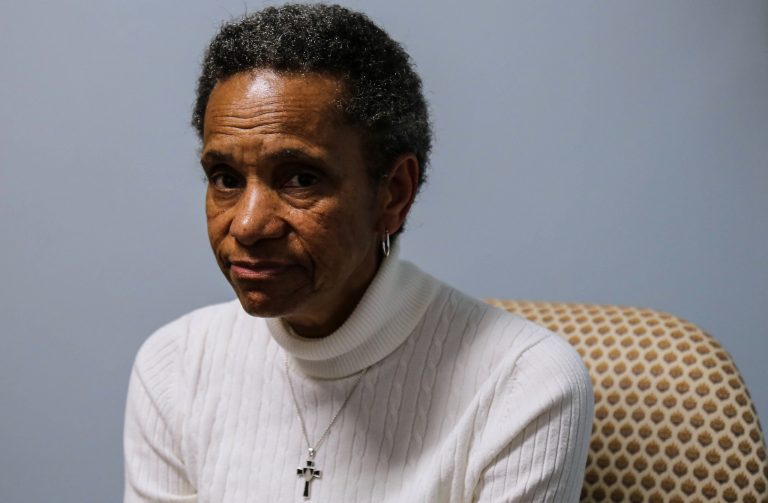 Sister Patricia Rogers, executive director of The Dominican Center for Women, works in the areas of education, housing, employment and health in the Amani community. Photo by Allison Steines.

Sister Patricia Rogers recalls the time when raccoons scratched away at the interior of walls and roofing inside the home of a woman named Mary. Similar to nails on a chalkboard, the raccoons racked their claws against plaster, desperately trying to break through. The noise was awful, unsettling; the walls cracked open in some places like a fleshy wound. The whole thing scared away the caretaker for Mary’s severely disabled son, Daryl.

Mary realized the raccoons had begun to interrupt the safety and comfort of her home, so she called animal control officers to take care of the problem. They refused. She then called Rogers, executive director of The Dominican Center for Women. Rogers answered with action.

Daryl was temporarily moved out of the home, and then the walls were patched and a new roof installed.

“We had a meeting with Mary and her son afterwards,” said Rogers. “I know it may not seem like a big deal, but it was for her. She expressed such gratitude and that made a lasting impression on me.”

Rogers’ role at The Dominican Center, which is located in the Amani neighborhood (bounded by N. 35th St. on the west, N. 15th St. on the east, W. Capitol Dr. on the north, W. North Ave. on the south) has enabled her to touch the lives of countless people like Mary, who lives in the area.

“Sister Patricia doesn’t like the word ‘empower’ but that’s exactly what she does. She helps people obtain their dreams and aspirations…She helps people find their strength,” said Octavia Parker, community organizer at The Dominican Center.

“She would literally give someone the shirt off her back,” added Parker, “I really believe she would do that.”

Rogers, 68, is a woman whose past and present are equally interesting. She was the fifth of nine children who grew up in a poor family in Fort Smith, Arkansas, raised by their mother. 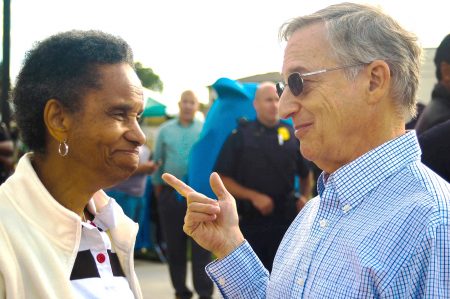 “My mother was like the Rosa Parks in Fort Smith,” said Rogers. “She was far smarter than any of her children, and she was always fighting for our education and the education of other blacks.”

When they weren’t busy with activities such as baseball or role-playing games, Rogers and her siblings would help out neighbors or do yard work.

Rogers described how her family spent the summer helping one neighbor in particular. “Her sister had died and she was lonely. We used to take turns, two of us at a time, and we would spend the night at her house to keep her company. I remember that we didn’t like the way she cooked eggs,” said Rogers, before swallowing hard and chuckling, seeming to relive the taste of those eggs.

Rogers’ pleasant childhood years ended in high school, which she recalled as a harsh time.

Racism became very real for her in 1966, when she was heading into the second semester of her senior year and schools were being integrated. She felt her only option was to get involved.

Rogers was among the approximately 10 teens who volunteered to leave Lincoln High School, and attend Northside High School, a school in the process of being integrated.

“It was nothing like the Little Rock Nine, but you knew people didn’t like it, or you. It was like living in two different worlds, and balancing that as a teenager was tough,” recalled Rogers.

“Teachers had no expectations and it was really puzzling,” she added. “I would get up to give a speech in class. I was looking for a critique just like everyone else, but instead the teacher was just surprised I could even stand up and speak.”

Despite her negative experiences, Rogers remained deeply interested in education. When she looks back on her life, most of the people she considers heroes were her teachers.

Rogers majored in math education, and went on to pursue a master’s in education and social work. After working at Blue Cross Blue Shield and volunteering with teenagers, she became a teacher.

Rogers taught at Visitation High School in Chicago, an alternative school for girls with predominantly African-American students and some Latina students.

The expectations for the girls at the school were very low, said Rogers. She prayed that an African-American nun would step up and help the young girls. She became that nun, and has spent 36 years as a Dominican sister.

She evacuated on Sunday morning, just one day before Katrina hit, and returned long before most.

One of the sisters at the school knew a city contractor who escorted them back to New Orleans before it officially re-opened. The sisters dressed in protective gear, including suits, masks, boots and gloves. They hoped to return to the school and salvage what was left of transcripts and documents.

There was no sound in the whole city. No birds. Just a deafening silence, said Rogers.

The water left behind a trail and the trees were all bent in one direction.

The school was definitely not the building it used to be. “It was really creepy,” said Rogers. “The water had receded and there was muck all over the floors, the filing cabinets, the walls. We knew we didn’t want to be there during nightfall, so we had one day to get in and get out.”

The most difficult part of the whole thing was nobody got to say goodbye, she added.

Rogers moved back to Chicago after Hurricane Katrina and eventually relocated to Milwaukee in 2011, settling into the Amani neighborhood. She began doing research on why urban Catholic schools were doing so poorly, which led her to meet Sister Ann Halloran, one of the founders of The Dominican Center for Women.

Rogers admitted she was reluctant to accept the job at first; she wasn’t sure if she was ready to give up being a teacher. “I knew nothing about housing programs, or fundraising or paperwork,” noted Rogers, with her eyebrows raised, “but six years later I am still here.”

“A lot of people talk a great game, but her actions really do speak louder than words,” said Tom Schneider, executive director of COA Youth & Family Centers, who works closely with Rogers.

“She has the ability to develop an idea, thought or concept that seems intangible and make it tangible,” added Barbara Parker-Wells, assistant education coordinator at The Dominican Center.

Rogers focuses her work in the areas of education, housing, employment and health in Amani. She has a particular interest in lowering the infant mortality rate.

“She works closely with member of the community and she has her opinions, but she also listens very closely,” said Schneider.

Former Amani United President Arlene Patterson, whose son was killed in Amani, praised Sister Patricia as a genuine person and a staple in the community, but would like to see her “engage the people more, more, more” until things improve in the neighborhood.

Rogers suggests that strengthening the Amani community starts by addressing one question: what do women in poverty want and need?

“I have grown in understanding, but my beliefs have stayed consistent my whole life,” she said. “I believe that if you educate a woman, you have educated a whole community.”

One thought on “A Life of Fighting Poverty”