Quito’s BRT, a Model for Milwaukee? 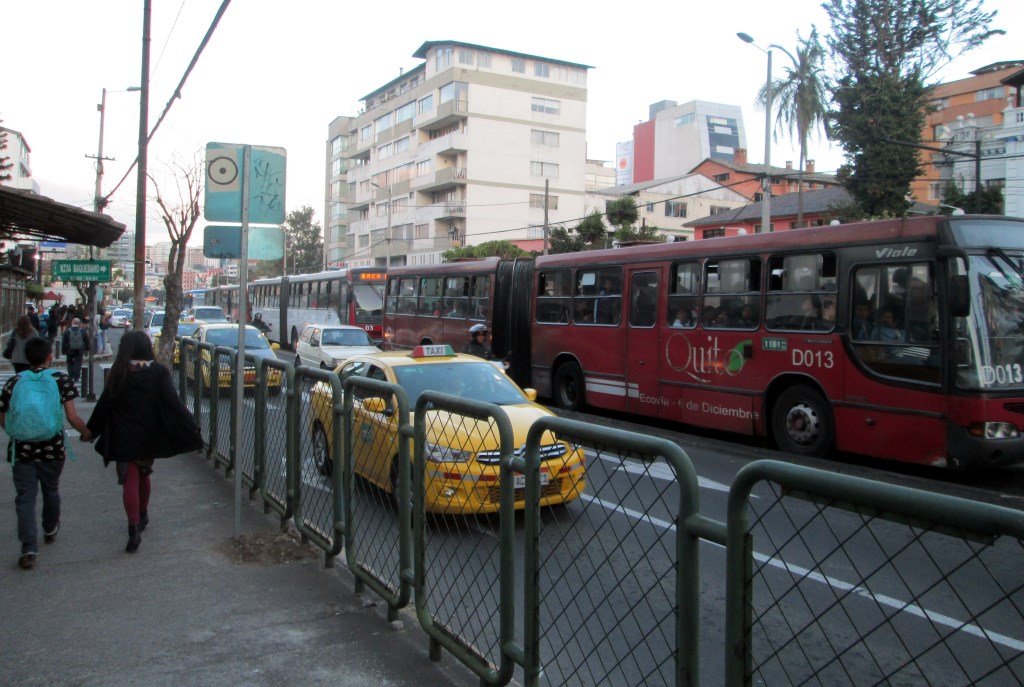 As Milwaukee applies for a federal grant to implement a bus rapid transit corridor (BRT) from Downtown to Wauwatosa, it can cite data from numerous other cities around the world which have them. BRT systems can help reduce traffic congestion and provide fast, affordable transportation for all in their vicinity. I was recently in Quito, Ecuador to attend the United Nations Habitat III conference and was able to observe and ride that city’s BRT. By and large I was quite impressed with Quito’s implementation. There may be lessons to be learned for Milwaukee.

Quito is the sprawling mountainous capitol of Ecuador in South America. Located over 9,000 feet above sea level, its population as of the 2001 census was 1,841,200 in the city with an additional 427,506 people in the metropolitan area. The metropolitan area is composed of approximately 1,640 square miles while the urbanized area is around 77 square miles. In the urbanized area that leaves a population density of approximately 23,912 people per square mile.

Milwaukee, by comparison is considerably less populous and dense. As of the 2010 U.S. Census, the city of Milwaukee had a population of 594,833 with an average population density of about 6,188 people per square mile. By comparison, Milwaukee County in 2010 had 947,735 people at a density of 3,926 people per square mile. The proposed transit corridor from Wauwatosa to downtown Milwaukee has a population of roughly 69,821 within the area demarcated by the draft proposal. I could not find data on Quito’s transit corridors and it’s also important to note the Milwaukee-Quito comparison is not perfect because Ecuador has a different organization of governments than in the United States.

Quito was the first Latin American city outside Brazil to install a BRT corridor. The Latin American movement toward BRT began as in 1972 in an effort to enhance cheap, convenient, and prompt public transit available for all. Researchers have since noted positive unintended consequences which include less noise and cleaner air. As of 2012 there were around 120 cities in the world with BRT corridors. A key reason is that BRT systems can be three to ten times cheaper than rail alternatives with similar passenger loads.

While in Quito I stayed in a hostel near a bus stop on one of the city’s arterial roads: La Calle 6 de Diciembre, or December Sixth Street. The road is wide enough to accommodate a bus station in the middle and six narrow lanes with two pairs of three lanes going in opposite directions. I was unable to measure, but the lanes appeared to be narrower than most U.S. lanes.

The buses utilize the center-most lanes as dedicated lanes separated by thin concrete medians. Only emergency vehicles may additionally use the bus lanes. All other traffic is forced to use the four outermost lanes. In this way public transit is incentivized through greater speed unlike present buses in Wisconsin which are forced to drive in mixed traffic. 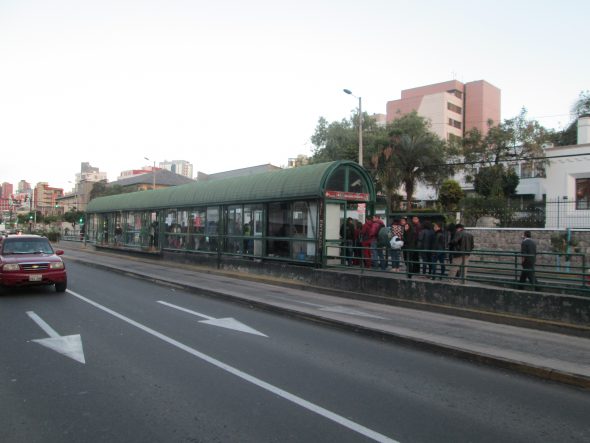 BRT riders in Quito enter the covered stations on one side, pay their $0.25 fare, and exit out the other. Photo by Ken Smith.

Congruent with the central lanes, the stops are designed to allow the buses to load at sidewalk level. The advantage of this over “kneeling” buses, which one may see in Milwaukee or Madison, is that while the latter is effective at helping people with difficulties stepping up, it inevitably delays bus travel. In a big city every second counts. Milwaukee County’s proposal intends to load at level.

BRT riders in Quito enter the covered stations on one side, pay their $0.25 fare, and exit out the other. Yes, the fare is 25 cents in actual United States coinage! This allows for efficient ingress and egress at each stop. Each station is likewise staffed to ensure rider payment. Details of Milwaukee’s BRT stations were not clear from publicly available documents, however, the proposal does intend to have fare payment prior to boarding.

Overall, my traveling companion and I found this model of transit highly efficient at moving people and buses as quickly as possible under the constraints of Quito’s built environment. The only possible critique we had was that private buses were forced to share space with mixed traffic. We thought it might be better to allow private buses to share the public bus lane to further incentivize bus use.

What are the takeaways for Milwaukee?

I found Quito’s BRT a cheap and convenient way to get around. Paying before entering the bus facilitated faster travel times and it was fun zipping through traffic faster than regular automobiles. Milwaukee’s BRT could be very helpful in making faster, affordable transportation available to everyone, particularly those lacking a car.

That being said, Milwaukee’s BRT is still very much in its infancy. The governments of the city, county, and Wauwatosa have only approved BRT conceptually. Now Milwaukee County can apply for federal funds. There has been no determination on whether or not the BRT lanes would run through the middle or sides of the road and the project is likely to face opposition from those who will dislike fewer street parking spaces and generally believe BRT is a waste of money. And winning a federal grant is crucial: without it the project is unlikely to proceed.

With Quito as an example, we the general public can weigh the advantages and disadvantages of BRT and work with our local governments to make it happen or not. 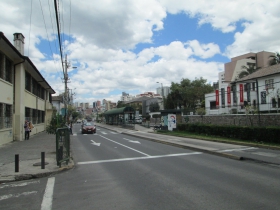 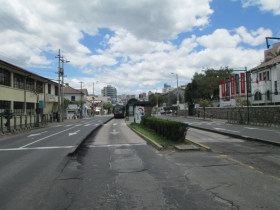 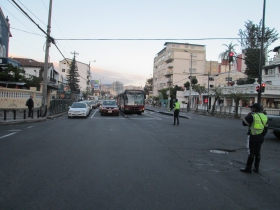 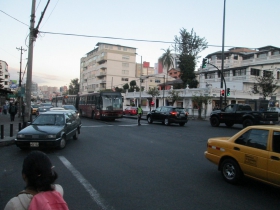 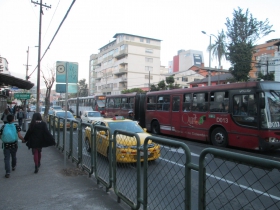 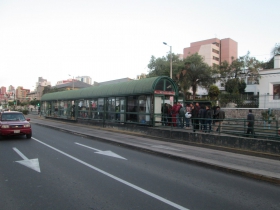 Ken Smith is a Milwaukee native and graduate student at UW – Madison.  He studies in the LaFollette School of Public Affairs and Department of Urban and Regional Planning.

6 thoughts on “Quito’s BRT, a Model for Milwaukee?”