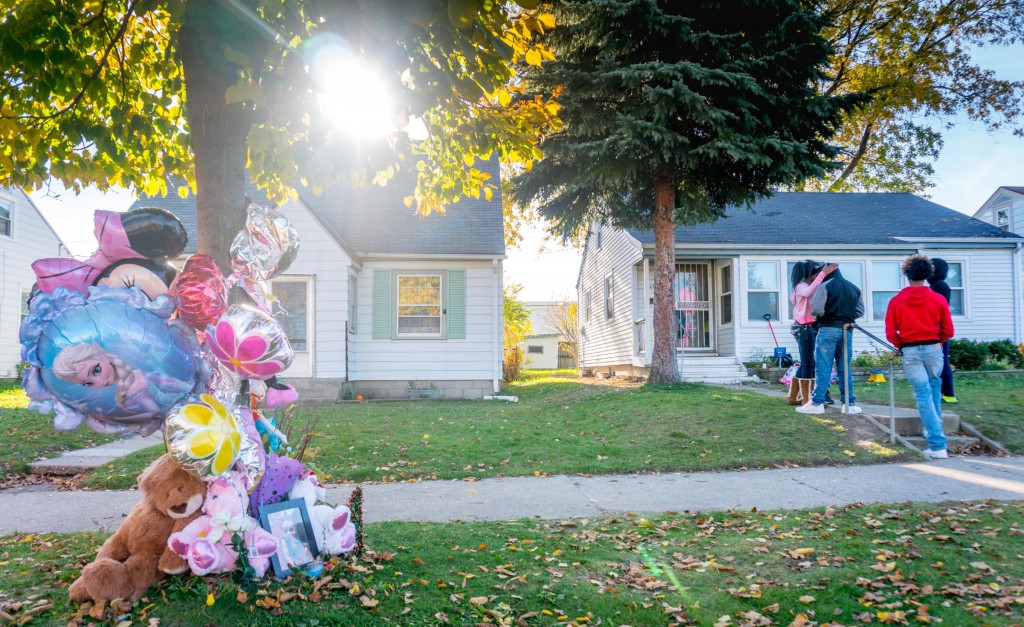 Family members and friends were gathered outside the home of Rickyia Langham, next to a memorial that marks the location where she was killed in a hit-and-run crash.

Three tragedies on Milwaukee streets – in less than a week – delivered a stark reminder of the need  to slow down, watch out for our neighbors and make it safer for everyone on Wisconsin roadways. 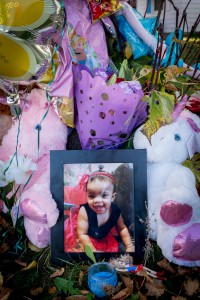 The memorial for five-year-old Rickyia Langham on Leon Terrace.

On Thursday, a 17-year-old senior heading to Rufus King High School was hit and killed by a school bus while crossing W. Oklahoma Ave.

Sunday morning, a hit-and-run driver hit and killed Rickyia Langham as she crossed Leon Terrace near W. Hampton Ave. Langham was five years old, and hurrying to get ready for church with her mother.

Monday afternoon, as safety advocates and family members reeled from those tragedies, Milwaukee Police reported that a vehicle hit and killed a woman crossing the street near S. 60th St. and W. Norwich Ave. Authorities arrested a 27-year-old man who was driving the vehicle and will seek charges of operating a vehicle with a suspended license and causing death.

The crashes increased the number of people killed by motor vehicles while walking in Milwaukee this year to 12. In 2016, motor vehicles killed 18 pedestrians in the city, and 54 across the state.

Police continue to investigate all three tragedies, and have issued an alert seeking information about a 2002-2004 Porsche Cayenne believed to be the vehicle that crashed into Langham on a street with two speed bumps and a 15-mph speed limit. That traffic calming on Leon Terrace was installed to reduce speeding and cut-through traffic turning off W. Hampton Avenue, as drivers try to take a short cut to N. 60th Street, and avoid the signalized intersection.

Rickyia’s mother has said the the driver of the Porsche slowed, then sped up and hit her daughter.

Police recovered the Porsche late Monday night, arrested one person and continue to seek the person identified as the driver.

Important details that would clarify the causes of all three crashes remain unavailable to the public, but the tragedies unequivocally show that people driving motor vehicles need to remember that their actions may have lethal consequences. The responsibility to slow down and watch out for others should be prioritized ahead of speed and convenience, for the safety of everyone who drives, walks or rides a bicycle on our shared roadways. 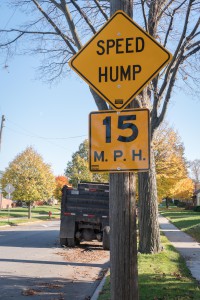 The residents of Leon Terrace have had traffic calming installed because they have been dealing with traffic safety problems for a long time.

With the recent fatalities in Milwaukee, 40 people have been killed this year while walking on roadways in Wisconsin. We are approaching a repeat of 2015, when 54 pedestrians were killed, representing a 22 percent jump from the previous year.

We should not accept as “accidents” the deaths of nearly 100 children, parents and neighbors over two years, especially knowing that preventing those deaths would cost almost nothing and require only a small effort. Slow down. Pay attention behind the wheel.

The facts about speed and distracted driving are clear enough to influence, and change behavior.

For example: It takes about 40 feet to stop a vehicle going 20 mph hour, and nearly twice that distance – 75 feet – with a bump up to 30 mph. Add another 10 mph, and the stopping distance grows to 120 feet and increases the risk of killing someone.

A driver who hits a person while going 40 mph will kill someone in 85 percent of the time. The fatality rate drops to 5 percent if the vehicle is traveling 20 mph.

People crossing streets can improve their safety by using crosswalks whenever possible, as corners are where people driving are trained to look for someone walking. More than half of the people killed while walking in Wisconsin in a three-year period were crossing between intersections. It is not illegal to cross mid-block, but people driving are less likely to expect someone to cross there, so take extra caution before you step into the motor vehicle travel lane if you are not in a crosswalk.

When we are behind the wheel, we should remember that the natural extension of every sidewalk from one corner to another is a crosswalk – whether it is marked or not. Drivers are required by law to yield to people entering and walking through crosswalks. When we are driving on residential streets, we need to watch out for people entering our path unexpectedly. It almost sounds patronizing to write that, but sadly, with the recent spate of fatal crashes, the warning is warranted. 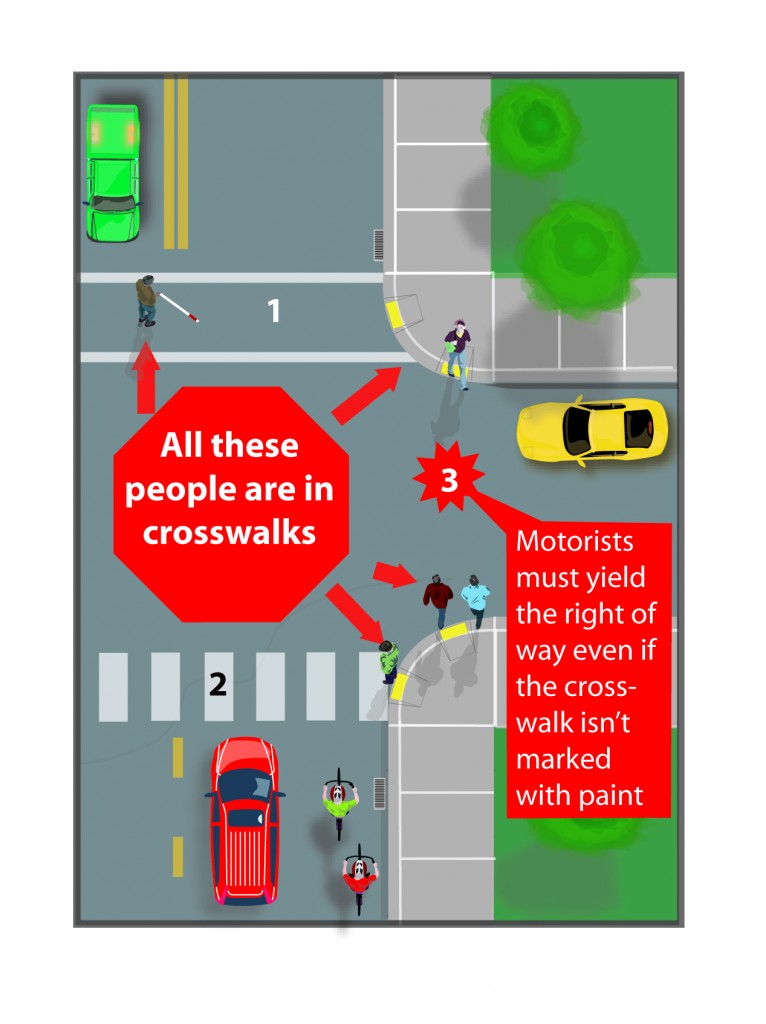 Failure to yield to people in crosswalks is a significant cause of crashes and fatalities. Note, the extension of one sidewalk to another is still a crosswalk, even if there are no pavement markings.

Of course, people crossing streets need to allow a reasonable time for a motorist to slow or stop too. Although people can’t legally dart into the road in front of a motor vehicle even in a crosswalk, we certainly don’t want to end up driving a car and kill someone trying to cross the street, even if they should have been more careful and the crash is not our fault. The speed limit on most neighborhood side streets is 25mph, but sometimes we have to drive even slower than that if there are people out, especially kids.

Through the Share and Be Aware Program and the Safe Routes to School Program, the Wisconsin Bike Fed works to make walking safer for everyone. Safer streets for walking and biking increase our independence and make our neighborhoods more vibrant and engaging. Every year in communities across the state, our Share and Be Aware Ambassadors and Bike Walk Instructors teach thousands of kids and adults how to more safely walk, bike and drive in our classes and through our encouragement programs.

Remember, “most of us find ourselves traveling by foot at some point each day,” notes Jennifer Laack, Pedestrian/Bicycle Safety Program Manager in the Wisconsin Department of Transportation. When we are behind the wheel, it behooves us to remember, “there but for the grace of God go I.”