14% of residents have no car, need transit system the tax would fund.

By Naomi Waxman, Milwaukee Neighborhood News Service - Nov 1st, 2016 10:34 am
Get a daily rundown of the top stories on Urban Milwaukee 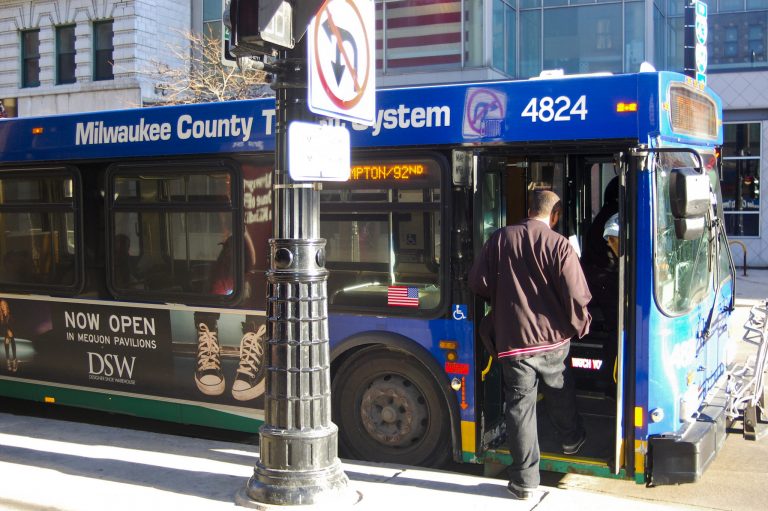 Policy experts warn that a decision not to implement a vehicle registration fee could have profound consequences for Milwaukee bus riders. Photo by Alhaji Camera.

A $60 county vehicle registration fee, known as the “wheel tax,” may be unpopular, but it is necessary to maintain public transportation services for people who rely on the bus, experts say. (Yesterday a county board committee reduced it to a $30 wheel tax.)

A decision not to implement such a fee could have profound consequences for low-income Milwaukee residents, according to University of Wisconsin-Milwaukee Associate Professor of Urban Planning Robert Schneider. Citing census data, he stated that more than 54,000 households in the county, approximately 14 percent, do not own a motor vehicle.

“Those people rely on the transit system to get to jobs and shopping and other activities throughout their week,” Schneider said. “The transit system for Milwaukee County is an essential public service.”

In a 2015 report on barriers to employment in Milwaukee, the nonpartisan Public Policy Forum found that transportation challenges are already common among unemployed jobseekers. 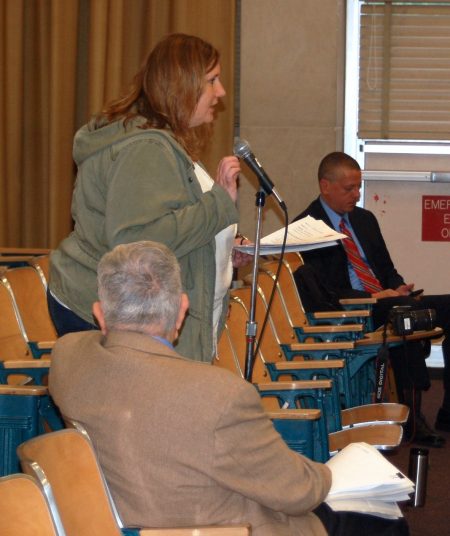 The proposal to implement the vehicle registration fee is included in Milwaukee County Executive Chris Abele’s 2017 budget. The fee would generate $27.1 million in 2017, providing revenue for public transportation as well as county road improvements. It would take effect March 1, 2017.

The Public Policy Forum devoted four pages of its executive budget brief on the proposed 2017 Milwaukee County budget to the vehicle registration fee proposal, noting that the county has been deferring needed infrastructure projects for more than a decade.The proposal to implement the vehicle registration fee is included in Milwaukee County Executive Chris Abele’s 2017 budget. The fee would generate $27.1 million in 2017, providing revenue for public transportation as well as county road improvements. It would take effect March 1, 2017.

“That approach has caught up to it at the same time that expensive new needs have emerged,” according to the budget brief. “Ultimately, support for the proposed vehicle registration fee should be determined by the value that residents place on the county’s existing levels of service,” it concluded.

“I have found that within the next five years, without major changes in passenger rates or route reductions, the fixed route transit operating system will need $28 million of additional local support on an annual basis,” he wrote.

Manske also noted that the restoration of county highways and parkways would require $82 million, in addition to the costs associated with 100 buses that need to be replaced.

Schneider pointed out that a high-quality transit system allows Milwaukee to remain competitive with other regions in terms of attracting residents and employers. It also improves the quality of life for city residents who do not own a vehicle or choose to only drive occasionally. He stressed the importance of taking action now. Waiting, he stated, would cause the deficit hole to grow and become even more difficult to fill.

“In the long term, it would be great to see some sort of regional sales tax that would support public transit to provide a solid foundation for operations and future capital improvements,” said Schneider. “I think there are many people who will be impacted negatively if funding and service cuts continue with the Milwaukee County transit system.”

County residents expressed their displeasure with the proposed fee at a recent listening session held by the Milwaukee County Board’s Finance and Audit Committee at the MPS Administration Building. Though only 10 individuals spoke at the 9 a.m. meeting, those who addressed the committee on the subject said they were opposed to the vehicle registration fee.

“Sixty dollars is very high. People are already riding around [without] insurance because they can’t pay,” said James Macon, president of the Local 998 Amalgamated Transit Union. “I am a Bucks fan but I wish [Abele] would fight for the county the way he did for the Bucks arena and we wouldn’t be in a hole here,” he added.

The County Board held a public hearing on Monday, Oct. 31, on Abele’s recommended budget. The finance committee is expected to review budget amendments on Nov. 2 and the full board will vote on the budget on Nov. 7.