“Book of Mormon” is Funny, But…

It left me wondering 'is that all there is to a fire?’ 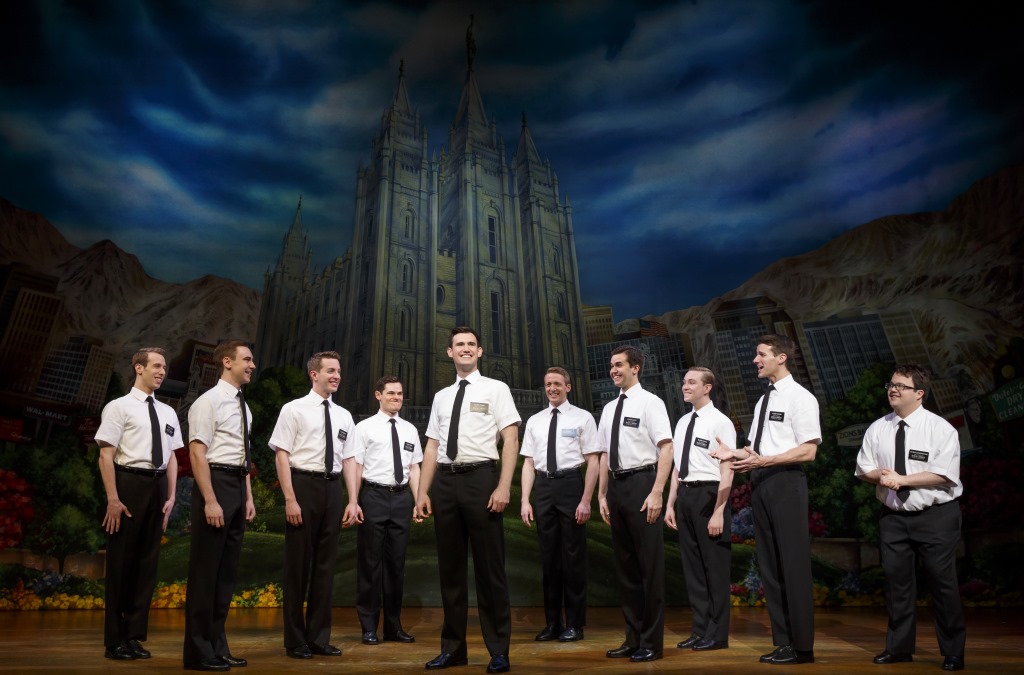 Sitting in my seat after the Wednesday night performance of “Book of Mormon” at the Marcus Center for the Performing Arts, I was reminded of a lyric by Peggy Lee–‘Is that all there is to a fire?’

The show returned to Milwaukee after a two-week run in 2015 for an engagement through October 30th.

“Book of Mormon” is enjoyable, funny, risqué, blasphemous and warm. I’d just expected so much, perhaps too much. Like a bottle of wine you’d been saving for twenty years in the basement only to discover—meh?

I was a late arrival to “South Park” in the 90s. I wasn’t above it, or unappreciative of ribald humor, I was just into other things at the time. Co-workers would talk with glee about storylines, the absurdity and crass content of the animated show. I felt like an outcast. After all, I didn’t even know who Eric Cartman’s father was.

The content of “South Park,” the Trey Parker and Matt Stone weekly show on Comedy Central, is enough to curl your hair, make a grown man blush. It can also fill your need for a decadent chuckle or guffaw. For the most part, I find it hilarious and often sophomoric—in a good way.

In 2004, Parker and Stone unleashed “Team America: World Police,” a film featuring puppets as the main characters. The greatest marionette action movie of all time, if that’s actually a genre.

The film has a puppet sex scene that forced the MPAA to tag the film with an NC-17 rating, eventually lowered to an R rating.

Actor Matt Damon is a big fan of the duo, quoted as saying, “All the comedy they’re (Parker and Stone) doing is really next-level stuff.”

The late Roger Ebert gave “Team America” one star out of four. In a rare disagreement with the critic, I think he got it wrong. It’s balls-out hilarity. Nothing is sacred, there are no items off the table or above skewering—in other words, a lot like Book of Mormon.

I also wasn’t surprised to see Scott Rudin’s professional bio in the program for the show. Rudin served as executive producer on “Team America” and is the producer of “Book of Mormon.” Rudin has produced some of the most successful film in recent history. In short—the man knows a good thing when he sees it.

It’s tough when you’ve been looking forward to seeing a show for a long time and are left with a tepid response. The audience cheered often, recoiled and laughed at all the right moments. Perhaps I’m getting really old. 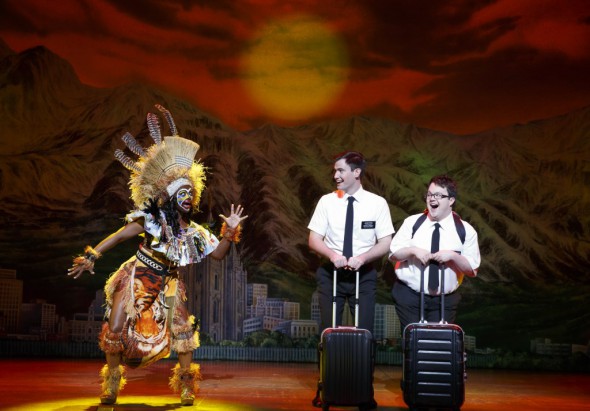 The show opens with a brief and hilarious history as to how the Mormon Church opened its doors. We meet a grouping of young missionaries from the Church of Jesus Christ of Latter-day Saints. For their two-year mission trip, each held silent dreams of being sent to beautiful and culturally rich areas in the world. Places like France, Norway.

Elder Price has a particular dream of being assigned to Orlando, Florida. Instead, he and his mission partner Elder Cunningham are dispatched to a small village in Uganda with a goal of converting the indigenous people. They are met by indifference, from both the villagers and the local warlord.

They’ve dealt with the missionaries many, many times and view them more as a nuisance than life-changing forces.

All the stuff Price and Cunningham learned growing up in Utah is of no use to them in Africa.

Parker and Stone grew up in Utah and are very familiar with Mormon stories.

“We’re accidentally offensive,” Stone said in one interview. “We don’t sit there and try to think what is offensive, it wouldn’t work that way.”

Gabe Gibbs, who came directly from the Broadway cast, played elder Price. His mission partner, Elder Cunningham, was played by Cody Jamison Strand and both were excellent in voice and mannerism. Elder Cunningham is the high-pitched, cherub-like companion who brings levity to every scene he inhabits. He reminds me of the little snowman in “Frozen.” He’s as tenacious as a carnival barker but in possession of a sweet disposition and sincerity of a kid running a lemonade stand.

The pair explain to the rough and tumble Ugandan people how the Book of Mormon has so many ‘awesome parts.’ Their youth and zeal is refreshing and inspiring, even if it is a bit naive. It doesn’t matter how outlandish the ideas, they believe with all their hearts. Like how the Garden of Eden was in Jackson County, Missouri.

Parker and Stone had some help with the book, music and lyrics from Robert Lopez. He was the creator of the long running hit musical, Avenue Q.

“Book of Mormon” earned nine Tony Awards including best musical score. Songs include Hello, Turn it Off, You and Me (But mostly Me.’ Each number is charming as well as truthful and lacerating.

It’s a wonderful show in its own right and you’d probably enjoy it more than I did. I’m sure it’s that damn age thing again. 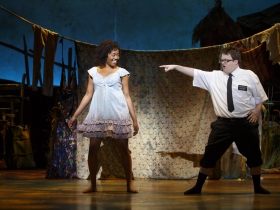 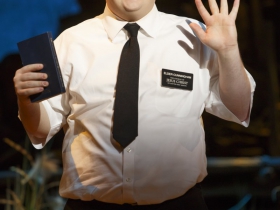 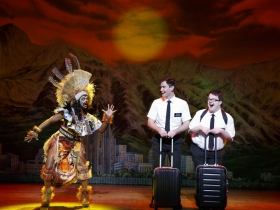 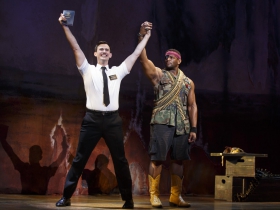 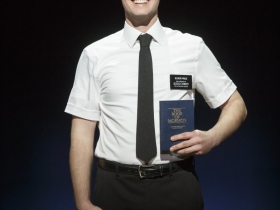 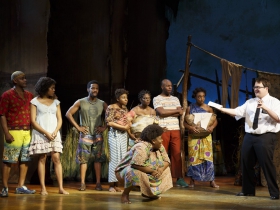