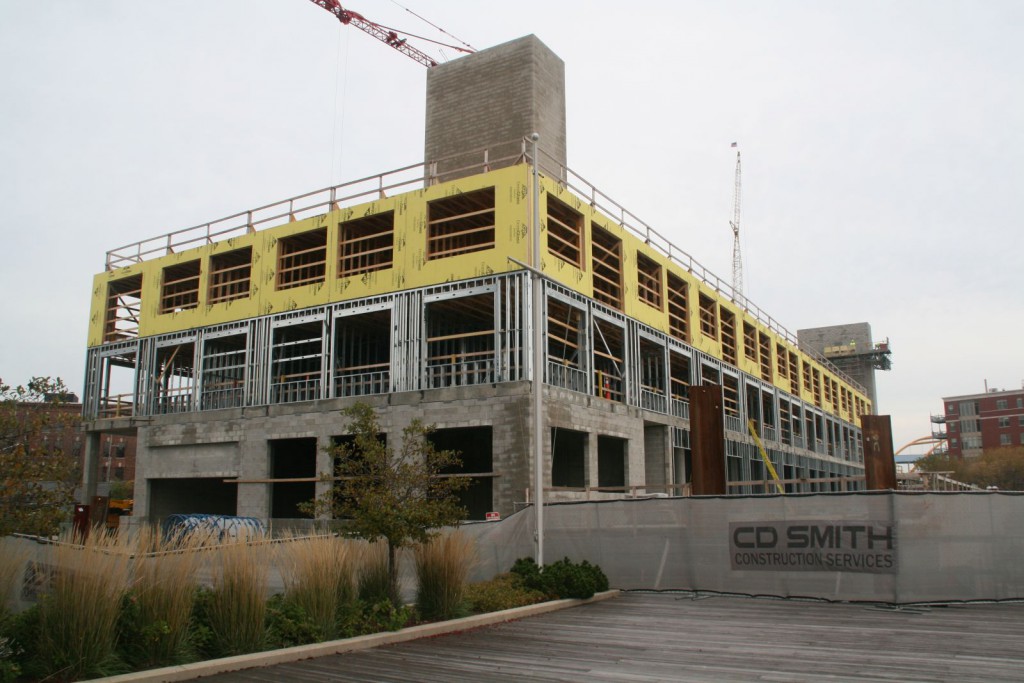 The sleepy southeastern corner of the Historic Third Ward is seeing significant change. A surface parking lot owned by the Mandel Group is being developed into a six-story apartment building. When complete, the building at 401 E. Erie St will include 132 apartments and 6,500 square-feet of commercial space.

HGA Architects & Engineers is leading the design of the building under the watchful eye of firm principal Jim Shields, while CD Smith is heading up the general contracting effort. The project has an estimated cost of $30 million. The building, originally approved in 2014, is on track to open in 2017.

DoMUS, which draws its name from luxury homes in ancient Rome, won’t be targeted primarily at Millenials, like so many new apartment projects are. Instead Andy Wiegman, vice president of development & construction for Mandel, notes the project aims to “to supplement our current inventory in the Third Ward and in particular dedicate a portion of our offering specifically to an older demographic. The level of finishes, design of apartment homes and the overall presentation of the property will really outshine the type of finishes people expect today. We’re looking forward to setting a new standard for luxury apartments that meets the expectations of people coming out of higher‐end single family homes.” Tenant amenities will include a large fitness facility along the riverwalk, club room with outdoor terrace, pet grooming studio and bicycle repair shop.

Floor plans that include studio, one-bedroom and two-bedroom apartments on the second, third and fourth floors. The top floors will include units that Mandel today is calling penthouses, targeted at “empty nesters who have been substantially underserved by the current wave of apartment building.”

When the project broke ground in February, Mandel announced they were negotiating with a potential personal training tenant to occupy 4,000 square-feet on the first floor.

The site is one of the missing teeth in the neighborhood, a rarity for an area that is among Milwaukee’s most walkable. The new building will fill connect two mixed-use condominium properties on the eastern end of E. Erie St. (Hansen’s Landing, The Harbor Front) with Mandel’s Marine Terminal Lofts condominiums and the rest of the neighborhood.

The development also will fill one of the last remaining holes in the Milwaukee RiverWalk. Approximately 450 feet will be added to the publicly accessible network that runs north a couple miles to the Lower East Side.

Mandel received $295,000 in tax incremental financing through the Redevelopment Authority of the City of Milwaukee in October of 2015 to fund half the costs of repairing the dockwall at the site. Property taxes generated by the project will go to pay back the TIF grant. Financing for the project is being provided by Anchor Bank. The use of TIF was for the riverwalk construction was applauded by former mayor John Norquist in a comment on my February article.

Long-time observers of the Milwaukee real estate market will know this wasn’t the first proposal for the site. Mandel proposed a condominium development by the same name for the site in 2006, before pulling the plug during the Great Recession.

Our photos capture the building in a unique phase of construction, every visible floor is built from a different material. A concrete first floor is built out, a steel second floor is taking shape and a wooden third floor is being built above. The remaining floors above will be wood framed. 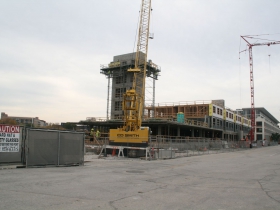 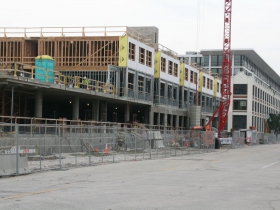 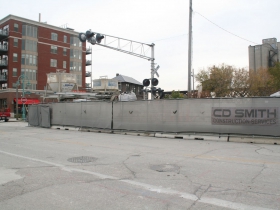 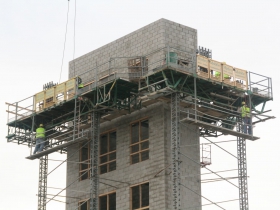 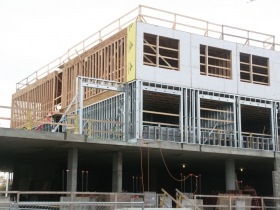 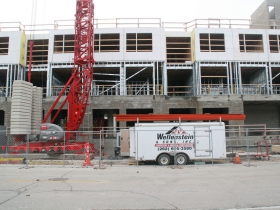 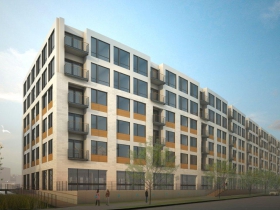 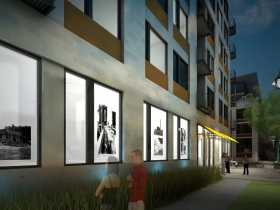 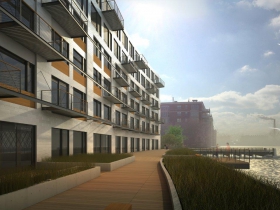 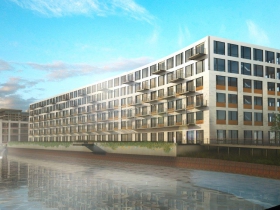 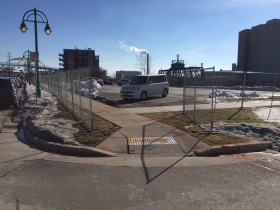 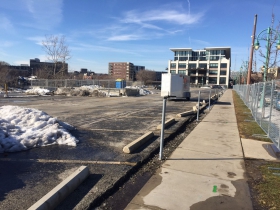 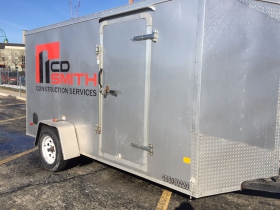 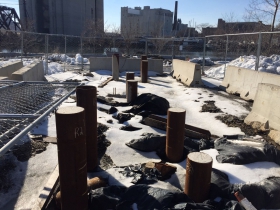 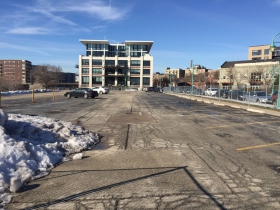 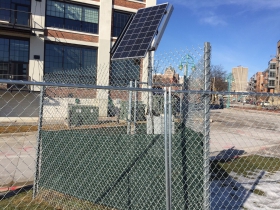