Aristo Sham, 20, has played on five continents, and comes to town Sunday. 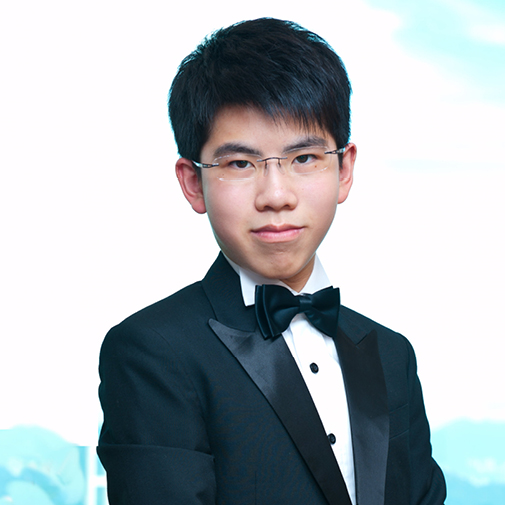 In June, Aristo Sham won the biennial North American PianoArts competition in Milwaukee. The competition, designed for young pianist just entering the profession, offers experience, rewards, direct mentoring and support. But it is out of character for a winner to return to Milwaukee so quickly on an established concert circuit.

Sham will appear Sunday afternoon at the Sharon Lynn Wilson Center for the Arts as a part of the Classical Progressions series. Performances this year also include recitals in England, Portugal, Boston, Florida and Washington D.C..

Beginning piano at age 3, Sham was an acknowledged prodigy – featured in a BBC documentary, “The World’s Greatest Musical Prodigies.” He moved from Hong Kong to London as a teen. Having given concerts on five continents in countries ranging from Singapore and Argentina to Slovenia and Morocco, Aristo has played for Prince Andrew at Windsor Castle, Prince Charles and Camilla, Duchess of York, and the Queen of Belgium and President Hu of China on their respective visits to Hong Kong. He has also appeared as soloist with the Hong Kong Philharmonic Orchestra, English Chamber Orchestra, Orchestra at Temple Square in Salt Lake City and the Minnesota Orchestra.

Despite many competition awards, Sham has not yet committed to a life devoted exclusively to piano. Age 20, he is currently pursuing BA (in Economics)/MMus degrees as a joint programme at Harvard University and New England Conservatory. His perspective on his career: “All along, I’ve been very proud to do this best-of-both-worlds thing. I felt that doing piano alone would just leave me really bored.”

The 2016 North American PianoArts competition attracted an outstanding field of pianists, but Sham stood out. Having mastered technical aspects of piano, he was able faithfully interpret the intent of a composer across many different styles. Sample parts of his competition program: a cool, crisp and precise Mozart sonata,  and Gargoyles, a complex virtuoso contemporary work by Lowell Liebermann. A Maurice Ravel concerto performed with the Milwaukee Symphony Orchestra required more than the usual communication with the orchestra through many collaborative passages with shifts of mood from classical to jazz inflections.

This concert is not a chance to be in awe of a child prodigy, but to celebrate the emergence of a new professional on the scene. His concert will feature compositions by Wolfgang Amadeus Mozart, Heitor Villa-Lobos, Bohuslav Martinu, Robert Schumann, and Sergei Prokofiev.

Between the biennial competitions, Piano Arts invites contestants to return to Milwaukee to participate in school outreach programs to play, teach and serve as advocates for the arts. Piano Arts has been speaking with Sham about future involvement in that program.