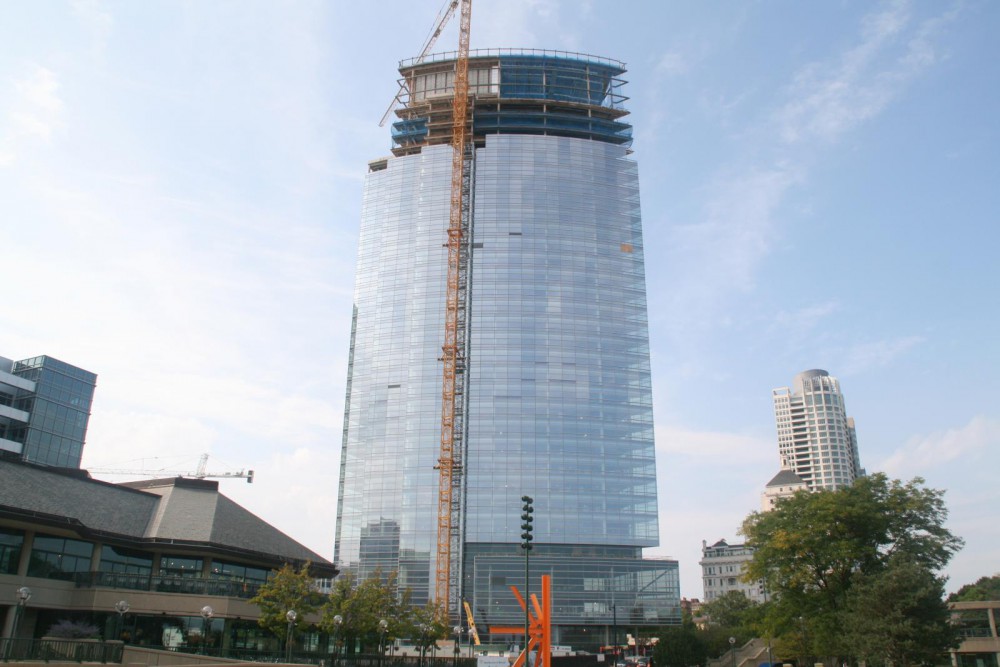 The 32-floor Northwestern Mutual Tower and Commons is almost entirely wrapped in glass. The glass curtain wall is coming via a unique partnership that has production humming along in a formerly empty building in the city’s Century City business park. More information on that project is available in an August column, “How To Create Central City Jobs.”

Crews can be seen working virtually around-the-clock on the $450 million, 1.1 million square-foot building. Besides the curtain wall, workers are spread about doing interior work, building a new curb extension to connect the complex with O’Donnell Park and installing skywalks.

Design work on the Northwestern Mutual Tower and Commonsis being led by architecture firm Pickard Chilton, with general contracting work taking place under the guidance of a partnership of Gilbane Building Co. and C.G. Schmidt Inc.

Construction of the building is expected to be completed in 2017.

Work on the adjacent Northwestern Mutual Apartment Tower is moving along as well. Foundation work is well underway, led by general contractor CD Smith. In addition to including 324 rental units, the 34-floor building will include 1,400 parking spaces for residents and employees. 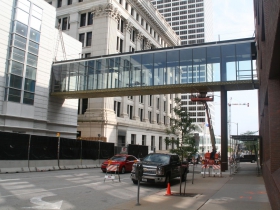 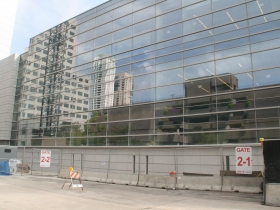 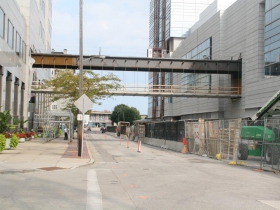 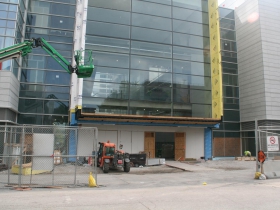 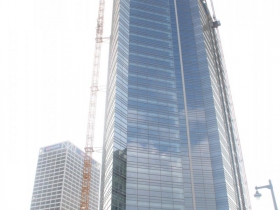 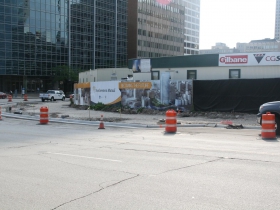