Who Is Barred From Buying Guns?

And what are the federal and states law regarding background checks?

By Alexandra Arriaga, Wisconsin Center for Investigative Journalism - Aug 29th, 2016 12:34 pm
Get a daily rundown of the top stories on Urban Milwaukee 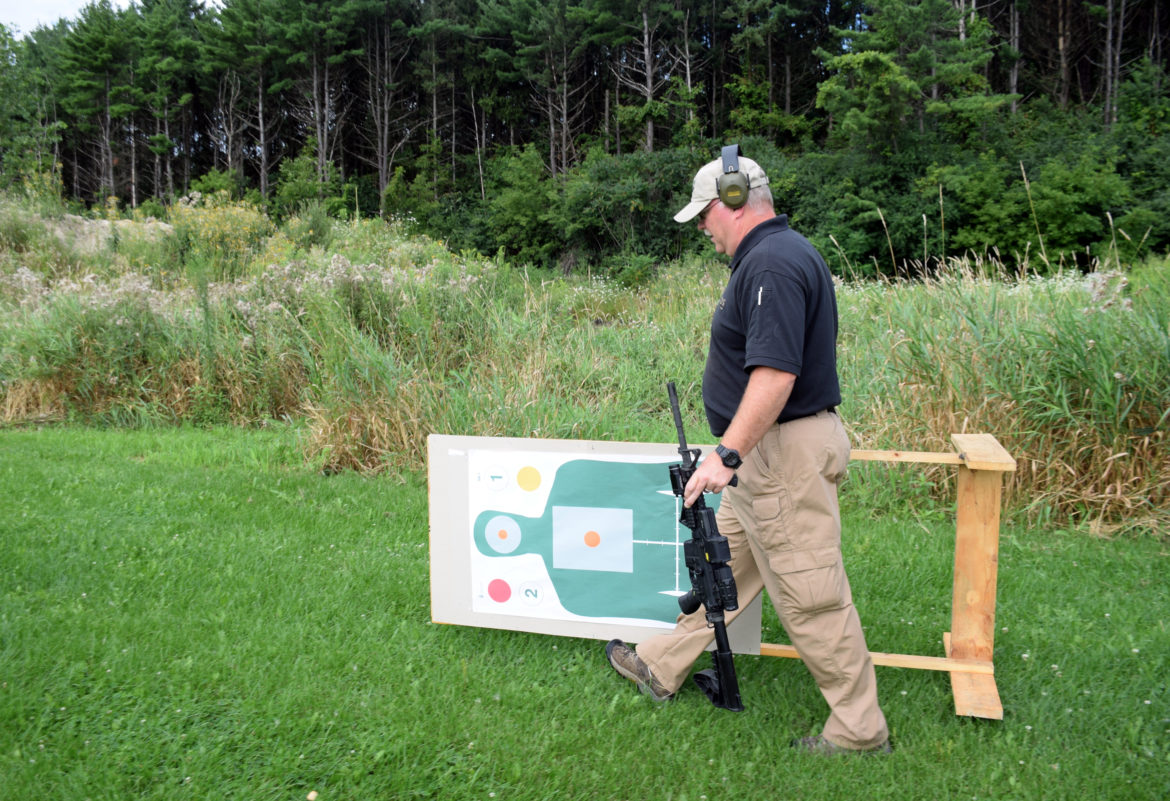 Curt LaHaise, a shooting instructor, former police offer, and an NRA member, is photographed at his shooting range in Deerfield, Wisconsin. LaHaise is the owner of “Guardian Safety & Security Solutions LLC”, which provides personal self defense training. Here, LaHaise takes a target out to the range to demonstrate shooting his AR-15. Taken on July 30, 2016. Photo by Alexandra Arriaga of the Wisconsin Center for Investigative Journalism.

DEERFIELD — Curt La Haise runs a shooting range 20 miles east of Madison where he teaches self defense and National Rifle Association-sponsored firearm courses. La Haise also teaches survival techniques and is a “prepper” who believes in being personally prepared for disasters.

Most of La Haise’s guns come from licensed dealers, which unlike private sellers are required to conduct background checks on buyers. He said he has no problem with the 18 states that have comprehensive background check laws that cover all buyers and sellers. But La Haise is skeptical such a requirement would reduce crime. 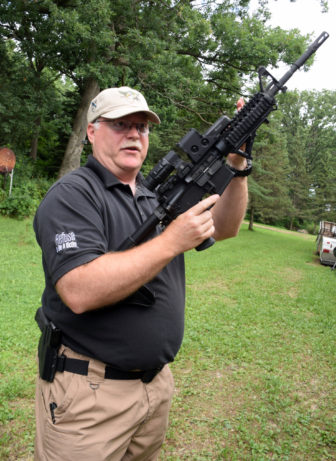 Curt La Haise is a shooting instructor, former police officer and a National Rifle Association member, seen here at his shooting range in Deerfield, Wis. La Haise is the owner of Guardian Safety & Security Solutions, which provides self-defense training. He holds a semi-automatic AR-15 rifle. Taken on July 30, 2016. Photo by Alexandra Arriaga of the Wisconsin Center for Investigative Journalism.

“Criminals will always get what they want to get,” he said. “Laws are for people that follow laws. Why should we make people who already follow laws follow more laws?”

His main concern is making sure that purchasers do not have to “jump through a bunch of hoops” or pay extra fees. He believes firearm sales should be “even” for all sellers.

“I don’t think criminals are buying their guns at gun shows, or through private sales legitimately,” La Haise said. “They’re buying them from another gang member.”

Allison Anderman, staff attorney at the Law Center to Prevent Gun Violence in San Francisco, which tracks and analyzes firearm legislation, said because of the private sale loophole, prohibited purchasers can get weapons through legal means.

Anderman acknowledged that gang members and criminals still may be able to purchase firearms, even with universal background checks.

“But,” asked Anderman, “why should we be allowing people to easily and otherwise lawfully acquire firearms if they are prohibited from having them?”

There are already laws on the books requiring background checks in some instances. The federal Brady Handgun Violence Prevention Act, which took effect in 1994, required licensed dealers to subject buyers of handguns to a background check before a sale is made. The law was extended to shotguns and rifles in 1998.

Who is prohibited from purchasing a firearm?

Under state and federal law, people prohibited from buying guns include anyone who is:

What is the procedure for a background check?

For long gun purchases, buyers from a licensed dealer must fill out Form 4473, which asks about drug use, criminal history and mental health history. The dealer calls into the National Instant Criminal Background Check System, triggering an FBI search of several databases for potential prohibitions. The process happens within minutes.

Wisconsin is a point-of-contact state, meaning handgun dealers must contact the Wisconsin Department of Justice to conduct a background check to sell a handgun. Wisconsin’s DOJ is required to complete the check within five days.

Federal Firearm Licensees (FFLs) are individuals “engaged in the business” of selling guns. Applicants must go through a background check, safety training and testing to ensure they know how to handle weapons and are knowledgeable about firearms laws. Sellers who make “occasional sales, exchanges, or purchases of firearms for the enhancement of a personal collection or for a hobby” are not required to be licensed.

What is the private seller ‘loophole’?

Dee J. Hall and Coburn Dukehart of the Wisconsin Center for Investigative Journalism and Wisconsin Public Radio reporter Bridgit Bowden contributed to this report. It was produced in collaboration with Precious Lives, a two-year project investigating the problem of gun violence among young people, its causes and potential solutions in the Milwaukee area and statewide. Other partners in the project are 371 Productions, the Milwaukee Journal Sentinel, Milwaukee Public Radio 89.7 WUWM and The Voice 860 AM WNOV. Coverage by the Center(www.WisconsinWatch.org) of gun violence prevention issues is supported by The Joyce Foundation. The nonprofit Center collaborates with Wisconsin Public Radio, Wisconsin Public Television, other news media and the UW-Madison School of Journalism and Mass Communication. All works created, published, posted or disseminated by the Center do not necessarily reflect the views or opinions of UW-Madison or any of its affiliates.

8 thoughts on “Who Is Barred From Buying Guns?”