By Dave Schlabowske, Bike Federation of Wisconsin - Aug 26th, 2016 02:10 pm
Get a daily rundown of the top stories on Urban Milwaukee 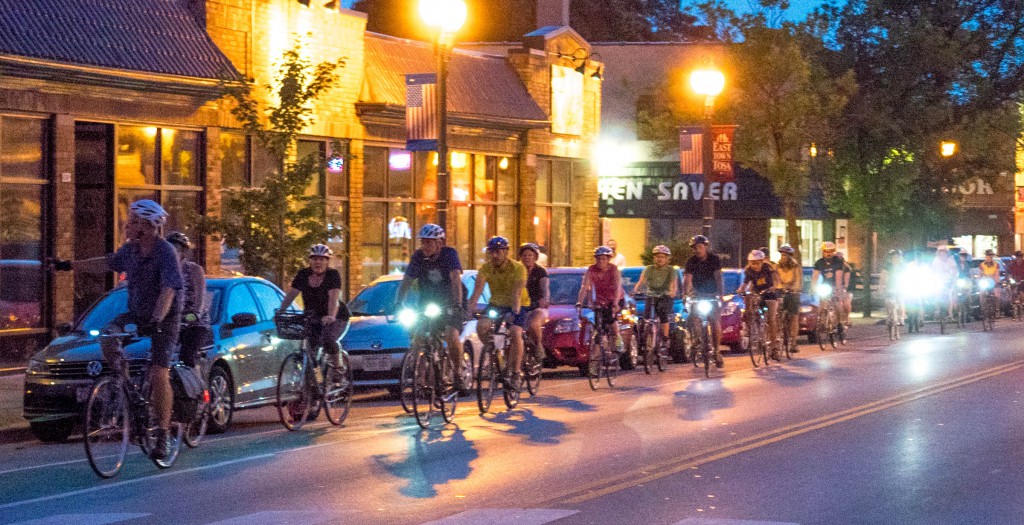 Roll-out down the green bike lanes on North Avenue. 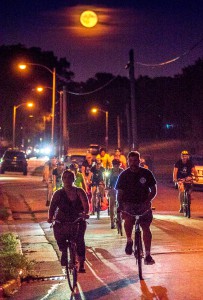 With 142 men, women and children, the last Tosa Full Moon Bicycle Ride of the summer was the biggest yet. The growing number of riders and new businesses encouraging their customers to ride on the destination retail strip further confirms the “if you build it they will ride” theory of bicycle facilities. Since North Avenue in East Wauwatosa was reconstructed to include green bike lanes and bike boxes, it has become difficult to keep up with the millions of dollars in new business investments that have turned North Avenue into a destination neighborhood. That investment is also spilling over the Wauwatosa/Milwaukee border into the Washington Heights neighborhood.

Witness the post-ride focaccia party at Wy’East Pizza, 5601 W. Vliet St, Milwaukee, which also benefited the Wisconsin Bike Fed. About 80 people filled the parking lot and patio after the steamy Full Moon Ride for some delicious focaccia and ice cold Founder’s IPA at Wy’East. Thanks to the generosity of my friend and Bike Fed member Ed Haydin for working with James and Ann at Wy’East to make the benefit happen. Ed is one of the architects at Arc-Int who did the redesign of the run-down, corner building and changed it into an exciting space for a great, bicycle-friendly neighborhood business.

Ed was also one of the neighbors who approached the Bike Fed with a plan to redesign North Avenue from 60th to 76th to make it more attractive and convenient for walking and bicycling. I remember meeting with Ed, a Bike Fed member, and him beginning the conversation with a statement that this wasn’t a bike project. He said his goal was making his neighborhood more attractive and increasing property values. Bicycling and walking were just part of the equation.

I now often ride by on my way home from work to see if I know anyone on the patio. I also like to look at James’ minty Raliegh Twenty folding bike, which is typically locked to the bike rack out front. James and Ann moved to Milwaukee from Portland, where they used to run a very popular pizza business from a camper trailer. Their new brick and mortar pizza restaurant features long-fermented dough cooked in a super-hot wood-fired oven brought over from Italy. So not only is their pizza is killer, but they also give discounts for people with Bicycle Benefits stickers on their helmets! 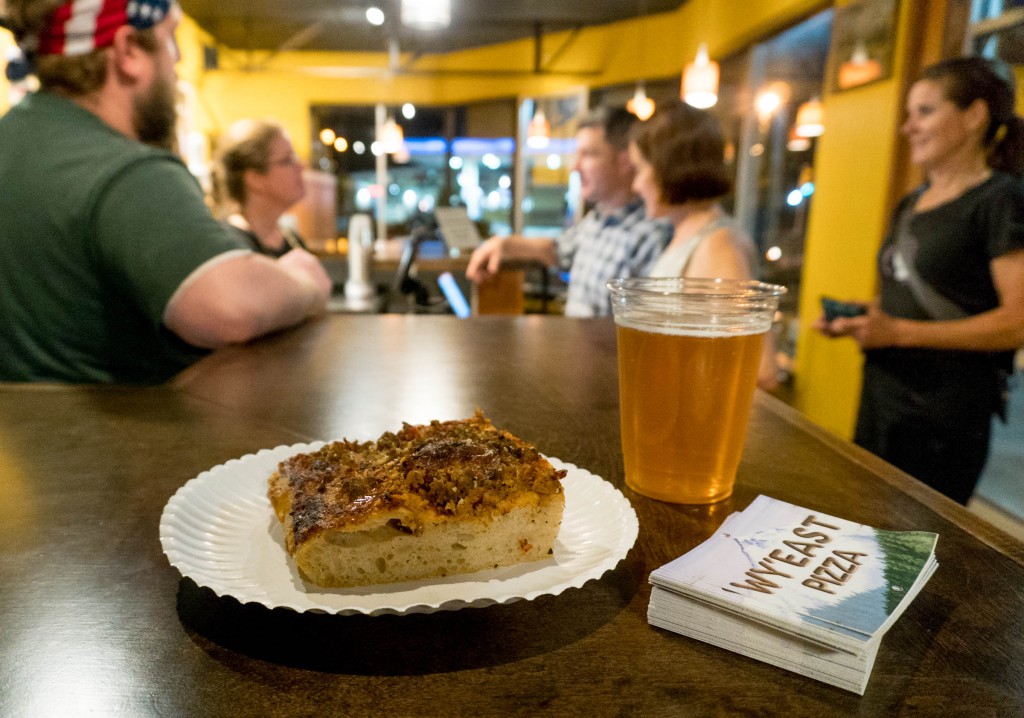 Yummy finish to our ride at Wy’East.

When Liz and I moved to the Washington Heights neighborhood 23 years ago, we used to still travel to Riverwest, the East Side or Bay View when we wanted to go out. With the explosion of great businesses in East Tosa over the last five years, I have started to joke that I fill my wallet in Milwaukee and empty it in Tosa. I’m sure I will continue to support many of those businesses, but it is nice to see some spillover investment in Milwaukee. 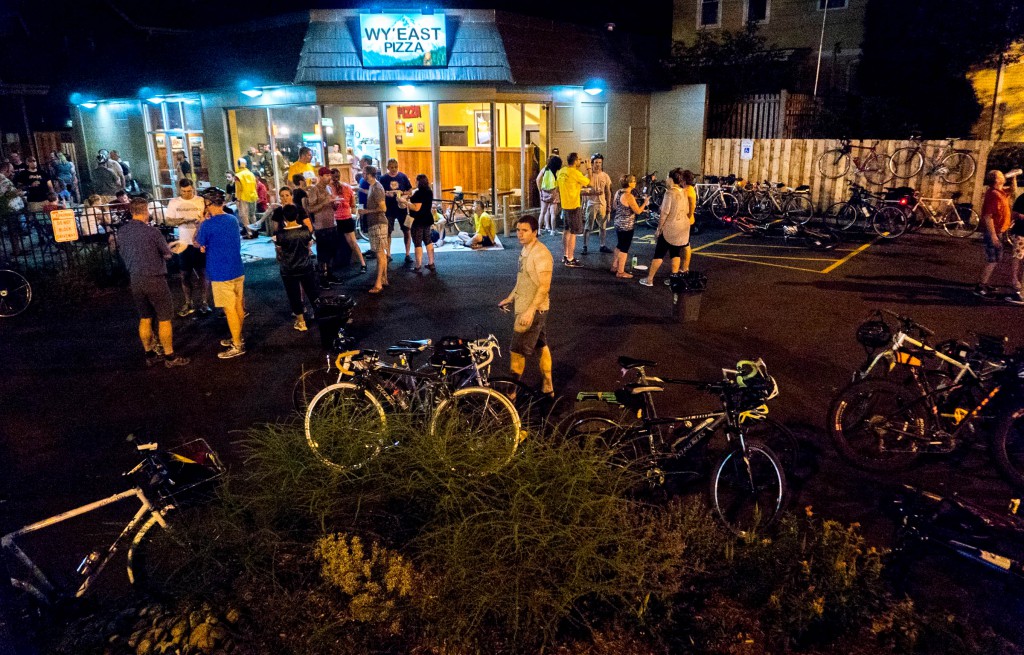 Wy’East actually does have bicycle parking, but nobody outside the Netherlands has capacity for this many riders. A nice problem to have.

Hopefully Milwaukee’s city leaders will see the economic benefit that Wauwatosa has gained from their investment in next generation bicycle facilities and begin adding some east of 60th Street. In fact, most communities in Wisconsin could take a lesson from the dramatic economic benefits Wauwatosa has gained from a relatively small investment making it easier and safer to walk and bike in East Tosa and the Village.