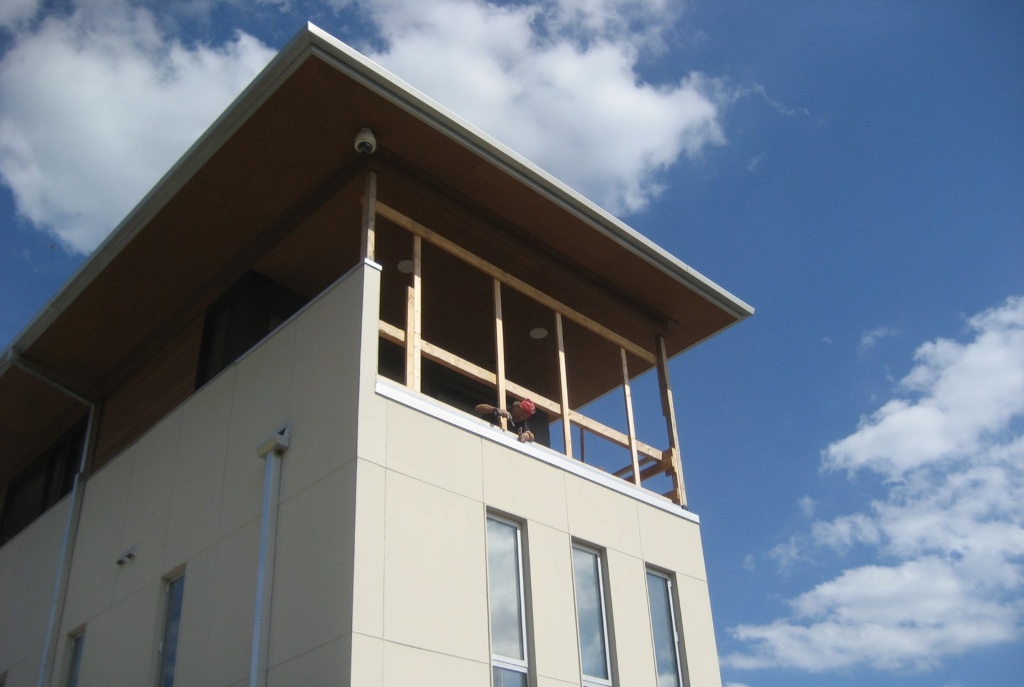 Construction continues on the property. Photo by Michael Horne.

Alex Molinaroli, the ever-embattled Johnson Controls CEO, filed a lawsuit on August 5th against his future neighbors, Kostantinos P. Agoudemos and Stacy Miller, who own the Park Terrace Bluff Homes Condominium next to the one Molinaroli is extensively remodeling for his own use just north of Commerce St. and west of Humboldt Ave.

At the heart of the matter is a narrow strip of land that separates the two condos. Is it a common area, or one for the use of the abutting (Agoudemos and Miller) property? Does Molinaroli’s construction project encroach on the neighbors, for which they should be compensated? Or has it been approved by the condo association as part of his construction agreement?

These are not easy questions in the world of condominium law.

Molinaroli’s remodeling of the substantial end unit has been going on for months — too long, according to the association. His improvements include the installation of a swimming pool, which would require substantial upgrades in the HVAC system to mitigate the effects of the pool’s heater on the general atmosphere of the residence.

Molinaroli’s contractors installed some vent pipes on his building in what the respondents allege is an area under their domain, Molinaroli alleges otherwise, citing condominium documents, and concessions he made to the neighbors to compensate them for the construction by upgrading their ventilation systems at considerable expense. Three air conditioning units can be seen operating in the space, screened somewhat from the neighbors’ deck there.

But apparently something went wrong to sour relations after certain easements were granted to Molinaroli.

Agoudemos and Miller wrote to Molinaroli and Kristin Ihle, his companion, that “the new pipes whistle so loud it’s a nuisance.”

The condo association cited the “the exhaust pipe and not approved service and utility lines” that led to Molinaroli’s condo in a letter on July 22nd to Molinaroli. The association also complained that the “construction completion deadline had lapsed.” It “reserved the right to amend” the complaint to add to the list if necessary, wrote association president Mona Patel. 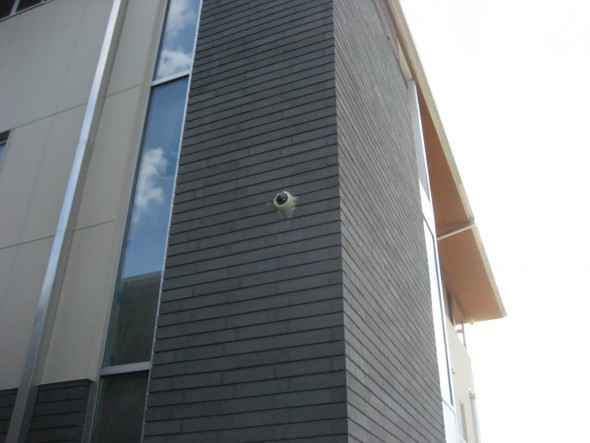 Agoudemos and Miller also raised a question about a security camera, which might seem an unusual feature, but perhaps not in the home of a CEO who makes over a million dollars a month. Most of the neighbors probably have to get by on under $3,000 per week.

“The camera that will overlook my yard is a violation of our privacy rights,” wrote Agoudemos.

Referring to the couple’s initial contacts with their new neighbor, Agoudemos wrote, “we wholeheartedly believed you were a generous person, we feel you guys have taken advantage of our kindness. …We would also like to know what your camera is pointing at. Yes, I am trying to be a dick about it.”

However, I have found no evidence of this in the Ozaukee County Circuit Court records, where one would expect a criminal drug sales charge to have been filed. 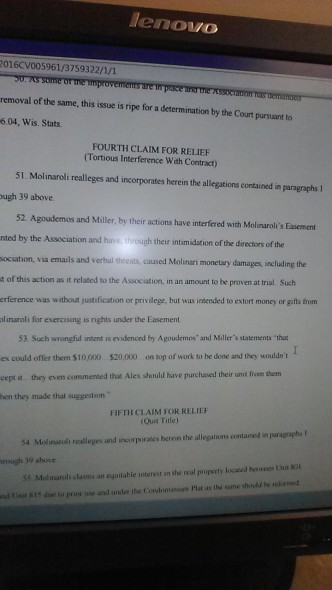 Molinaroli’s request for relief concluded with these statements:

“Agoudemos and Miller, by their actions, have interfered with Molanaroli’s easement granted by the Association, and have, through their intimidation of the directors of the Association, via emails and verbal threats, caused Molinaroli monetary damages [including for this case] …in an amount to be proven at trial.

“Such interference was without justification or privilege but was intended to extort money or gifts from Molinaroli for exercising is [sic] rights under the Easement.

“Such wrongful intent is evidenced by Agoudemos’ and Miller’s statements ‘that Alex could offer them $10,000 …$20,000 on top of work to be done and they wouldn’t accept it …they even commented that Alex should have purchased their unit from then when they had made that suggestion.”

Not First Dispute for Neighbors or Molinaroli

Agoudemos and Miller have a history of suing in their neighborhood. They have an open lawsuit against Bryan Mardak, the previous owner of their property. It was filed in 2014.

As for Molinaroli, he has been immersed in controversy for years. As we reported, in May, 2014, his wife Patsy threw him out of the house after she discovered he was having an affair. For good measure, she shot the place up with a .38 caliber pistol and took an aluminum bat to an arcade game, windows and a china cabinet in their $1 million Brookfield home. Molinaroli moved to a one-bedroom penthouse unit in the Park Lafayette Tower.

As Bloomberg.com has reported, Molinaroli’s tenure as Johnson Controls CEO has been marked by “one lurid headline after another,” including his extra-marital affair and divorce, a finding by his board of directors that he violated company ethics, and the fact the he was among those questioned in a federal Department of Justice investigation of a ponzi scheme. Molinaroli “was both the victim of Ponzi scheme artist Joseph Zada and provided financial support after the fraudster was charged,” Bloomberg noted.

“After Zada’s conviction in September, the federal prosecutor disclosed that Molinaroli had purchased the swindler’s home in Grosse Pointe Shores, Michigan, and allowed him to continue to live there rent-free, covered Zada’s legal bills and offered to provide millions of dollars in restitution for victims.”

In the latest controversy, shareholders “voted overwhelmingly to oppose the $74 million in ‘golden parachute’ payments and a $20 million retention bonus being granted to Molinaroli as part of a merger agreement with Tyco International,” as the Journal Sentinel has reported. A class action suit has also been launched arguing that Molinaroli and other Johnson Control executives are being unfairly enriched.

So compared to all that, this dispute with the neighbors is small potatoes for Molinaroli, who has asked for a declaratory judgment allowing him to continue using the disputed space between the buildings.

No further court dates have been scheduled at this time before Judge David A. Hansher, and a response to the complaint has not been filed. 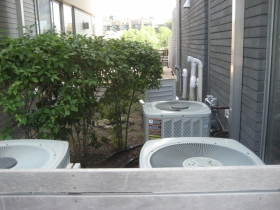 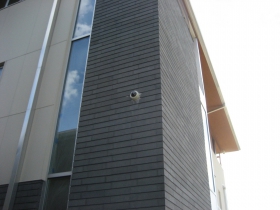 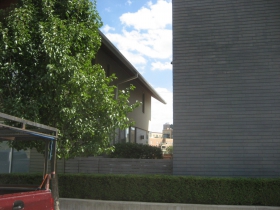 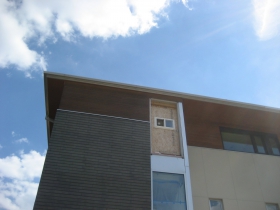 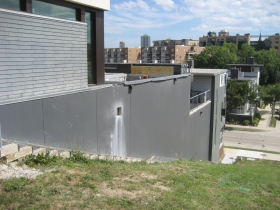 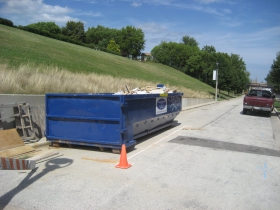