The canal was one mile long, but never grew as the company went bankrupt. 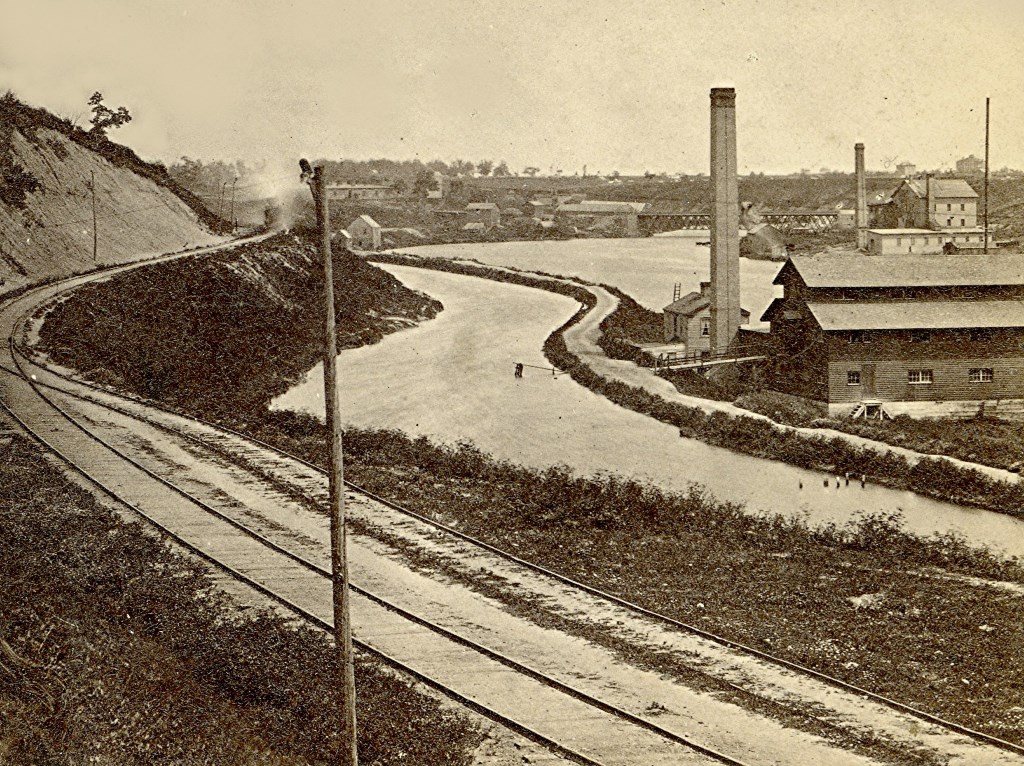 Last week’s photo was was of the Milwaukee River dam which was completed in 1842. The purpose of the dam was to construct a canal between the Milwaukee and Rock rivers in order to connect with the state’s rich agriculture lands and eventually with the Mississippi River, thus connecting it to Milwaukee and Lake Michigan.

This is a mid-1860s view of the portion that was completed, approximately one mile long. At the right is a towpath that never was used as well as a mill. The canal was a very convenient source of water power which was quite important at this period of the 19th century. The bridge to the left-center is the site of today’s Humboldt Ave. bridge. At this time, though, Humboldt Ave. south of the river was named Racine St.

Byron Kilbourn, the chief proponent of the canal, envisioned it going west from the city via the Menomonee River into Waukesha County’s lake district and then west to the Rock River near Fort Atkinson. It was touted as the “Grand Western Canal.” But Wisconsin’s territorial governor James Doty, who was from Green Bay, favored a Fox River-Wisconsin River waterway to the state’s interior and stripped Kilbourn of his power to sell bonds. This helped starve the Milwaukee and Rock River Canal Company financially, which went bankrupt and ceased operation in 1866. Years later the canal was filled in and replaced with Commerce St.

This photo’s viewpoint is just west of what is now the location for Lakefront Brewery.

Do note the railroad track. This was the Milwaukee & La Crosse which was completed in the mid-1850s. The line would end at a depot near 3rd and Cherry streets. In later years it would earn the nickname the “Beer Line” as this depot would become the primary shipping point for the Schlitz and Pabst breweries. The building at the top-center is a roundhouse for the railroad in what was called the “Humboldt Yards.”