Annette French's vintage clothing shop had operated there for 16 years. 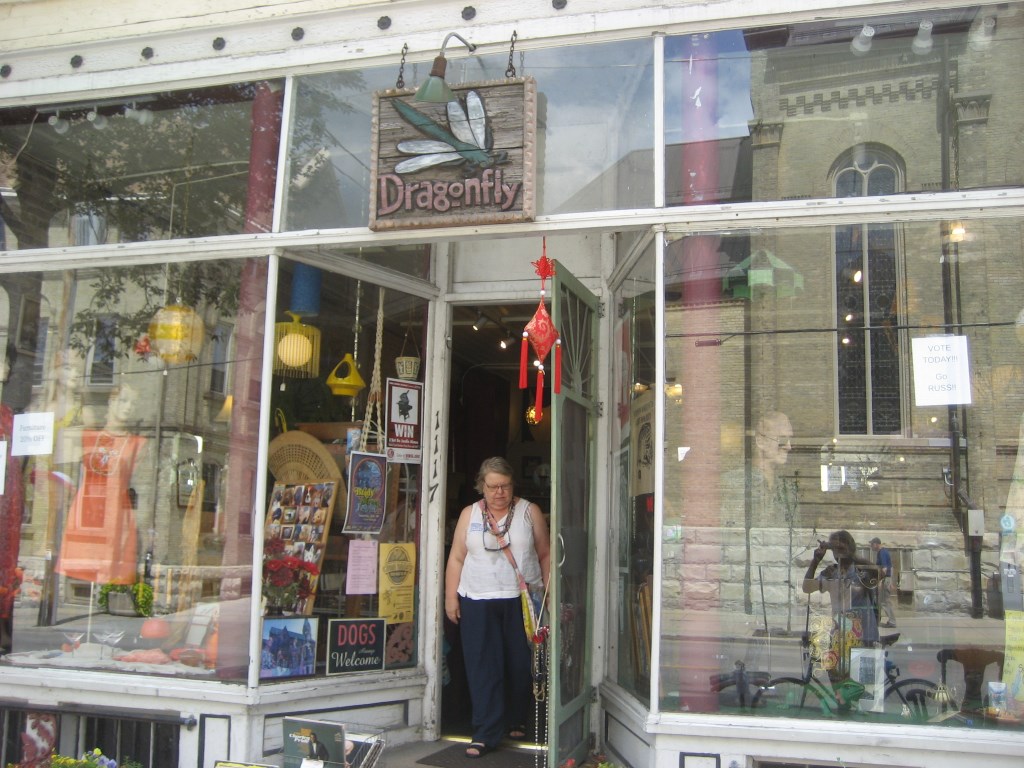 After a quarter century in the retail game, with the last 16 years spent on Brady Street, Annette French plans to close up shop at Dragonfly Vintage Goods and Gifts at the end of the year.

French, an Appleton native, opened the store at 1117 E. Brady St. in 2000 after relocating from Massachusetts. Dragonfly first opened in 1991 in the Inman Square neighborhood of Cambridge, Massachusetts. The Milwaukee shop is located between the Milwaukee Fire Deaprtment Station 6 to the east and Sciortino’s Bakery to the west, overlooking St. Hedwig’s Church and a Bubblr station.

The shop is noted for its wide variety of mostly vintage items for person and home. Recently she has expanded the vintage clothing operation here by subletting space to the former Orchid Annie’s, which closed on N. Franklin Pl. earlier this year. It is expected that Annie’s will remain after French moves out. 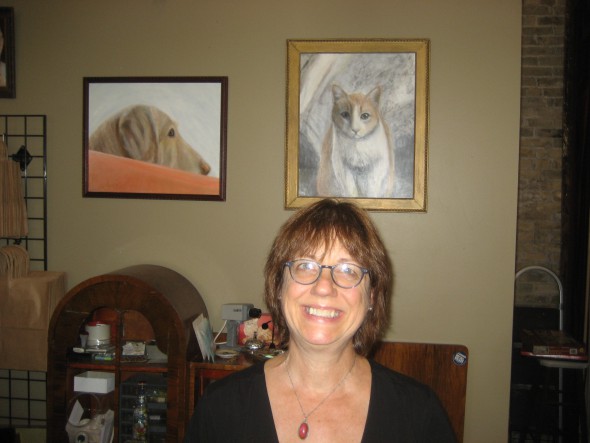 French will continue with her pet portrait business. Photo by Michael Horne.

French says she plans to continue selling on-line and to continue with her successful pet portrait business from her nearby home.

A Time Capsule Above

The 1,265 square foot shop with high ceilings and plate glass windows is famed for the Griffin that rests atop it. The three-story Queen Anne commercial building was constructed in 1888 for the long-lived Ignatz Trzebiatowski [1845-1933].

It was purchased in 1983 by the current owner, John A. Thurman for $10,300. The upper floors consist of two two-bedroom apartments which the owner has kept unoccupied for virtually all of that time, although furnished as if he had just walked next door to buy a loaf of bread. A rare urban Milwaukee time capsule.