109-year old Pierce St. duplex is unremarkable, save for its RW24 spirit. 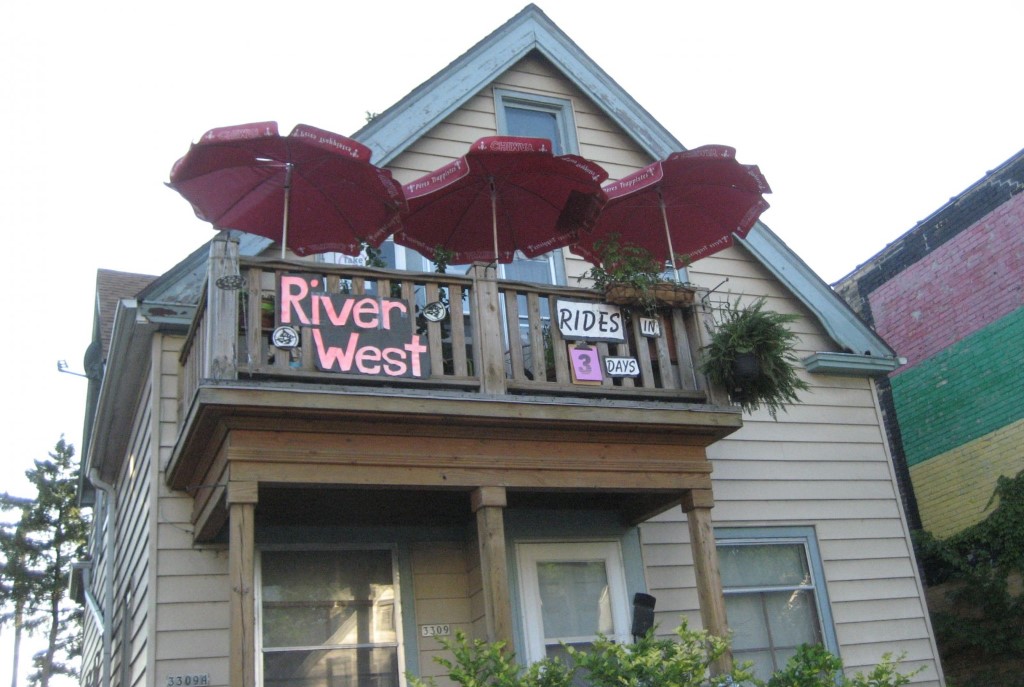 The Riverwest neighborhood will be filled with bicyclists this weekend (July 29-30th) for the Riverwest 24 Hour Bike Race, which runs from 7 p.m. to 7 p.m. on those days. Although the RW24 comes but once a year, and has since its inception as a neighborhood watch event in 2008, its influence permeates the community year round. The distinctive RW24 logo is found on nearly every bicycle in the area; some on spoke tags from races of prior years.

Everybody knows that the race will consume the neighborhood once again, and as the day of the race approaches, folks are becoming positively giddy about its arrival.

Last year House Confidential visited the house at the start/finish line of RW24; now we head north a few blocks on N. Pierce St. where a home is festooned with banners announcing the great event. The residence is even equipped with a countdown calendar displayed on the front porch that ticks down the days until the great neighborhood bacchanal. 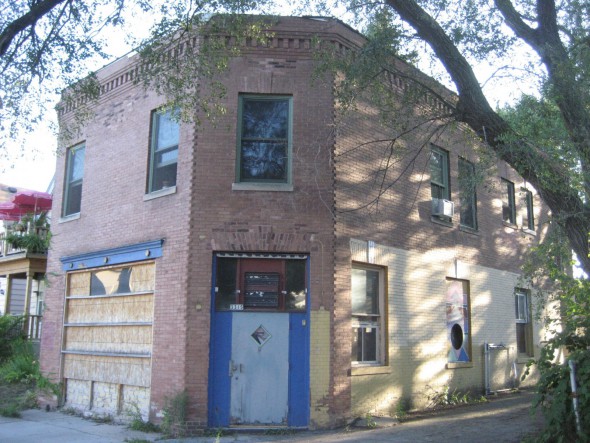 House Confidential paid a visit to take a look at this public-spirited rental property located next door to an old Schlitz Tied House that has been out of business for a couple of decades.

The old bar hogs its lot, and hides this home to the south. The residence, constructed in 1907, also abuts the Metalform factory in the rear, and it has no parking on its 30-foot by 120-foot lot.

The residence was constructed at a cost of $1,800 for Joseph Kircher, using a foundation of the newly invented concrete blocks that he bought from Badger Cement Products. Kircher listed himself as the carpenter for the building, and we find that he was listed as a builder in the City Directory of 1910, with an office and a home at what was then 531 37th St., on the other side of town.

Thus it is entirely likely that this home was built as a speculative property by Kircher. In 1942 the lower unit rented for $25.00 while the owner, William A. Erlach, lived upstairs.

There were two chicken coops, one 6′ x 8′ and the other 9′ x 14′ in the back yard during that war year. Interestingly, Riverwest led the charge to allow chicken coops in residential districts a few years ago.

On February 20th, 1948, Erlach took out a $250 permit to cut an arch between the living and dining rooms of the small home, and to replace the front windows with a picture window.

On March 15th, the inspector noted that the job had been started. Let’s hope it did not involve tearing out the windows, for on May 3rd, an exasperated Erlach, who served as his own contractor, asked the city to cancel the permit.

“Wants permit cancelled,” a city official wrote. “Prices too high to do work.”

Apparently the remodeling never took place. Today the window on the front of the building is original to the construction, and no picture window is to be seen.

The house continued on its way over the years. In September, 1962 Erlach, tired of shoveling coal, decided to “replace old coal furnace with a new designed gas fired unit.”

In a 1967 visit, the assessor was somewhat dismayed to note that the “rear of lot abuts factory. Bar next door and across the street.” The assessor docked the value of the property for these deficits.

In 1981 the assessor took a look around at the collapsing porch. “Frt porch conc slab + steps are in POOR cond’n. BLDG is NOT well maintained.”

In 1983 Minash got out of the place and sold it to Charles R. Meyer for $34,200. Meyer installed new aluminum siding, which the assessor noted in 1989. But there were still taverns in the immediate area, a factory in the back yard, and no on-site parking. The building’s assessed valuation again took a hit due to the “adverse location factors.” In 1991 the home was lost to a foreclosure, and went through a few ownership changes until it was sold to the current owner in 1994.

The 30 foot lot, and a building immediately to the north, do little to enhance the landscape potential of this residence. Nor does a recently dismembered ash tree, its bole still standing, do a great deal to establish this as a sylvan nook in Riverwest. But even so, the somewhat enterprising tenants have largely planted the front yard to succulents and other vegetation that can suffer considerable abuse, such as a lack of watering we couldn’t help noticing three days before the Riverwest 24. A lily in the front yard must have been beautiful a few weeks ago. A few hostas look like they would rather be somewhat more protected than they are now, bereft of the shade of the ash.

A landscape-block circle in the front yard provides a somewhat unstable collar for some struggling annuals. The general effect is “well, at least we don’t have to mow this.” Nor is mowing called for in the strip between the sidewalk and the old limestone curb. That area is completely covered in plantains which will soon spread their seeds due to the street traffic there. That’s why the Native Americans called the invasive European Plantago major the “White Man’s Footprints.”

The second floor of this home includes a projecting porch with a fine view south, and a brick wall to the north. A Pan African flag painted on that neighboring building, dating to 1990 when it was Mayfield’s Tavern, covers a vintage Schlitz mural that was seen as late as 1978 when this home was offered as “an east side duplex with cash flow. Excellent rental area. Needs exterior paint and gutter repair but this is allowed for in the price ($23,500).”

But forget the building next door, and take a look at the porch here, which is no longer deteriorating, having been reconstructed. Three giant umbrellas that once advertised Chimay Bieres Trappistes shade the entire porch. A hand painted sign on the railing reads “River West Rides in 3 Days,” or at least did on this visit. Come see for yourself this weekend. 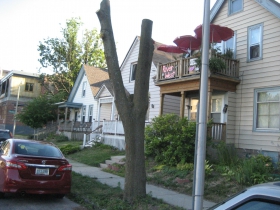 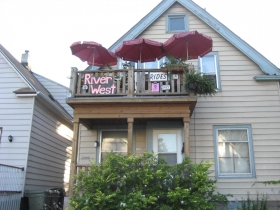 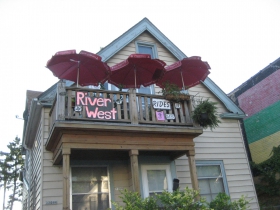 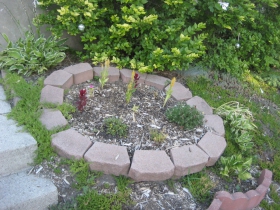 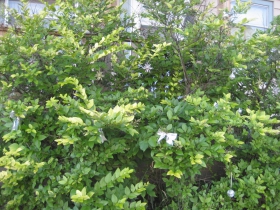 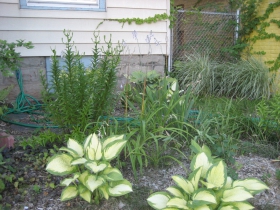 How Milwaukee Is It? The residence is a bit over 3 miles from City Hall. By bicycle, of course.