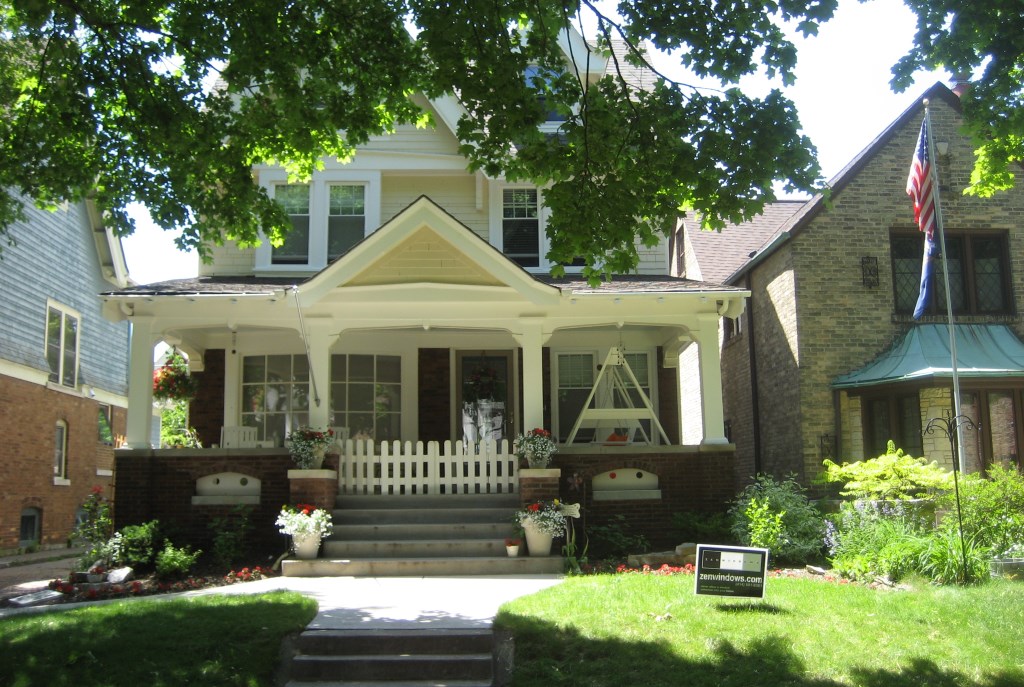 When entrepreneur Michael J. Cudahy bought the Pabst Theater in 2002, he followed his usual gut instinct and hired an unknown with no entertainment industry background to run the operation, which now includes the Riverside Theatre and Turner Hall Ballroom. Under the leadership of Gary Witt, who was Cudahy’s pick, the venues had revenues of over $7 million in 2014. That year, Witt received base compensation of $253,889 from the non-profit organization, according to the Pabst’s annual tax form.

This April it was announced that Witt’s for-profit venture, PTG Live Events, would be leasing the Riverside directly from its landlord, Zilber Group, and that the Riverside Theatre Foundation would be dissolved. The Pabst Foundation would survive to manage its landmark building on E. Wells St., while Witt’s new venture would handle management and booking of events at the three facilities.

Anyway, as the transition is underway, the Riverside is being refurbished and the 2,450 original 1928 seats are being removed. Witt saved 100 of them for sale, with the proceeds to benefit the Milwaukee Area Domestic Animal Control Commission, which rescues over 11,000 stray pets per year.

Animal lover Witt lives with his wife Susan Witt in a home in the Prospect Hill subdivision, which consisted of 90 acres platted in 1893 on the Upper East Side. At the time this was a bucolic district, and benefited from its relative proximity to the lake and its genteel institutional neighbor, Downer Academy.

Today the area is undeniably urban, and the feeling is only intensified when one looks a block to the north to eye the sprawling campus of the UW-Milwaukee, which has grown from its original woman’s college incarnation. A snippet of the sylvan forest remains in Downer Woods.

Witt and his wife purchased the home in June, 2014, paying $353,000 for the two-story-plus attic shingled structure. It has five bedrooms, three full bathrooms, one half-bath and the easy liveability that characterized the modern home of 1910. This was the high point of residential construction quality in Milwaukee, as is attested by the sales listing for the home.

East side at its best! Huge porch and plenty of space to entertain! Classic features include natural fireplace, hardwood floors, and open staircase. Formal dining room has beamed ceilings and built in china cabinet. Kitchen with granite, butcher block island and stainless appliances. 4 bedrooms and updated bath on second floor and 3rd floor for in law or au pair suite. Great outdoor space with side drive, deck, and fenced in yard. Newer roof and mechanicals! Welcome Home!

Today the home sits pleasantly on its tree-lined block. The garden is much improved from recent years, although the maple tree out front is vexing the sidewalk and curb with its gnarled roots. Somebody is trying to coax hostas to grow in this area, a nice attempt.

The house is certainly homey, which is no easy feat when you have over 3,000 square feet under roof, including a charming little attic.

The symmetrical porch dominates the facade of the home, and the Witts took no time to install a swing on the porch. They also installed a picket gate right at the entrance to the porch, most likely to avoid some sort of canine escape that might require the services of MADACC. Witt is a dog lover who has maintained an “open dog” policy at the Pabst for staffers.

But even with the newer roof and mechanicals, the Witt home suffered a common malady in leaky old windows. This was remedied last month by the installation of replacement units from Zen Windows, according to a sign in the front yard. 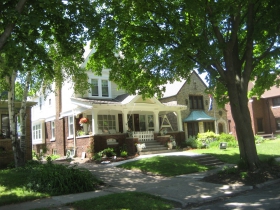 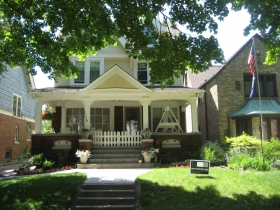 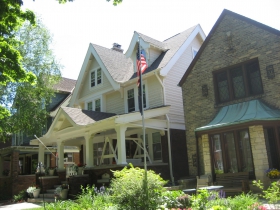 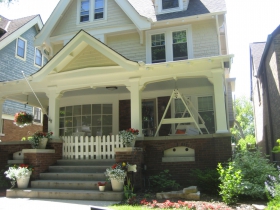 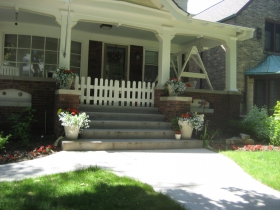 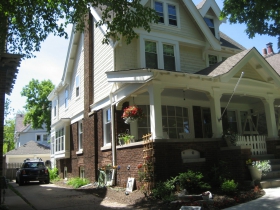 A native of Hanover Park, Ill, Witt described himself in a Milwaukee Magazine feature as a confident, pushy kid with an undiagnosed case of ADD that made him something of an obsessive. As a youth, drumming was his passion. “Witt even built a stage in the basement, and he pored over his favorite records to learn the drum parts. He was particularly a fan of Yes’ Bill Buford,” writer Steven Hyden recounts.

After high school, Witt played in various rock bands and wrote lyrics, while working for a tool manufacturer in Chicago, as a story in the Business Journal recounts. “He would go on to work in the record business in different sales, marketing and consulting positions with record labels such as Impulse, GRP and Blue Note Records.”

Witt had no experience running a venue like the Pabst, but has been stunningly successful. The Pabst he took over was a moribund operation with a smattering of arts events it booked and annual revenue of $308,000. By 2011, Witt had grown the Pabst into a hugely successful operation booking mostly rock concerts, added the Riverside and Turner Hall and was attracting 400,000 customers and $10 million in revenue annually, a 32-fold increase in revenue. In the process, Witt transformed Milwaukee from a city often skipped by national tours into a place that top musicians love.

The creation of a private company to manage and book events at the three facilities will assure the Pabst facility is protected from any financial risks and losses related to concerts and other programs, Cudahy told the Biz Journal. It will also make the concert operations — and Witt’s salary — less open to public scrutiny. “Gary Witt is a hard-charging guy,” Cudahy told the publication. “(The previous arrangement) sort of limited him and what he did in the way of shows. Now he can do anything he wants.”

Witt is known for his outspokenness. He has angered other rock promoters with comments like this in the Business Journal: “If we were a sports team I would not want to play against us, we would crush you.”

He’s well-known for lecturing others on how they should improve their organization. Ryan Schleicher, then promotions director for Milwaukee nonprofit radio station WMSE, told Hyden about bumping into Witt Downtown: “He asked what I was working on, and then proceeded to tell me how to do it better,” Schleicher says. “That’s classic Gary.

But his remarkable success has made Downtown far more lively and Milwaukee a much hipper city.

How Milwaukee Is It? The residence is a bit over 3 miles from City Hall — and from the Pabst Theater.

4th Annual Eastside Garden Tour – Sunday, July 24, 10 a.m. to 4 p.m.  This is a FREE garden tour of about 25 participating gardens located within Eastside Milwaukee Community Council (EMCC) boundaries (Edgewood on the North; North Ave on the South; Lake Michigan on the East and Milwaukee River on the West.) Maps giving locations of all gardens will be at the Urban Ecology Center (UEC) and at the Lighthouse on the day of the tour.