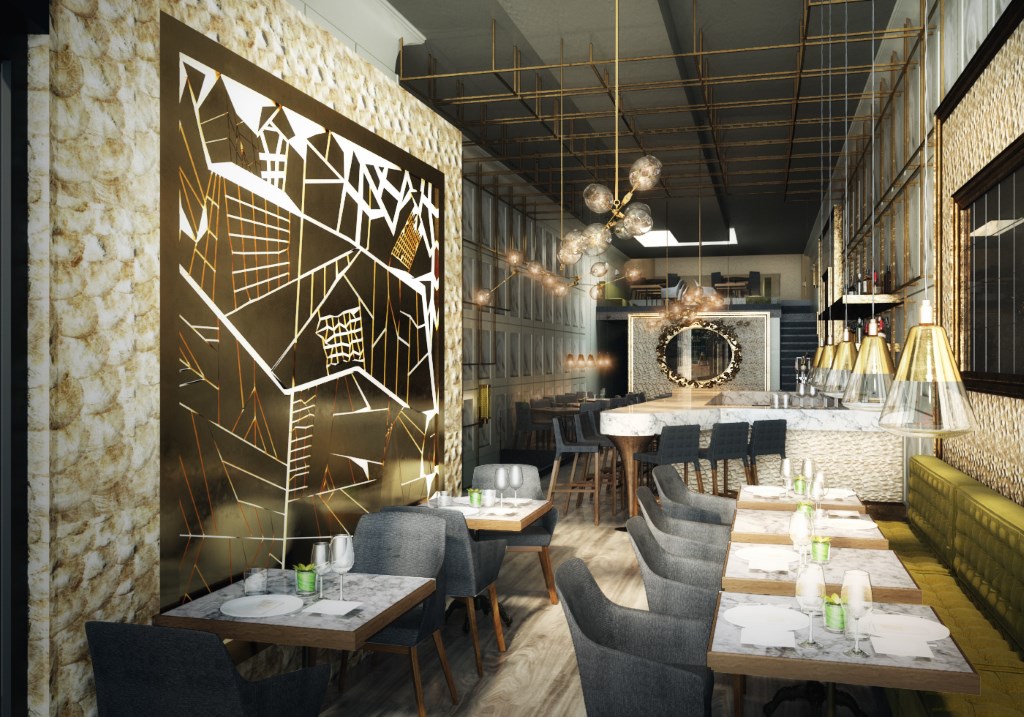 A new place to grab a pizza opened in Walker’s Point on Tuesday. Fixture Pizza Pub at 625 S. 2nd St. is serving up all kinds of pizza and craft beer. The restaurant’s hours will be Tuesday through Thursday from 11 a.m. to 11 p.m., Friday and Saturday from 11 a.m. to 12 a.m. and Sunday from 11 a.m. to 9 p.m. Lori Fredrich of OnMilwaukee.com details the menu options:

Although the restaurant features a full bar, the drink menu favors beer, offering up a healthy selection of craft brews including selections from Milwaukee Brewing Company, New Glarus and Lakefront Brewing Company along with Ballast Point, 3 Floyds, Founders and O’So. A selection of red and white wines is also available by the glass as well as by the bottle.

The new restaurant coming at 724 N. Milwaukee St., Third Coast Provisions, will feature seafood with a New Orleans accent, as the space once occupied by the Carnevor steakhouse moves away from meat. Frederick dishes the details:

According to co-owner and chef Andrew Miller, the design for the space – that aims to capture a modern yet timeless feel – is being handled by CBD Architects out of Chicago. To create a fit with the restaurant’s seafood-driven menu, the interior will include elements including brass, white marble and mother of pearl with gold accents.

The upstairs dining area will accommodate more traditional dining, while the basement of the restaurant will feature an oyster bar with a more casual, boisterous environment.

Miller says the menu will include multiple variations on New Orleans-style charbroiled oysters, as well as an over-the-top lobster pot pie, something mysterious (but delicious-sounding) called “chowdah fries” and multiple whole, grilled fish.

Miller says the restaurant is on track for an opening later this summer. 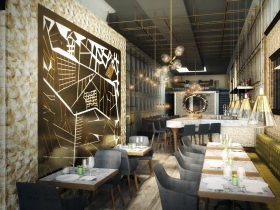 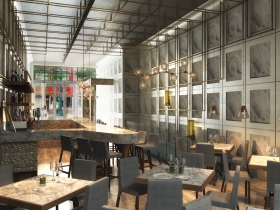 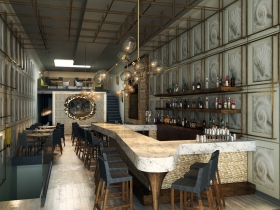 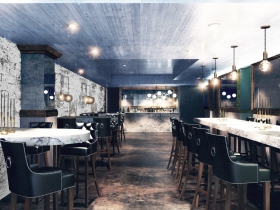 The Lodge will feature self-serve beer taps, like the ones at Miller Brewhouse, where travelers can taste Jacob Leinenkugel Brewing Co. beers.

The Leinie Lodge will offer a few grab-and-go food items prepared at the nearby Usinger’s restaurant.

Concourse D is the middle concourse at Mitchell, offering service from American, Delta, Frontier and Alaska Airlines. Because of Mitchell’s separate security checkpoints before each concourse, travelers flying on Southwest, United or Air Canada would only be able to visit the Leinie Lodge if they are willing to go through security twice.

Bay View residents and coffee lovers will have another java joint to try by late July or early August. Sprocket Cafe is opening at 3385 S. Kinnickinnic Ave. under the ownership of Juliet Popovich. The new coffee shop, connected to Rusty Sprocket, will be open weekdays and Saturdays from 6 a.m. to 5 p.m. and Sundays from 6 a.m. to 3 p.m. Melanie Lawder and the Biz Journal add more:

Popovich, who opened Rusty Sprocket Antiques in March 2013 with her brother Dave, said she had long been interested in opening some kind of diner or cafe in conjunction with her store. So when Midwest Yarn closed in the fall and the neighboring space became available, she jumped at the opportunity.

Sprocket Cafe will serve gelato, Anodyne Coffee, as well as espresso and other caffeinated beverages. Popovich is looking for a bakery to supply foods to complement the coffee shop’s offerings, and down the line, will be expanding the menu to include sandwiches.

Former employees told OMC blogger Molly Snyder that School Yard Bar & Grill, located at 1815 E. Kenilworth Pl., is now closed. The space, which was formerly Southport and Cans, is yet another bar closing on Milwaukee’s vibrant East Side. Snyder ticks off the list:

The School Yard is one of three bars to close in the neighborhood in the past couple of months. Yield Bar, which will soon become Yokohama 1910, shut down earlier this month, and Nick’s House closed in early May. 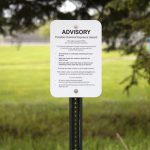