One of state’s all-time bands is hot off an acclaimed new album. 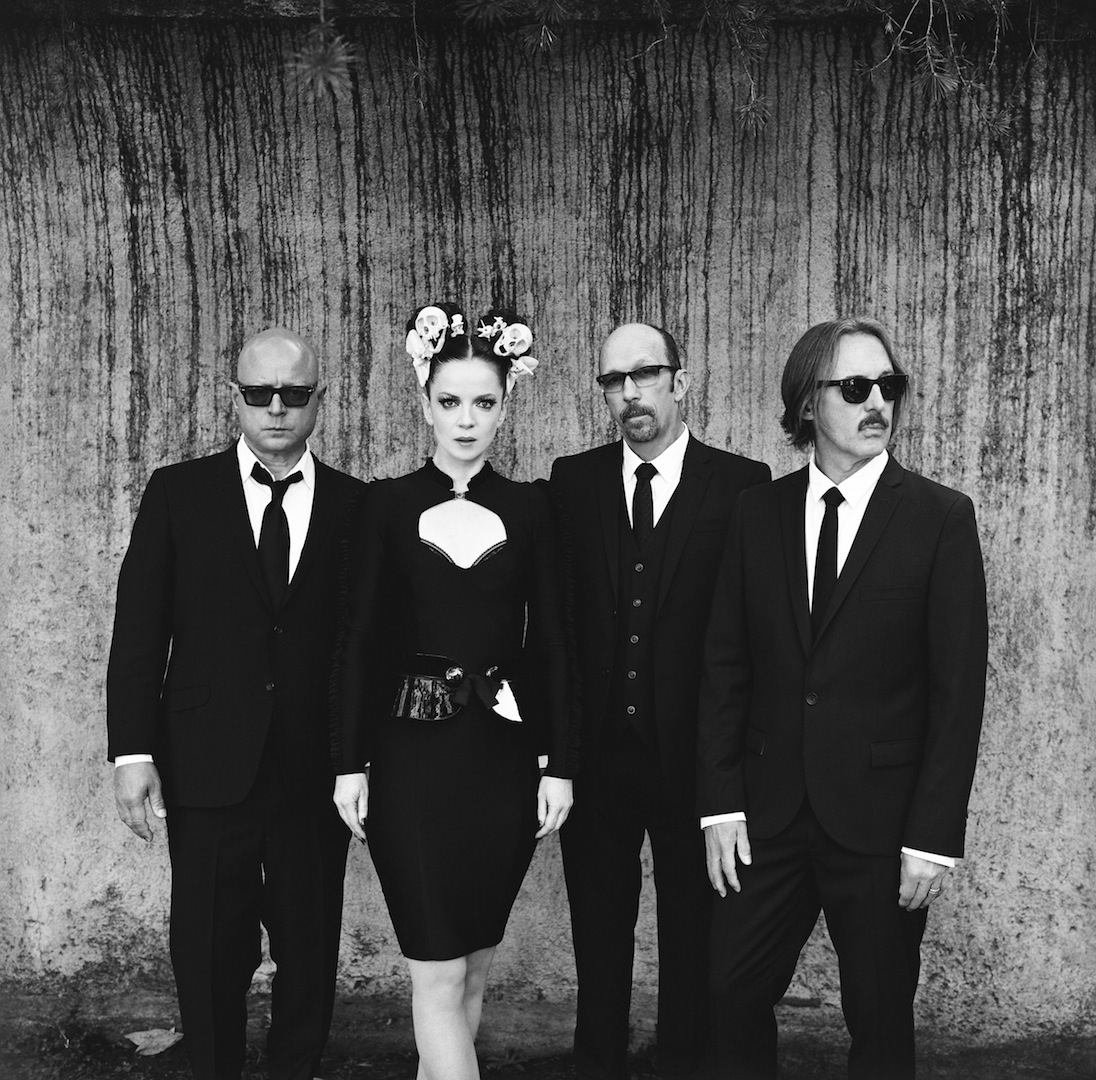 Oh, that rock and roll lifestyle.

When you imagine a musician arriving for a big gig, you picture a private jet, limousine or maybe a fat tour bus.

Somewhat surprisingly, Erikson still makes his home in Madison, Wisconsin.“I’m the only member of the band who didn’t go out to L.A.,” he says.

Garbage returns to their home state and takes the stage at Summerfest on Wednesday, July 6, at the Harley Davidson Roadhouse. The band is hot right now, with its self-released sixth studio album, Strange Little Birds, getting very positive reviews.

The band’s debut album in 1993, Garbage, was critically acclaimed, sold more than 4 million copies and was certified double platinum in the UK, US and Australia. The band has since sold more than 17 million albums worldwide.

With deep Wisconsin roots, Erikson, and band mate Butch Vig, have been pals since 1978, forming Spooner, their first band together.

“I remember playing Century Hall in Milwaukee for sure,” Erikson says. Century Hall was a venue that attracted a lot of mid-level bands in the 80s before their stardom. The structure burned to the ground in 1988 amid suspect circumstances.

When Erikson was playing gigs at Century Hall, he was 26, and getting serious about his future as a musician.

“I became a father around that point,” Erikson says. “My priorities changed at that point. I had to decipher what was real in the grander scheme of things. I still had a day job and we kept evolving as a band. We were maturing as songwriters.”

About that time, Smart Studios opened in Madison. In 1983, Butch Vig and Steve Marker had eyes on producing local bands. And that they did—big ones. They produced albums from such bands as Killdozer, The Smashing Pumpkins and later, Nirvana. Erikson worked with Vig as a producer and engineer at the studio.

“We have always been supportive of each other’s efforts,” Erikson says. “We were doing remixes at Smart Studios. We rewrote songs for bands like Depeche Mode.”

After Spooner split up, Vig and Erikson organized a band called Fire Town. The band was signed to a label and recorded two albums before disbanding. The production commitments were getting larger.

“We took Fire Town as far as we could go,” Erikson says. “It was really a side project.”

So, how did they meet?

Vig went to school at Madison and Erikson came from Nebraska where he was in art school.

“I’d visited Madison three or four times and fell in love with the city,” Erikson says. “I was still thinking about becoming an artist or art teacher. Something along those lines. But I continued to write songs.”

Probably in the same manner The Beatles or Nirvana got together, Erikson put up a note on a bulletin board at Ray Kitner’s, a music store on State Street in Madison, looking for a drummer. Things progressed from there.

After Fire Town, when Vig and Erikson were ready to start performing again as Garbage, they needed to find a singer.

“We started working with three or four singers but none of them seemed to click,” Erikson said. “When we first started we envisioned a different singer on every track. It was all part of an idea.”

The band learned about Shirley Manson who was at the time a member of Angelfish. Vig invited her to audition in Madison and it didn’t end well the first time. Manson called a while later and did a second audition and got the gig.

“That was one of our most notorious performances,” Erikson jokes. “We opened for Iron Maiden.” The fans ended up pelting members of Spooner with plastic cups and trash.

Perhaps to be expected, as Iron Maiden and Spooner are essentially polar opposites, like Perry Como and Ozzie Osbourne. How did that pairing ever happen?

“You’d have to ask the booking agent,” Erikson laughs.