Smiles of a Summer Night

The Fine Arts Quartet (violinists Ralph Evans and Efim Boico, cellist Robert Cohen and violist Juan-Miguel Hernandez ) returns to the UW-Milwaukee Zelazo Center for the first concert in the Summer Evenings of Music series this Sunday. Guest artists cellist Jozef Lupták and violist Paul Coletti will join the quartet. Over each of the next four concerts, guests will augment the quartet, enabling them to introduce works for one, two, four, six and eight players. 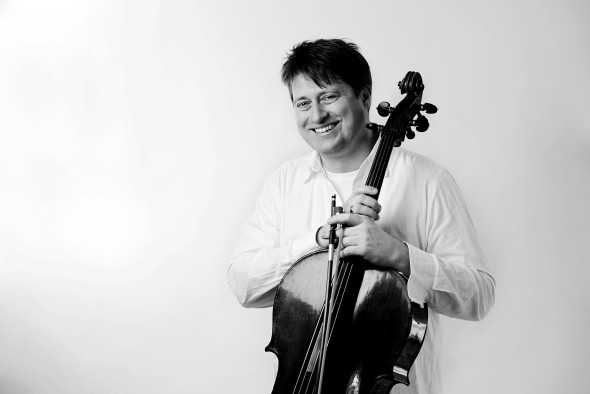 Luptak studied cello under Cohen at the Royal Academy of Music before returning to his native Slovakia. In Bratislava, he is founder (in 2000) and artistic director of an international chamber music festival Konvergencie (Convergence). His exploration of ancient Roma and Chassidic songs may be contrasted with his own experimental writing and improvisations for cello, wordless voice and “human voice-box.” He will offer a solo of one of his compositions, Song without Words. Voice box? Think of Miriam Makeba with a classical cello or check it out here.

Cohen and Lupták will play a short Duetto con Codetta written by a Bratislavan contemporary composer, Peter Zagar. Cohen praises Lupták as an “inspired organiser” for his advocacy of chamber music and calls him a “truly 21st century artist.”

Coletti has enjoyed a long career starting in Scotland, with studies in Scotland, Switzerland and Julliard. He teaches viola and chamber music at the Colburn Conservatory in Los Angeles. Coletti has been a seemingly constant guest at various international music festivals. One of his recordings, English Music for Viola, was named one of the 100 best CD’s of all time. 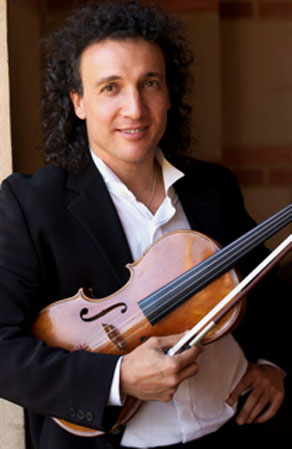 Coletti and Hernandez will play a short Viola Duet written by Coletti this year. Not coincidentally, Coletti was Hernandez’s primary teacher at the Colburn Conservatory.

I welcome the short works which allow us to get to know the guests. Often their contribution is hidden within the ensemble music in the concert, particularly as Fine Arts Quartet members retain the “first chair” role in the quintet and sextet which follow.

Violist Coletti will join the Quartet for Felix Mendelssohn‘s String Quintet No. 2 in B flat major, Op. 87. Written two years before his death at age 38, the quintet contains little of the spritely music of his youth. But the rich harmonies, generally somber mood and vital energy combine for a dramatic work. The quintet shares more with Brahms than with Midsummer Nights Dream.

This concert’s highlight will be Johannes Brahms‘ String Sextet No 1 in B flat major, Op 18. With six players to work with, Brahms avoided the temptation to create a larger, more dramatic sound. Instead, he created themes of great beauty and motifs that added momentum without fireworks. Passages contrast the four highest strings with the four lowest – with the violists contributing to both. Pairs of like players share a section, but rarely double.

The Sextet is a sunny work, with rich melodies and infectious rhythms. A languorous waltz is featured in the first movement, and then an energetic set of variations on an imagined Hungarian Gypsy theme is followed by a bouncy scherzo. The final restrained rondo features a delicate melody closer to Mozart than to Beethoven.

The June 19th concert begins at 7:30 p.m., preceded by a pre-talk at 6:30 p.m.. Tickets may be purchased on-line at the Peck School of the Arts box office or at (414) 229-4308. Tickets are a bargain $10 ($5 students). Parking is available in the Zelazo Center lot, to the south of the building, and in the Union parking garage across Kenwood Boulevard. Parking is free on Sundays only.

This season’s Summer Evenings of Music is compact, with guest pianist Patricia Tao on Sunday, June 26 and the Shanghai Quartet as guests on Thursday, June 30 and Friday, July 1. The final concert will include Mendelssohn’s great String Octet.