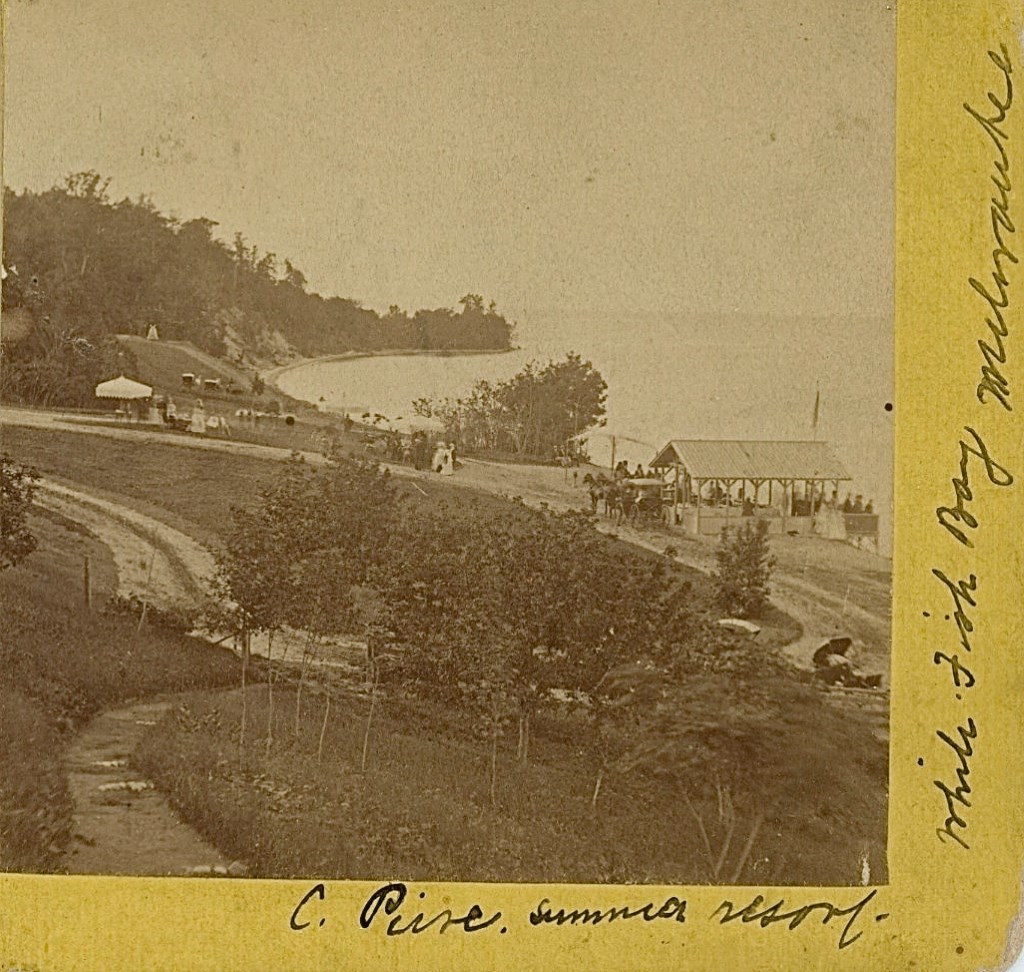 The early inhabitants of the area that later became Whitefish Bay included Native Americans, fishermen, and farmers. The area was largely farmland, whose residents cultivated and sold produce to meet the needs of the growing City of Milwaukee. Over time, these rural families also set up a commercial enterprise, fishing the waters of the bay. Whitefish was the most plentiful, hence the name later chosen for the community

In 1869 a most interesting project was begun that would speed up development in this area. This was the Lake Avenue Turnpike Co. The turnpike created a pleasure drive (for slow-moving horse-drawn transportation of the day) that ran along the bluff overlooking Lake Michigan from Milwaukee’s East Side north to what now is the heart of Whitefish Bay. This would create an opportunity for the opening of small resorts and drinking establishments when it was completed in 1872. The area would soon prove a very popular destination and eventually there would be other transportation options including railroad, electric streetcar and even steamboats.

This is an early view of the resort owned by C. Reise. Judging by the relatively gentle bluff, the location was probably in what now is Klode Park in Whitefish Bay. Other businesses would later arise in the area. The largest would be the Pabst Brewery’s Whitefish Bay Resort which would open in 1889, just a few blocks south of the end of the turnpike.

The transportation connections to the area probably increased settlements in the area. And farmers in the bay meanwhile demanded local schooling for children. In the Spring of 1892, the 300-plus residents organized their own government and school system independent of the Town of Milwaukee (which included much of the non-city land in the north half of Milwaukee County). After a duly organized election on June 7, 1892, the area was incorporated and became the Village of Whitefish Bay.

This stereoview was produced by Edwin Bangs, most likely before 1875. Bangs was described as being “among the prominent artists” and “one of the pioneers” of the photography business in Milwaukee. You’ll find more about his history here.