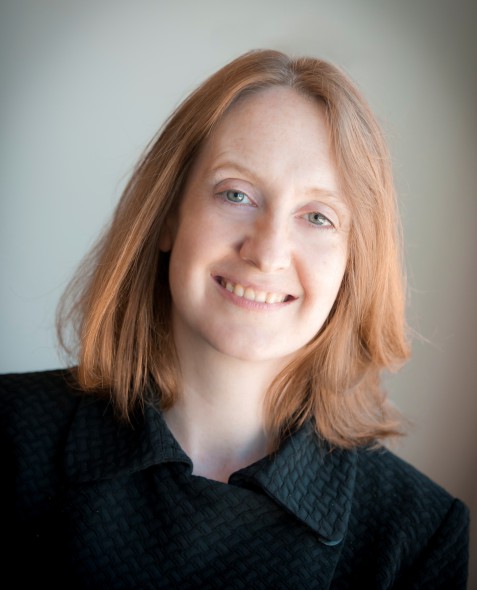 Caroline Levine. Photo from the University of Wisconsin.

Gov. Scott Walker has blasted University of Wisconsin faculty for not being interested in “delivering value” to Wisconsin. There are lots of ways to measure value, of course, but let’s focus on the kind Walker himself extols most: market value.

Ironically, it is Walker himself and the rest of the GOP who are preventing the University of Wisconsin from offering a competitive product in a global marketplace.

Let’s start with price. Businesses charge market rates for their products and services. Top-tier private colleges and universities right now are charging $44,000 or more in tuition each year, more than four times the rate of in-state tuition for an education at the UW-Madison,ranked in the top 50 universities around the world.

Why are prices so low? Because politicians have put a cap on tuition.

It’s like telling Toyota that they must charge a particular price for their cars, while letting Honda and General Motors and Hyundai sell the same — or inferior — vehicles to the same customers at four times the cost.

Low prices might be a great way to compete, but politicians have also artificially limited the UW’s pool of consumers. There’s huge demand for Wisconsin higher education around the world. But politicians insist that the university must limit the number of students admitted from out of state to no more than 27.5 percent of the university’s total enrollment. They’ve also capped tuition for out-of-state students to a price much lower than that of our peers. The University of Michigan charges $43,118 to those from outside of Michigan. The University of Wisconsin charges $29,665 for out-of-state students.

This is something like telling Toyota that they must not only charge between a quarter and a half of the market price for an excellent product, but also that they have to send away many thousands of eager customers who are willing to pay much more.

What a bargain! But Wisconsin’s leaders are not praising faculty for managing to offer a world-class product at a fraction of the market price. They are scolding us for failing to deliver value.

To be sure, the university receives state funding, and so it makes sense that we should offer a subsidy to Wisconsin residents. I strongly support increases in public funding for education myself, but in order to understand the value of a Wisconsin education, we need to measure the amount of the subsidy against the actual cost of educating students.

So let’s now set the approximate cost of educating students against the value of the state subsidies. The UW-Madison is receiving 15 percent of its total budget from state monies. Tuition amounts to only another 18 percent of the total. Students also cover part of the total budget through payments for housing and food, but that means that someone other than the state and students is shouldering at least 50 percent of the university’s budget.

What private business would shoulder 50 percent of its costs, passing on only 50 percent to consumers? That is exactly what the UW-Madison does, making up the difference between its artificially low tuition, set by politicians, and the real cost of student education. Faculty and staff at the university work every day to pay that difference — by winning grants, pursuing gifts, and developing entrepreneurial ventures.

Walker’s chiding the faculty is like telling Toyota that they are not delivering value unless they are charging much less for their cars than it takes to make the cars in the first place. I may be only an English professor, but even I can tell you math like that isn’t going to work out too well for the company.

Of course, Walker’s contention is that the university’s costs are just too high — bloated with too many overpaid workers. So let’s talk about salaries. I don’t like the big disparities between professional wages and those of other workers myself, but I can assure you that salaries for faculty are a response to a globally competitive marketplace.

Faculty are not unionized. Five colleagues in my own department have been wooed away to other universities in the past year with salary offers between 50 percent and 100 percent more than what they were earning at the University of Wisconsin.

Imagine blasting workers at Toyota because they were asking to earn salaries equal to the pay of peers with similar skills at Honda or Chevy.

I myself am now leaving the University of Wisconsin after 14 years. At my new university in another state, I will have stronger tenure protections than I now have here. I will earn about 50 percent more than my current salary for the same job. And I will be free from the strange crazy-making double-speak that on one hand demands that higher education deliver value like a business, and on the other hand, methodically prevents it from doing so.

Caroline Levine will be resigning from her job as professor and chair of the English department at the University of Wisconsin-Madison this summer.