70 performers at 11 shows in four neighborhoods. And all free. 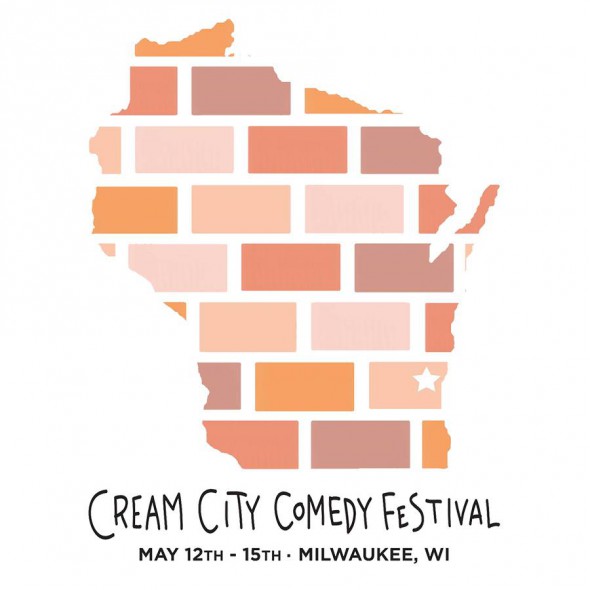 As I’ve often written about in Urban Milwaukee, our local music scene is in the midst of a renaissance. Similarly, the Milwaukee comedy scene has flourished as of late. From the Fall of 2014 to the Summer of 2015 I was performing regularly at open mics around town and witnessed the rise of many hilarious personalities. Unlike with music, it’s difficult for comedians to elevate their careers without being in a larger market. By the end of last summer there was an exodus of Milwaukee comics to Chicago, LA and DC.

Committed to keeping the Milwaukee comedy scene healthy, Liz Ziner and Sammy Arechar, two expats now based in Chicago, founded the inaugural Cream City Comedy Festival, which kicks off tonight at Club Garibaldi and runs through Sunday. The first year festival will highlight some of the best comics from around the Midwest with almost 70 performers at 11 shows in four neighborhoods. The kicker: every single event is free. This even includes their closing night with headliner Nick Vatterott (who’s performed on “Comedy Central Half Hour,” “Conan,” and “Late Night with Jimmy Fallon”). Donations will be accepted at the door for NAMI (National Alliance on Mental Health).

The lifeblood of any local comedy scene is its open mic circuit. This is where aspiring comics get their start, veterans test new material, and occasionally an out-of-town act will make a surprise appearance. Milwaukee’s open mic circuit features events all over town, five nights a week, including Early Risers at Bremen Cafe (Monday) , Duck and Cover at Frank’s Power Plant (Tuesday), and Open Mic Under the Stairs at Karma Bar & Grill (Wednesday), currently hosted by Ramie Makhlouf. It is one of the most consistent comedy open mics in town at four years running and is held in their downstairs Sutra Lounge. Sign-up is at 7:30 p.m. and the show starts at 8 p.m.

The Cream City Comedy Festival takes over the Sutra Lounge tomorrow at 6:30 p.m. It will be the Chicago-based “Blipster Life” showcase, hosted by Felonious Monk and Dave Helem, headlined by Milwaukee mainstay Chastity Washington.

Vermont transplant Phil Davidson is co-host of the Early Risers Open Mic series and is another organizer of the Cream City Comedy Festival. I met up with Davidson at the Karma Bar and over pints of Lakefront Black IPA Davidson filled me in on the state of the Milwaukee comedy scene.

UM: How has the scene grown since you moved here?

PD: People are challenging each other and that’s fun to watch. There are a lot of great comics in our scene who routinely churn out new material at open mics that gets laughs. That’s not easy when you’re performing in front of the same comics night after night. And it’s not inside baseball-type stuff. It’s solid material. I feel like the bar has been raised.

UM: How has the scene fared since the exodus we saw last summer?

PD: It’s always tough to lose mainstays, and last year we lost some particularly strong comics, but to use a sports analogy, it’s next up. Some of the newer comics don’t have the experience quite yet, but they’re driven and funny and in a matter of time will be great themselves if they stick with it. Some people are taking initiative and creating new shows and that’s awesome. More opportunities for everyone.

UM: I know the festival sort of grew out of Sammy Arechar’s birthday event, dubbed the “Zucchini Party,” and it returns this year as the only non-comedy event, with music performances by The Other Shapes and Seven Costanza, plus a DJ set from Yung Zucchini (Arechar) himself at Company Brewing on Saturday night. Do you have any fond or funny memories from a past Zucchini Party?