The former governor, faced with his beloved wife’s dementia, urges others to ask for help. 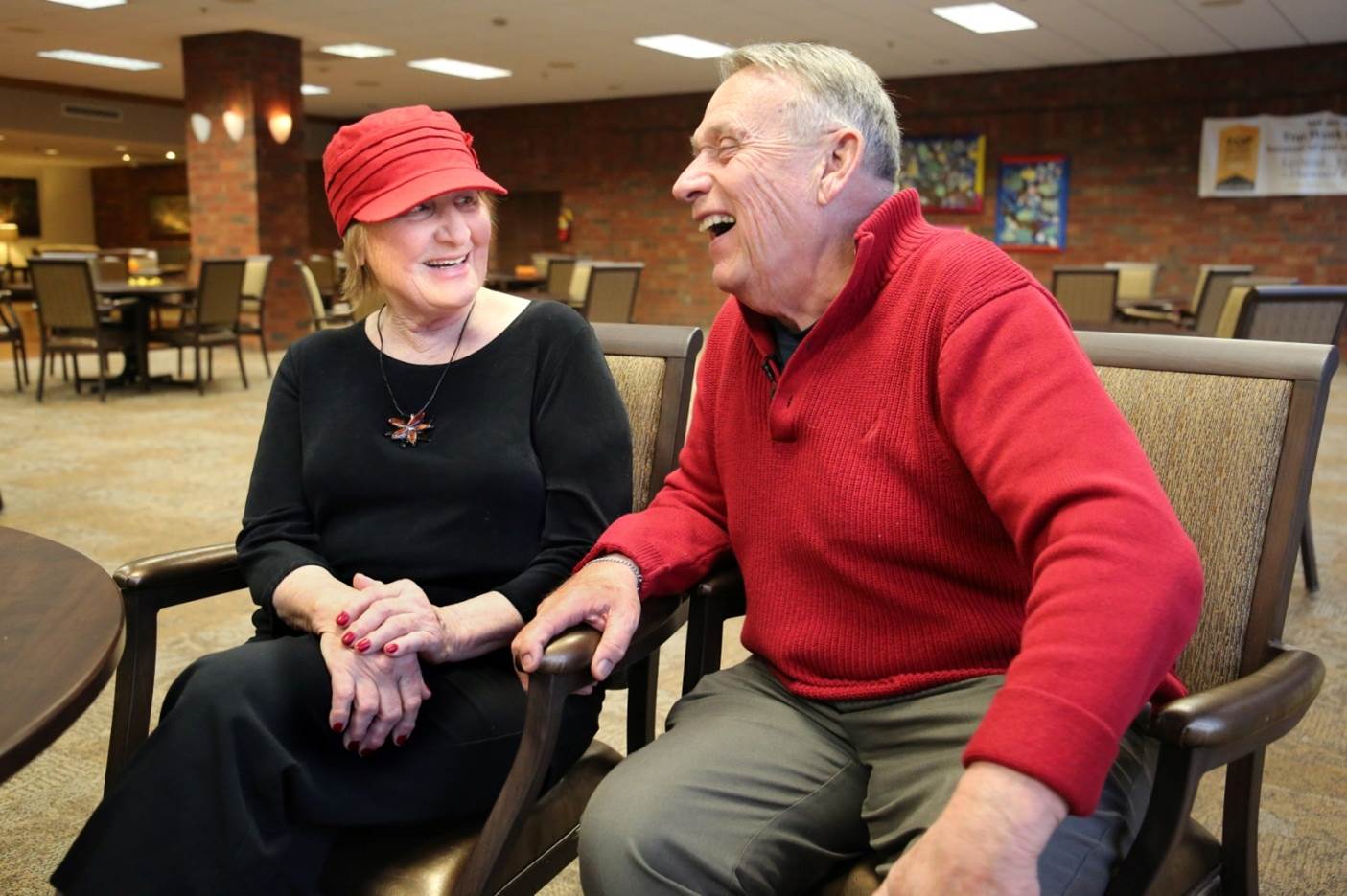 He’s run for state senator, lieutenant governor, governor and mayor of Milwaukee. But former Gov. Martin Schreiber’s final campaign is his most personal and toughest one. And it requires “therapeutic fibbing” to his beloved wife, who has Alzheimer’s.

The 77-year-old Milwaukee Democrat is crusading on behalf of everyone who faces the disease, and caregivers – like him – who don’t realize they are destroying their own health by struggling alone to care for a loved one being pulled deeper into the fog of dementia.

Officially, state officials estimate that about 120,000 Wisconsin residents have dementia – including Schreiber’s wife of 54 years, Elaine. She has Alzheimer’s, the most common type of dementia.

But one of 31 sources WisconsinEye interviewed for a special project on dementia put that statewide number in perspective: “Those 120,000 are just the ones that have been diagnosed!” No one knows how many others are showing signs of dementia, or have it but family members are hiding their loved one’s behavior and keeping it from being diagnosed.

As Wisconsin ages, its dementia caseload is expected to more than double in 20 or 25 years. And three out of every four dementia patients live at home. There aren’t enough beds – or health-care dollars – to pay for their care, if all those patients lived in assisted living centers or institutions.

Back to Marty and Elaine’s love story.

They met in their freshmen years at Lutheran High School in Milwaukee. Marty was weaned on politics; his father was a state Assembly member and an alderman for 32 years.

At 23, Marty was the youngest state senator in Wisconsin history. In 1970s, he was elected lieutenant governor, re-elected and, in 1977, became governor when then-Gov. Pat Lucey resigned to be ambassador to Mexico. Schreiber was beaten in the 1978 election by Republican Gov. Lee Sherman Dreyfus.

After working as a Sentry Insurance executive, Marty ran for Milwaukee mayor in 1988 and lost to John Norquist. He then started a public relations, lobbying and consulting firm.

Elaine stood by Marty through the good times, which included her dance with President Jimmy Carter in the White House, and the not-so-good election days.

“I couldn’t have asked for a better partner,” Marty says of Elaine.

Elaine dedicated her career to children: She worked for 20 years as an early childhood teacher, board member, donor and campaign committee chair for the Silver Spring Neighborhood Center. In 2014, the Silver Spring center was renamed the Elaine Schreiber Child Development Center.

In 2008, Elaine was diagnosed with dementia. In a never-published essay, Schreiber talked about what happened then:

“I told myself I was strong enough to handle caring for her at home…I rearranged my business schedule around Elaine’s needs. I went along to doctor’s appointment, drove her wherever she wanted to go, learned to cook a little, and kept the house in order.

“But the rules of this cruel game keep changing, and at an increasing speed.  I never thought my wife … would wake me in the night to ask, ‘Are we married? Do we have children?’” [They have four.]

“About three years into our Alzheimer’s journey, caregiving wasn’t just my No. 1 concern, it was practically a 24/7 job.”

What Schreiber knows now, and his “last hurrah” campaign message: Caregiving almost killed him. Don’t let it kill you.

“Doctors puzzled over my respiratory issues, ordered up labs and still disagreed on the cause. Eventually, my medical chart reached a whopping 400 pages. My wife was the one who was sick; why was I being admitted to the hospital?

“The answer was simple: I was burning out both physically and emotionally. This lack of understanding produced medical bills of more than $360,000 to get me headed in the right direction…. I’m still not well, though.”

Last year, Marty was told that Elaine must go to a care facility  – for her safety and his.

When Marty now visits Elaine, he uses “therapeutic fibbing” – when the caregiver agrees with the loved one’s fancies or fears to ease their anxiety and transition to other subjects.

Now, the one-time governor has two simple goals: “Help Elaine be who she is now.” And, advising dementia care givers, “Be strong enough to ask for help.”

2 thoughts on “The State of Politics: Marty Schreiber’s Last Campaign”