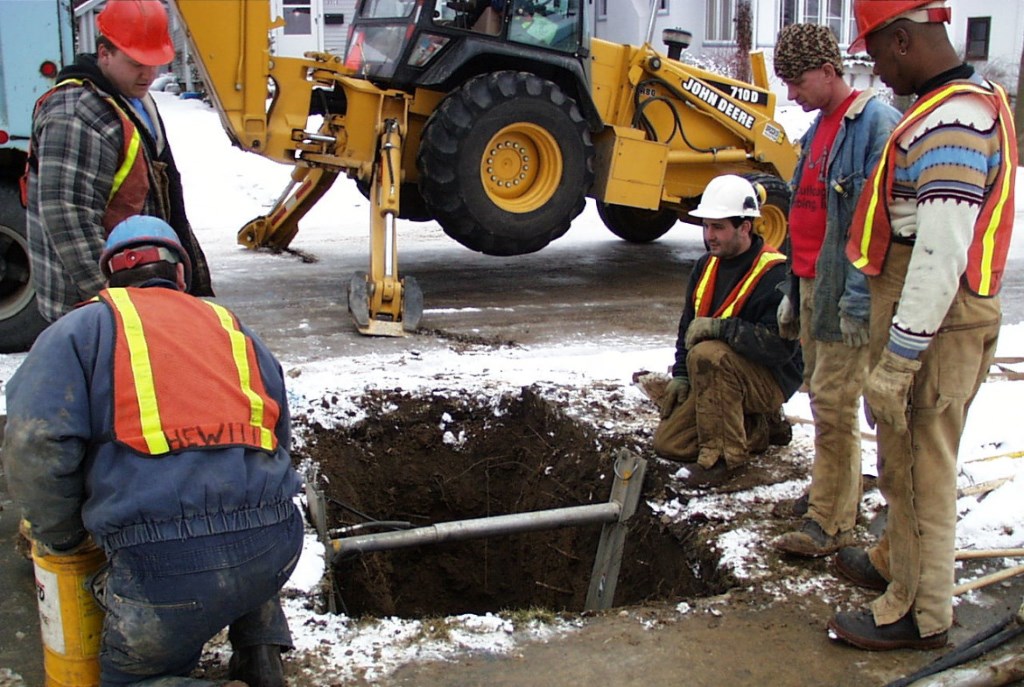 In the wake of the national scandal over how state officials in Michigan handled drinking water in Flint, government officials across the nation are treading carefully on this issue. That would appear to include Wisconsin’s state leaders, but appearances, it turns out, can be very deceiving.

The Wisconsin Department of Natural Resources recently announced what it hailed as “innovative” program, that got considerable coverage from the press. It would allocate $11.8 million to local communities to pay for replacement of lead service lines owned by private homes.

The problem for cities like Milwaukee is they can replace aging main lines carrying water but the lead lateral lines connecting from the main line to homes are owned by homeowners, most of whom can’t afford to pay for this. “Many homeowners are unable to afford complete replacement of lead service lines, which can range in price but averages about $3,000 per home,” the DNR press release noted. In Milwaukee you can have homes worth as little as $30,000 where it could cost $6,000 to replace the lateral.

The DNR’s “innovative” idea actually originated with the administration of Mayor Tom Barrett, who called for a state program like this back in January “This is a statewide problem,” Barrett said. “And we believe we’ve brought this problem to the state’s attention.” City Commissioner of Health Bevan Baker had written state officials to create a partnership with municipalities “to remedy this situation on behalf of all citizens in Wisconsin.”

As for the funding in the new state program, it is actually federal money from the U.S. Environmental Protection Agency or EPA, which had decided to allow states to use its funding for lead service line replacements on private property.

Still, the DNR had acted — and promptly — on these urgings from city and federal officials. Except that it decided to allocate the money in a way that sends far more to Republican areas, and far less to Democratic Milwaukee, which faces by far the hugest problem.

How huge? Some 70,000 of the estimated 176,000 lead service lines in the state are in the City of Milwaukee. That’s 40 percent of the state’s problem, yet the funding formula announced by the state would give Milwaukee $750,000 or just 6.4 percent of the $11.8 million in EPA funding the state is distributing. At that rate of funding it would take 280 years to replace all the privately-owned lead laterals in Milwaukee.

Meanwhile, state officials are pushing the city to continue replacing its main lines, even though there is abundant evidence this could cause lead poisoning.

The state Public Service Commission or PSC oversees the city water utility and had approved an increase in the utility’s rates, to help pay for replacing at least 15 miles of water mains per year. But given mounting evidence nationally that replacement and reconnection of the iron main lines to lead laterals can lead to lead leeching into tap water, the city did testing in 2015 of what happened to tap water in homes when water mains they connect to are replaced. The testing was done in cooperation with the Wisconsin Department of Health Services and Department of Natural Resources and the US Environmental Protection Agency. The results showed lead levels increased in the tap water.

Given federal EPA guidelines saying that no level of lead is safe, the city announced it would immediately suspend replacement of water mains connecting to lead laterals, “while agencies work together to develop a plan to move forward.” Carrie Lewis, superintendent of the Milwaukee Water Works, wrote this in a letter to former Republican legislator Jeff Stone, now the administrator of Water, Compliance & Consumer Affairs for the PSC to explain the situation. “It was the strong and unanimous recommendation of these national experts” with the EPA and state agencies, she wrote, that removal of only the city’s water lines without removing the connecting lead laterals owned by homeowners would be potentially harmful to residents’ health.

To meet the PSC mandate of replacing at least 15 miles of water main lines in 2016 and yet protect residents from lead poisoning, Lewis wrote, the city will replace main lines connected to newer copper laterals. But she noted that “it was highly unlikely that more projects can be bid out in time this year.”

Stone’s response was unbending, saying the water utility must work with the city to “ensure replacement of the lead services happens during the planned main replacements.”

At this point, Bevan Baker wrote the state Department of Health Services and DNR, both of which were involved in the city testing that showed removing the main lines connecting to lead laterals would cause lead poisoning. The letter noted the PSC response to the situation. The response to the city from Cathy Stepp, head of DNR, was that her department “strongly supports local governments replacing full lead service lines.” The response from Kitty Rhoades, Department of Health Services, was to ignore the PSC mandate and declare “it is our shared hope that service line replacement be done in a way that prevents… a health concern.”

All three officials were unwilling to budge regarding the potential problem caused by disconnecting mains if you don’t also replace lead laterals at the same time. Nor were they willing to suggest how to pay for removing the lead laterals.

In announcing the state’s new program to pay for replacing lead laterals owned by homeowners, Stepp told WCIJ reporter Dee Hall her agency recognizes that the cost of replacement is a big barrier to utilities and private property owners alike. This program “offers an effective way to fill the financial gap,” she said.

City officials will privately say the administration of Gov. Scott Walker “hates Milwaukee” because Barrett ran against Walker in the 2012 recall election. Whatever the reason, we have a state government that seems to be going out of its way to punish Milwaukee’s taxpayers. The state decision to force Milwaukee to pay for relocating utility lines in creating the streetcar is another example; in every other kind of transportation project for local communities, the utility company pays the costs. Only in Milwaukee will taxpayers pay for this.

The last time I checked, Milwaukee was still part of the state of Wisconsin. If the state is serious about combatting lead poisoning, it should be allocating the federal money it receives to where the real problems are. And that, by the way, would allow the city to comply with the PSC order while not risking the health of city residents.

Correction: an earlier version of this story wrongly reported the city’s main lines were made of lead. They are made of iron.

Update 8:15 a.m. May 4: Responding to my query to the state DNR as to whether the allocation of federal money for lead lateral replacements underfunds the state’s major problem area, Jennifer Sereno, Section Chief of External Communications for the Wisconsin DNR got back to me after the story’s publication to say this:  “Our goal is to help as many municipalities as possible fully replacing lead service lines. The proposal is out for public comment, comments are due by May 10th and can be submitted to Robin Schmidt at robin.schmidt@wisconsin.gov; or mail to Robin Schmidt, Community Financial Assistance, WI DNR, P.O. Box 7921, Madison WI 53707-7921.”