Into the 1920s, horse-drawn wagons were still widely used for commercial transport. 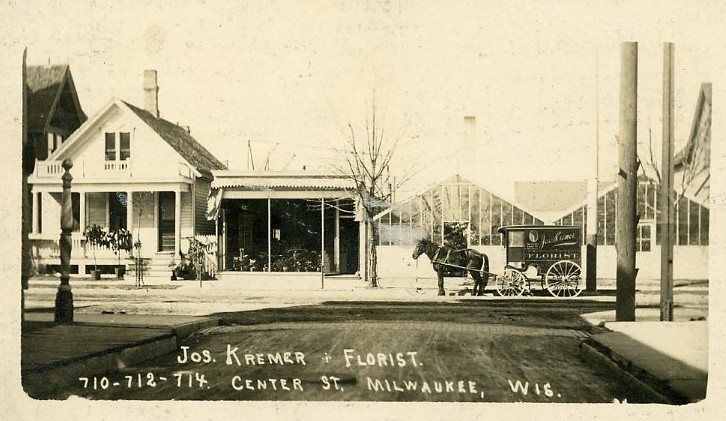 At the turn of the nineteenth century, there were 21 million horses in the U.S. and only about 4,000 automobiles. Early cars were expensive and unreliable, regarded more as amusing novelties than as a serious means of transportation. Thus, in Milwaukee as of 1907, “with a human population of 350,000 and a horse population of 12,500, this meant 133 tons of manure a day, for a daily average of nearly three-quarters of a pound of manure for each resident,” as one account notes.

But by 1910 innovations in mass production and engine technology had created a vehicle that was both more reliable and more affordable. “In 1912, traffic counts in New York showed more cars than horses for the first time,” one history notes. “Freight haulage was the last bastion of horse-drawn transportation; the motorized truck finally supplanted the horse cart.”

Still, as late as the 1920s horse-drawn wagons were still being used for local commercial deliveries in Milwaukee. This interesting photograph (c. 1910) shows a florist business with what is probably its only delivery vehicle. The proprietor and his address are obvious – Joseph Kremer at the 700 block of W. Center St. A few of the floral arrangements are barely visible on the shop windows. You’ll also note the greenhouse just east of the store and also owned by the business, that would have been a rarity at the time. Kremer’s residence stood just west of the shop.

In 1914, when the Kremer business changed hands and became Eberfeld’s Florist, there were 73 florists listed in the City Directory. Eberfeld’s remained at the Center St. location through the 1950s.

The buildings in this photo are all no longer standing as the site is now occupied by the I-43 freeway. In many respects this is an example of the kind of neighborhoods destroyed by the construction of Milwaukee’s expressways in the 1960s and ’70s, though by that time most of these small “ma & pa” businesses had already disappeared. 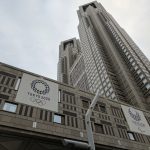