The Quartet will complete a several-year cycle of Ludwig van Beethoven‘s string quartets with perhaps the greatest of them all – the String Quartet in C# Minor, Opus 131. Departing from the usual pattern of four movements, Beethoven sought to unify the work by adding three short movements to create a connective thread throughout. Mandl thinks of it as a single movement quartet with seven parts to be played without pause. Describing the Philomusica’s struggle with Beethoven’s ambiguous notes for the “transitional” movements, Mandl reflects the challenge of finding the proper changes in tempo: “Perhaps it’s like stretching dough. There is a constant speed that you can be pulling, but when you get to the end, you have to move faster otherwise it starts to sag and fall apart.”

I have appreciated the care and deliberation the Philomusica have put into all of their exploration of the Beethoven quartets.

And this last Beethoven quartet has it all. Musicologist Kai Christiansen says the quartet embraces “an initial somber but lyrical fugue, two vibrant scherzi, a colossal theme and variations, connective recitative, a wisp of heartbreaking adagio and a dazzling finale cresting in mountainous developments alongside the most delicate, visceral, effervescent and tensile textures imaginable.”

A small work by Franz Schubert, Quartettsatz in C Minor, D. 703 fits the evening well. The name translates from the German as “quartet movement.” Schubert wrote only the first movement and a fragment of a second when he abandoned it.  Several themes are introduced, then reflected in reverse order in the recapitulation, ending unusually with the opening theme. Mandl observes a “magical tonal shift in the harmony…Each little turn of the kaleidoscope provides a different color, a different key, carried by the lyrical melody.” Perhaps, Mandl thinks, this first movement was so rich and powerful in its ideas that Schubert didn’t know what to write next to match it. 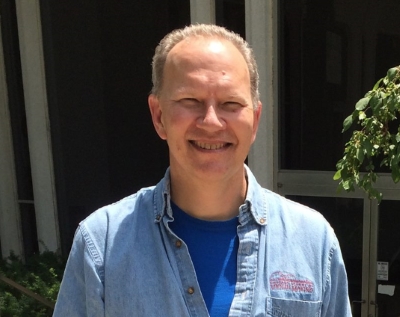 Guest violist Matthew Michelic will join the Philomusica for the fifth of Wolfgang Mozart‘s viola quintets, String Quintet in D Major, K. 593. Michelic leads a respected viola studio at Lawrence University. He performs regularly with the Lawrence Chamber Players and has performed with many Milwaukee organizations as well as around the world. This is his first appearance with Philomusica.

Mozart’s quintet may not be as weighty or complex as many of his late chamber works which explored the gravity of minor keys. In the bright key of D major, the work offers a greater degree of transparency. The work opens with a dialogue between cello and the other strings. Canon forms and a concluding rondo offer frameworks to expand the conversation. Mandl describes a favorite section in the Adagio second movement: “The two violas have beautiful lyrical passages together, surrounded by critical voices. A surprising storm tries to pull the violas apart.” The use of two violas “reinforces a register that normally gets buried,” he adds.

Members of the quartet have also been an active part of the new Milwaukee Musaik ensemble. That ensemble has brought a fresh perspective on chamber music through three very different concerts in the past four months.

I look forward to the next season as both groups are able to offer a full year of concerts. Wisconsin Lutheran College has been a great venue for chamber music. By next fall a new parking garage will ease traffic concerns. (I have personally found street parking and the Gold line bus service to offer amendable options already.)