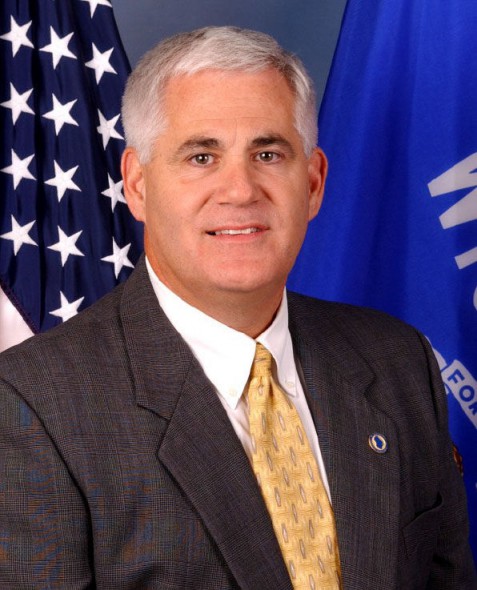 Here’s an idea: State government’s top criminal investigator should follow – and not try to circumvent – the Open Records Law.

But former Corrections Secretary Ed Wall, who is on paid leave as director of the state Justice Department’s Criminal Division while investigators determine how he responded to alleged assaults at the state’s prison for juveniles, tried to end-run the Open Records Law.

Wall mailed official state documents to the home of Rich Zipperer, Gov. Scott Walker’s chief of staff and a former state senator. They included this personal wink/wink at Open Records disclosure requirements: “I know that you didn’t want me sending this electronically or to the office because of the (open) records issue, so I elected instead to send it to your home in writing and would ask that you feel free to shred it once you’ve looked it over.”

“Nobody will know that I sent it and this is strictly between you and me,” Wall added. “I understand the concern the administration has over creating records, Rich, but I can’t let that harm me or my family worse that we’ve already been harmed.”

Wall’s willingness to flaunt the Open Records Law was just the latest example of how elected and appointed Republicans wish it wasn’t there.

In December, for example, the Wisconsin Center for Investigative Journalism (WCIJ) reported that two former Walker cabinet secretaries, Department of Financial Institutions Secretary Peter Bildsten and the first CEO of the Wisconsin Economic Development Corporation, Paul Jadin, said they were told by Walker’s former top deputy to not “use official email or state telephones to relay important information or documents.”

That report quoted Bildsten as saying former Secretary of Administration Mike Huebsch, now a Public Service Commission member, “gave this warning at a cabinet meeting: ‘Don’t send me an email of anything important on my state computer, and don’t call me on anything of importance on my state phone. If you have anything of consequence or importance, call me on your personal phones or walk it over’.”

“And that is how most communications were handled going forward,” Bildsten told WCIJ reporter Dee Hall. Bildsten resigned after opposing Walker’s plan to merge his agency with another.

Huebsch emailed WCIJ this response: “I did not direct them to never use email, I told them to be prepared that anything they write, or more accurately an edited version of their email that fits a pre-written story, could show up on the front page of the newspaper, so review emails carefully before sending,”

Thanks to the Open Records Law, reporters learned that, hours before the Legislature’s budget committee finished work on the 2015-17 state budget last summer, Walker and Assembly Speaker Robin Vos, another Republican, pushed to broadly exempt legislators’ and Walker Administration documents, emails and phone records from that law.

All 12 Republicans on the Joint Finance Committee voted for that gutting of the Records Law – votes Democrats are making a central issue in their re-election campaigns. A firestorm of protests caused GOP leaders to quickly kill the proposal.

You might have been confused then when Walker issued this Sunshine Week proclamation for March 13-19:

“Whereas, the current version of Wisconsin’s Public Records Law was adopted in 1981, as a tool for the people to access information about the affairs of government and about the official acts of those who exercise delegated sovereignty as the people’s representatives and … Wisconsin has enjoyed a long history of open and transparent government.”

State agencies, Walker proclaimed, must “go above and beyond the requirements of the Public Records Law.”

First, while he’s home collecting his $107,000 annual salary, Wall should study the Open Records Law before going back to work as state government’s top criminal investigator.

One thought on “The State of Politics: Open Records Law Still Under Siege”