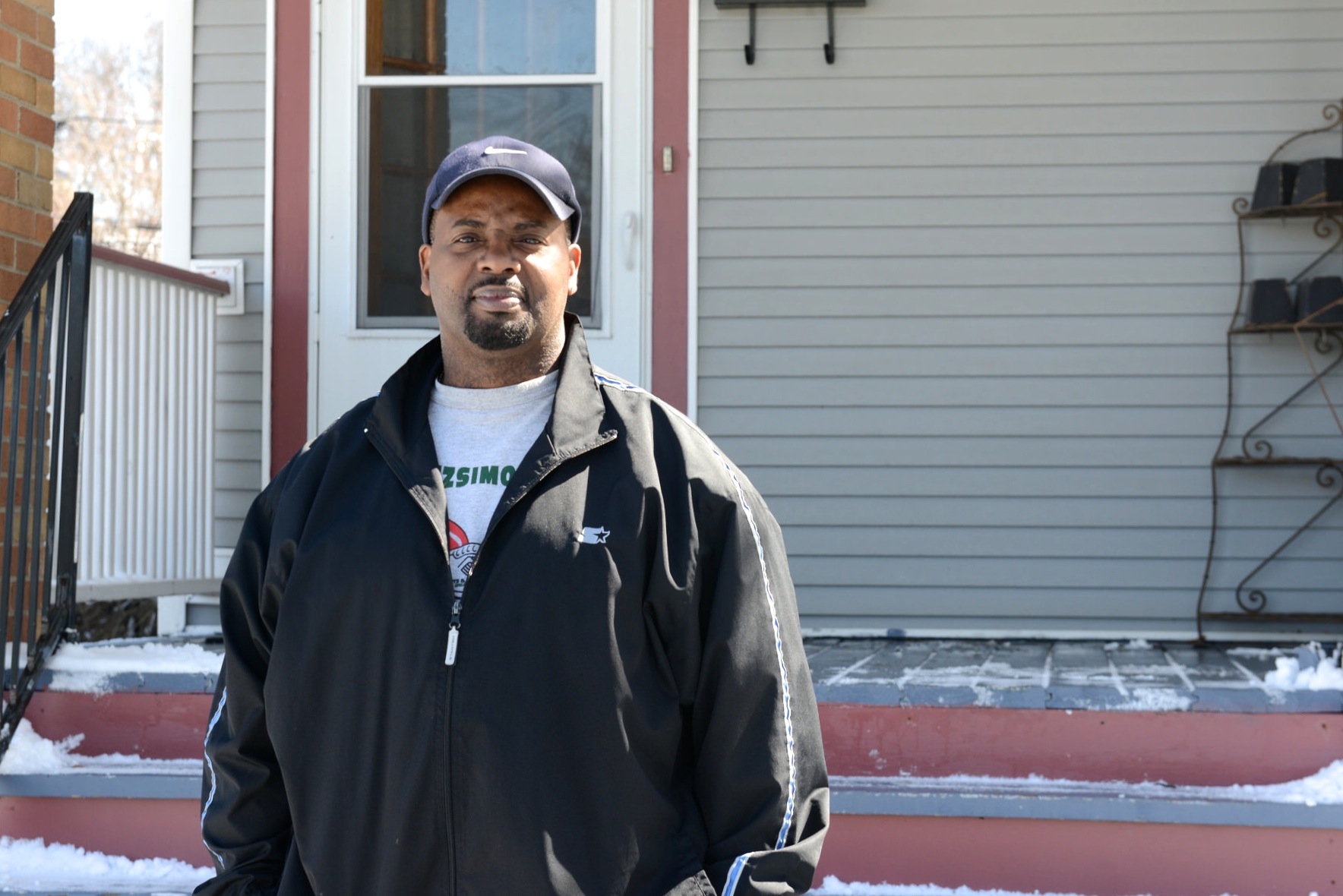 A transformation has occurred along N. 46th St. from W. Center St. to W. North Ave. in the heart of the Sherman Park neighborhood, where homeowners have completed various home improvement projects such as repairing their roofs and replacing gutters and windows.

The rejuvenation along this small stretch has been spurred in part by the renovation of eight homes on the street by Milwaukee Rising, a campaign to improve the real estate market in Milwaukee by addressing the disproportionate number of foreclosures in Sherman Park.

Milwaukee Rising, created by the grassroots group Common Ground, has renovated more than 70 foreclosed, distressed homes in Sherman Park, selling more than 60 of them to individuals and families since the effort began in 2008. Its goal is to rehabilitate 100 foreclosed houses and return them to the local real estate market. 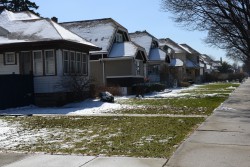 Homes in the Sherman Park neighborhood along 51st Street. (Photo by Sue Vliet)

One of Milwaukee Rising’s homes was recently purchased by Randy Jones, a 48-year-old divorcee, who looked at dozens of houses before finding his three-bedroom, two-bath bungalow. The former aldermanic candidate said the effort by Milwaukee Rising will have a long-term impact on the city.

The effort has reduced the number of abandoned homes in the neighborhood, from 300 in 2010 to about 150 in 2015. Because the remaining blighted homes are a breeding ground for crime, 30 volunteer home evaluators from Milwaukee Rising inspect each one monthly, reporting problems such as break-ins to the Milwaukee Police Department or the city.

Milwaukee Rising has received about $1 million in grants from Bank of America, Deutsche Bank and Wells Fargoand about $500,000 in low- or no-interest loans from religious entities and Milwaukee Development Corporation. The City of Milwaukee also allocated about $4 million of federal Neighborhood Stabilization Project funds to the effort. In addition, Bank of America gave the organization 12 houses and $180,000 to rehab them.

“The banks are the ones that caused this problem, so they should be the ones to help rehab and repair these homes,” said Frank Finch III, treasurer of Milwaukee Rising.

Milwaukee Rising uses the funding to purchase properties and hire contractors to do major plumbing, electrical, foundation and general improvements to the houses. The organization then puts them back on the market and the proceeds from the sale of properties are used to pay lenders.

In addition to completing rehabs, Milwaukee Rising has provided up to $5,000 in matching grants to 40 Sherman Park homeowners to make improvements such as replacing a roof or windows. More than $200,000 has been disbursed through that effort.

“When we rehabbed a home, we went to each homeowner on the block and asked them if there was something they needed to get done on their house,” Finch said. “That was really successful.”

Zillow notes that foreclosures “will be a factor impacting home values in the next several years” in Sherman Park, where 15.6 per 10,000 homes are foreclosed, almost twice the rate for the entire city of Milwaukee and five times the national average.

To stem the long-term foreclosure tide in Sherman Park, homeownership is the key, according to Judy Maher, a contractor who serves as Milwaukee Rising’s project manager.

“This is making a big difference,” Maher said. “There are way too many people renting in Sherman Park who should own — plain and simple.”