By Sharon McGowan, Milwaukee Neighborhood News Service - Mar 18th, 2016 11:02 am
Get a daily rundown of the top stories on Urban Milwaukee 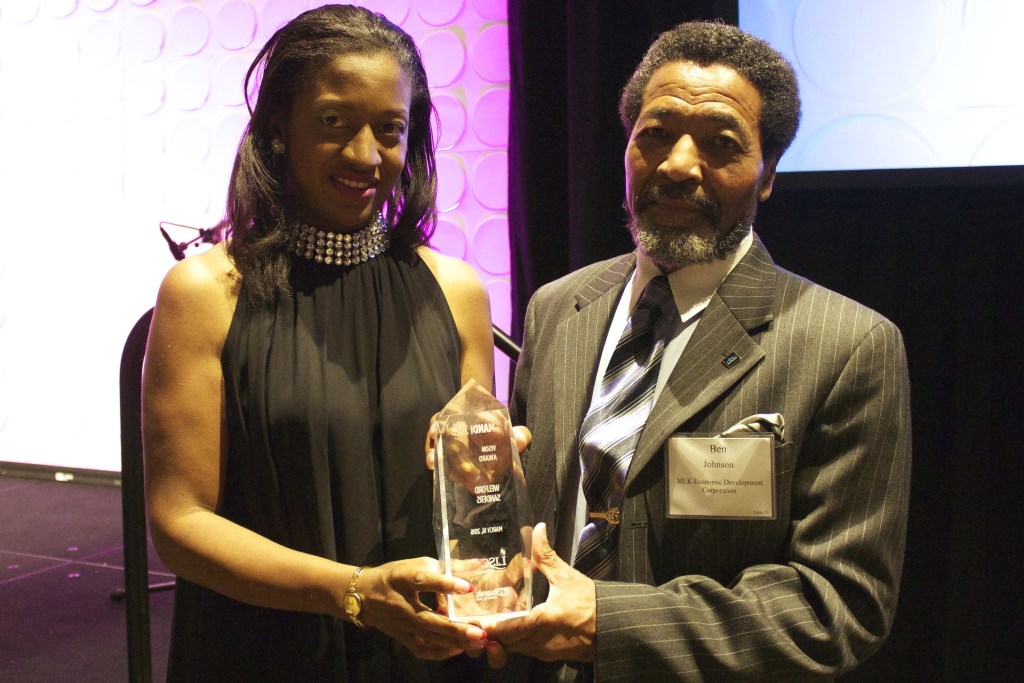 More than 850 attendees at the Milwaukee Awards for Neighborhood Development Innovation (MANDIs) dinner Wednesday night were among the first to learn that attorney Donsia Strong Hill will be LISC Milwaukee’s new executive director.

LISC CEO Michael Rubinger introduced Strong Hill, an attorney and consultant, who follows Laura Bray in the role. Bray resigned in December after a short tenure. Rubinger also announced a $25 million investment in Milwaukee over the next five years. 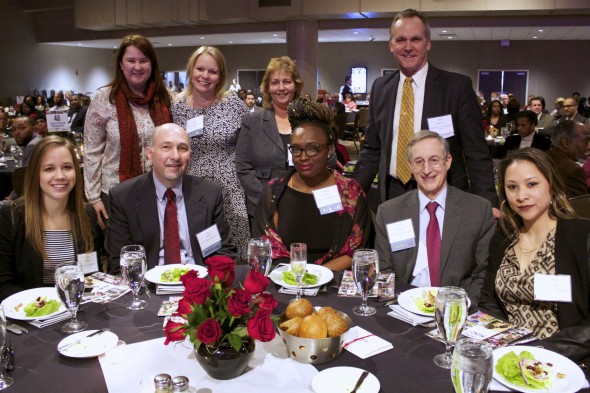 All winners received a trophy and a $1,000 contribution. The 15 finalists were selected by a volunteer selection committee comprising 40 private, public and government volunteers.

In addition, the Vision Award was presented posthumously by the LISC Local Advisory Board to Welford Sanders, executive director of the Martin Luther King Economic Development Corp. Sanders’ daughter, Dawn Sanders Cavilla, accepted the award, recalling one of her father’s favorite quotations from Dr. Martin Luther King Jr. “I’ve seen the promised land. I may not get there with you, but I want you to know tonight that we as a people will get to the promised land.”

Sanders Cavilla set the tone for the awards presentation by stating that her father never gave up on his community.

“The MANDIs are a celebration of Milwaukee’s neighborhoods, and the passionate, committed people who work tirelessly to improve their communities,” said Dawn Hutchison-Weiss, communications director of LISC Milwaukee.

Winners and finalists are listed below:

COA Youth & Family Centers was awarded the BMO Harris Bank Cornerstone Award for the organization’s work in the Amani neighborhood. The award recognizes commitment and effectiveness over time. The Northside Housing Initiative and Safe & Sound were also finalists.

Rodney Bourrage, Sr., founder and executive director of Operation Dream, won the Northern Trust Navigator Award, given to an individual or individuals for leadership. Larry and Sharon Adams and Dick Larsen were also finalists.