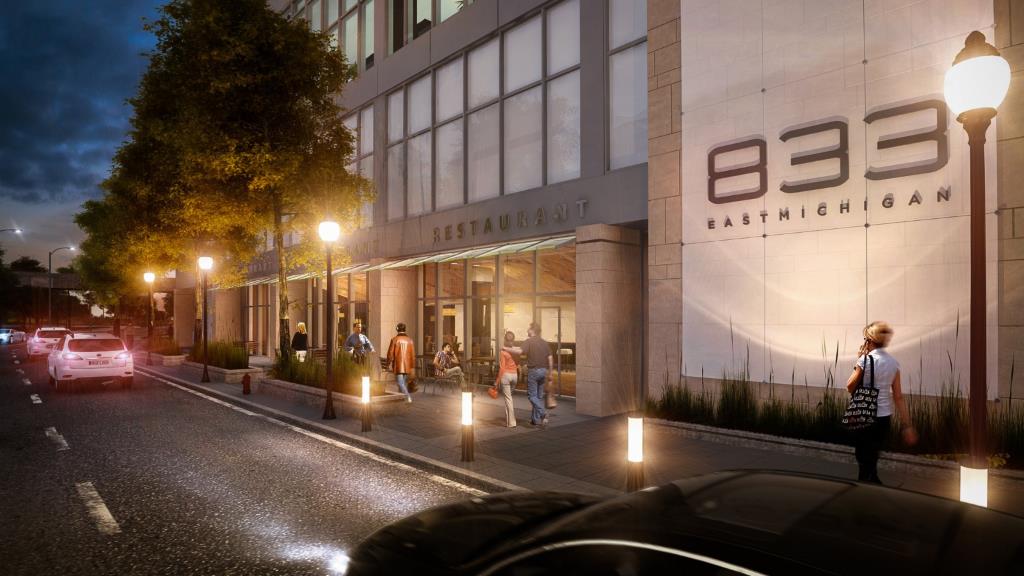 Rendering of the future home of RARE Steakhouse. Rendering by Kahler Slater.

This Madison-based restaurant plans to move in to the office tower located at 833 E. Michigan St. and to open sometime in May, serving lunch and dinner. Paul Morrison will be the executive chef for the Milwaukee location. The Madison steakhouse gets four stars from users at Yelp and four stars from Trip Advisor, but a review in the Wisconsin State Journal, while saluting the “spectacular” service and “exquisite” decor, found the food was uneven. Milwaukee Journal Sentinal’s Carol Deptolla reported on the new location.

“The restaurant will serve steaks from Meats by Linz of Chicago in a white-tablecloth setting” and will “have a wine list of 400 bottles.” 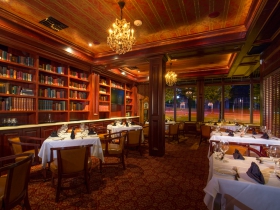 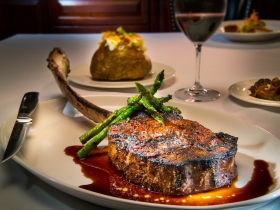 Kimpton Hotels and Restaurants is opening up a new restaurant in Milwaukee, entitled Tre Rivali, along with their rooftop bar and lounge, The Outsider. The two entities will be opening in June and will be located at 200 N. Broadway in the Historic Third Ward, according to a press release, and to judge by the huge traffic our published press release generated, there is huge interest in the new place. Wisconsin native and former “Top Chef” contestant Heather Terhune will become the executive chef for the restaurant. As the release notes:

“Influenced by her travels abroad and the soulful cooking of her Midwestern upbringing, Chef Terhune’s menu at Tre Rivali will feature Mediterranean-inspired Modern American cuisine with locally-sourced ingredients…Menu highlights will include: wood fired pizzas, fresh pastas and wood grilled meats and fish.” 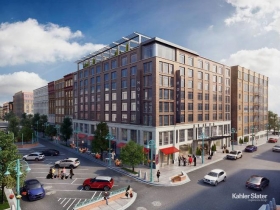 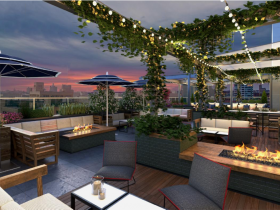 Last week, as you may have noticed, this restaurant which located at 2491 S. Superior St. in Bay View, was closed. But not to worry, according to owner Valeri Lucks, the close was only a temporary one, to accommodate the addition of a bakery formerly located at its sister restaurant, Honeypie on Kinnickinnic. Palomino reopened its doors on the 10th. OnMilwaukee.com‘s Lori Fredrich reported on the updates to the restaurant:

“”We are expanding the kitchen to accommodate our bakery that has outgrown itself at Honeypie,” says Lucks of the closure.

The Honeypie bakery, which has been expanding its offerings and ramping up production to serve wholesale clients, has recently added items including New York-style bagels to its repertoire.”

Chef Mike Bressler, who has been with the restaurant since last May, will be debut the restaurant’s new menu on March 15th. This is the first major menu revamping in 20 years for the venerable Red Circle Inn, which is located at N44W33013 Watertown Plank Rd. in Nashotah. The menu will still retain some of their classics such as beef Wellington and veal osso bucco, the Milwaukee Journal Sentinel reported:

“The first three-course menu, which will change every month or so, will have lamb ragout arancini; halibut with minted olive oil, lemon curd, pea puree and Parmesan polenta crisps; and chocolate poundcake with dark cherry compote and house almond ice cream for $52.

This popular spy-themed bar at 779 N. Front St. with the colorful history was closed during the month of February for renovations and is set to open on Friday March 11th at 11 a.m. Fredrich reported on the updates to Safe House:

“Initial reports show that many items at the Safe House have been moved, cleaned, improved or replaced including flooring, artifacts and sensitive digital equipment.