Skylight Production Is a Brave Triumph 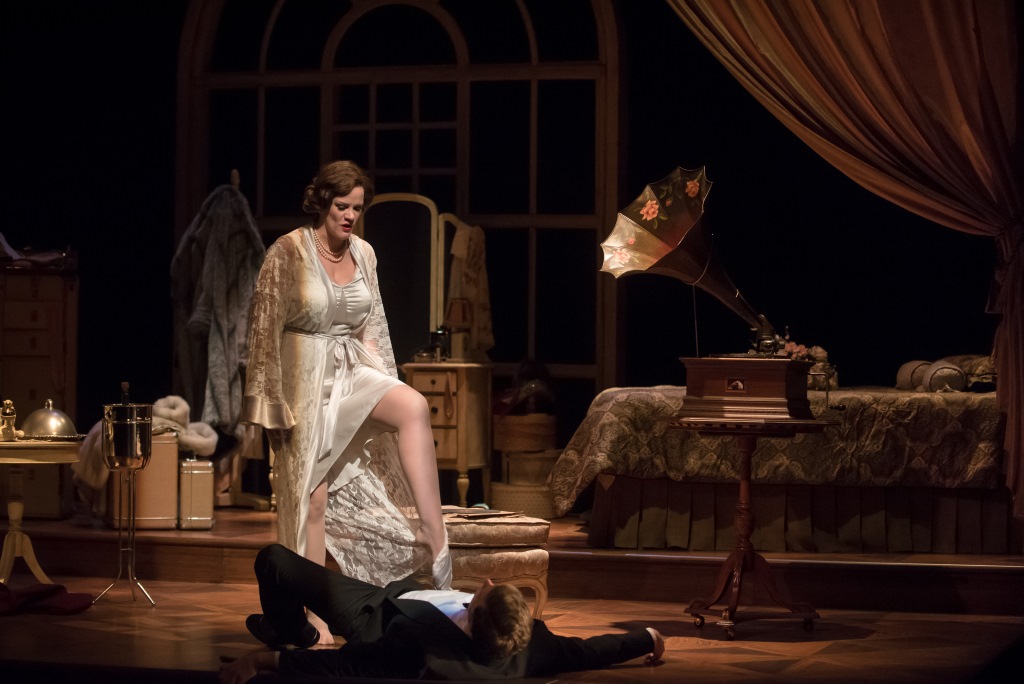 Skylight Music Theatre made a bold choice in opting to stage Powder Her Face by Thomas Adès, which closed this past weekend. Adès’s score is difficult, edgy, and not immediately accessible. The story of Margaret, Duchess of Argyll, is sordid and genuinely tragic. The production, done in flashback from the point of view of the heroine, dares us to be judgmental about a life that is titillating to a public with an appetite for prurience. The Duchess is a fashion icon, a sexual adventurer, and rich beyond compare—every ingredient society loves in a scandal. The opera’s denouement is revealed in a shameless judicial double-standard as her second husband, the Duke of Argyll, at the urging of his mistress, discovers incriminating and compromising evidence of infidelity and uses it to scandalize the Duchess in divorce proceedings. In our current society, in which people are instantly built up and torn down on social media, Powder Her Face has relevance as a cautionary tale that not only suggests the capriciousness of fame, beauty, and wealth but also that women are judged differently from men for how they play on the sexual playground.

Artistic director and conductor, Viswa Subbaraman, led Adès’s chamber opera for four singers and 15 musicians with remarkable clarity and pacing. This music is hard. Constant meter changes, obfuscated rhythms, and barbed melodic and harmonic shifts put everyone through their paces. Doing any more than burying one’s head in the score and beating time seems a lot to ask, but Subbaraman gave much more: Definite and reliable cues, good pit/stage coordination, and crisp pacing of a 100-minute (without pause) work should absolutely be viewed as a triumph for Skylight’s artistic leader.

The four vocal artists—soprano Cassandra Black, coloratura soprano Kaleigh Rae Gamaché, tenor Benjamin Robinson, bass-baritone Joseph Beutel—had a jaw-dropping amount of work to do. Memorizing Adès’s score was a serious challenge for each singer, and all but Black (whose responsibility was solely the role of the Duchess) had to embody several characters as the story unwound. Black’s Duchess was appropriately proud, sexually charged, and, at the end, woeful. In the final scene as the Duchess was being evicted, penniless, from her hotel, she sings that “the only people who were ever good to me were paid for it.” Throughout, Black’s performance sold the role with vocal athleticism and dramatic presence. In the end, her superb pathos was delivered like a gut punch. We were all invited to contemplate the effects of celebrity with which society saddles some women on their way up and horsewhips them viciously on their way down.

Gamaché, singing effortlessly in the stratosphere—while portraying the roles of maid, confidante, waitress, and mistress—maintained a sassy and libidinous stage presence. She plucked pitches from thin air, sang with easy production, and frolicked, slunk, and served in her various guises with convincing aplomb.

Robinson, too, fared well in giving life to his portrayals with sarcasm, sleaze, pompousness, and a playful randiness, and he sang a terrifically difficult part like it was no big deal. Beutel, more baritone than bass, had the least convincing vocal quality; however, he was dramatically magnificent as the Duke, judge, and laundryman, and he was heartless as the hotel manager who evicted the Duchess.

In a story about a socialite who was courted by the world of haute couture, the costumes of fashion designer Cesar Galindo lent an elegant dimension to the production. The Duchess looked tailored and sophisticated in beautiful fabrics and colors that drew all of the attention. The rest of the cast was stylishly clad in colors that were muted or ordinaire, keeping the psychological eye on the central character.

Also focusing the story was the framed-set design of Liliana Duque Piñero, which held the main action. Three tiers of the set delineated a social caste system that helped define the characters, as each scene rolled by with minimal help from the synopsis. When the Duchess was booted from her hotel suite, she left the frame—cast out of the protection of her last refuge—and descended to the level of the house floor, symbolically banished from society’s top tier. The look of the stage was dynamic, enhancing to the drama, and fabulous to the eye.

Stage director Robin Guarino created a dramatic atmosphere that did not obscure the story and cleverly handled the truly salacious moments. In the program notes, she admitted that, to her, the Duchess was “not a particularly redemptive character” or “nice person.” However, under Guarino’s direction, the Duchess emerges differently: she seemed no worse than shallow and vain and, in the end, only pitiable in her tragic circumstance.

Skylight’s 15-piece orchestra had all it could handle with Adès’s score. The individual parts are hard enough, but the threads of ensemble that must stay woven together are fiendish. Although the ensemble’s intonation wasn’t always spot on, and some startling flatus from the bass saxophone seemed outsized with an almost juvenile glee, the orchestra managed, in the main, to bring tremendous credibility and vitality to the production. In fact, amazing would be a fair description of the orchestra.

Skylight and Subbaraman deserve a high-five from the myriad fans of all of the performing arts groups in town. This is how you take artistic risks. A challenging score and story, a fearless production, and a terrific performance of difficult stuff should give Skylight and Subbaraman permission to clang their big brass ones proudly. 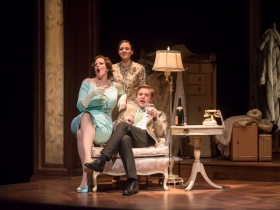 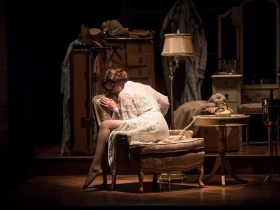 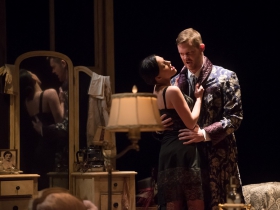 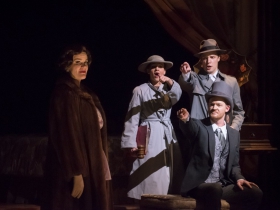 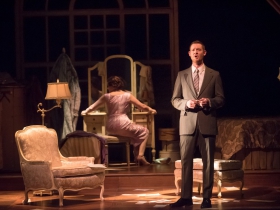 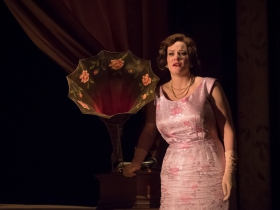