The Other Candidate for County Executive

Joe Klein believes citizens should have access to government records on a 24/7 basis. 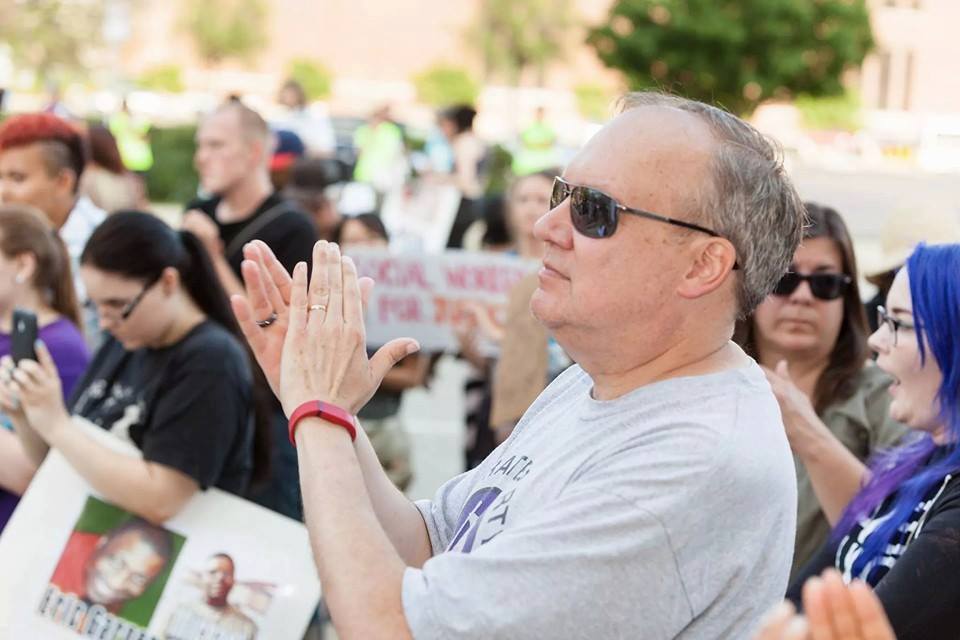 Joseph Klein wants you to join him aboard the pirate ship.

Klein is running for Milwaukee County Executive as the representative of the Wisconsin Pirate Party, a political party that advocates for a transparent government, protection from invasion of privacy by the government, and as direct a democracy as possible.

Klein is far less known than incumbent County Executive Chris Abele and challenger and Democratic state Sen. Chris Larson. But Klein had previously gotten on the ballot for county executive in 2004 and participated in debates against then-incumbent Scott Walker and challenger David Riemer. It’s been 12 years since he last ran, and a lot has changed.

“I’m a different person. I went through a deployment in the Middle East. I didn’t like what I saw in Iraq,” Klein says.

Over the last 20 years, Klein has been working with computers and computer networking, donning titles such as Network Administrator and Network Architect. His technological background plays a role in some of the policies that Klein advocates.

“I believe in having as open a government as possible. I think the taxpayers have to be viewed as the boss. You paid for it, it’s your information,” Klein says.

Klein believes taxpayers should have access to government records twenty four hours a day, seven days a week, without exposing private matters such as medical records. He thinks the government shouldn’t be able to invade citizens’ privacy over security matters.

“There are too many people who are hoodwinked by the concept of security. It becomes a way to impose things on people that don’t really need to be imposed,” Klein says. “It’s a way to create fear. Fear mongering is the tool of tyrants.”

Klein insists he has nothing to hide, and would want to show citizens this. One solution Klein has is to stream every meeting that occurs at the county courthouse so anyone can access it and watch it. He also wants to have a streaming camera above his desk.

Klein also sees problems in the police force, with excessive force towards minorities being an important topic of discussion. Klein believes that a big part of the problem is police officers aren’t being properly trained to communicate with or handle members of the community.

“I think that almost 15 years of warfare now has really caused the deterioration of the democracy and a deterioration of how we view human rights,” Klein said. “I think there’s an issue in police forces because you get a lot of guys coming out of the military joining the police force. A police man has fuzzier rules of engagement than you do overseas.”

Klein sees no clear distinction as to whether Abele is a Democrat or Republican. While Klein isn’t against development of the downtown Milwaukee area, he thinks more money needs to be allocated to the poorer neighborhoods.

“The problem is we tend to give away a lot. We give away a lot in TIFs (tax increment financing) and incentive loans,” Klein said. “I believe there has to be a better balance. Small amounts of money put into the poorest communities could do a lot.”

Klein believes micro loans given to small businesses or community cooperatives in the poorest communities could bring lots of improvement. He believes that big projects are less important than smaller projects, and helping the smaller businesses would help more people individually in the long run.

“If you could just lift people up a little bit, it gives them hope. And half of the problem is hopelessness,” Klein says.

As a previous president of a neighborhood association, he also believes that residents of the neighborhoods need to have the ability to plug into government and interact with it.

“I think the more we can make people believe they have a voice in the government, the more participation there will be, the more we can relieve the anger in these neighborhoods where they feel like they aren’t being represented.”

Klein lacks the endorsements some of the other candidates have, and has seen groups support candidates based on what other organizations back them. Klein says that doesn’t make someone the better politician, and asks that voters pay close attention to the policies being pushed.