Getting Tough On Drunk Driving

Legislators push to make fourth OWI a felony. But the state corrections costs are high. 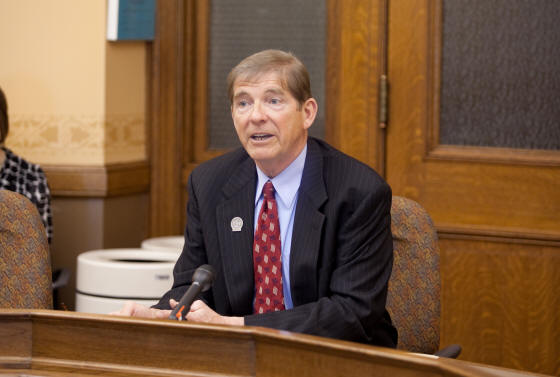 It’s a simple idea: Make a fourth drunk driving conviction a felony. Right now, it’s only a felony if it’s the fourth OWI (Operating While Intoxicated) conviction within five years.

If you think the change is a good idea, you’re not alone. The state Senate recently passed that provision, sending it to the full Assembly. The bill (SB455) got a 9-0 recommendation by a state Assembly committee. If it is not passed by the Assembly in the next few weeks, it dies.

After the Senate vote, the bill’s chief Senate sponsor, Republican Sen. Alberta Darling, issued this statement: “If our laws treat repeat drunk driving seriously, hopefully people will start to get help and not repeat their mistakes. Our laws haven’t been tough enough.”

But there’s a controversy over what the state Department of Corrections (DOC) says the fiscal fallout would be if the bill becomes law – between $97.9 million and $129 million more per year in costs and, eventually, 3,663 more prison inmates.

No way, insisted Republican Rep. Jim Ott, the chief Assembly sponsor of the bill. “Those numbers are hard to believe. We’re just upping the felony category.”

Here’s the breakdown of the DOC numbers:

*Because SB455 would also lengthen maximum prison sentences for those with five or more OWI convictions, DOC estimates that it could eventually put 3,663 more inmates in prison – a 16 percent increase from the 22,309 inmates on Jan. 22.

*If the additional cost was $129 million per year, that would be a 10.5 percent increase in DOC’s annual budget.

That’s money state government doesn’t have. The latest revenue projections said tax collections will be $94 million less than projected when the two-year budget ends in mid-2017.

But Ott, who has authored bills toughening penalties for drunken driving for years, argues that DOC’s numbers ignore the fact that the new threat of a felony conviction, and longer prison sentences for those with five or more convictions, will deter drunken driving. DOC “totally ignores any possibility of deterrence,” Ott said in an interview. “There will be less [drunken driving], and they do not take that into account.”

If every fourth offense OWI was a felony, DOC would see a first-year increase in inmates of 1,018. But, “Once populations are fully annualized (DOC) would see a permanent increase to current populations of 3,663 additional inmates,” its report noted

That 3,663 number could be lower, depending on judges’ sentences. But, DOC officials added, “The sentencing practices of judges cannot be predicted.”

DOC also said there are no beds for the first 1,018 new inmates. “DOC is struggling to find space for the current population, as it is over its budgeted capacity for its facilities.”

DOC now has one Drug Abuse Correctional Center (DACC) that works with drug- and alcohol-addicted inmates, so the agency said it could need three more just to deal with the first-year influx of 1,018. Each 300-bed DACC costs about $13.1 million.

DOC said it could contract with local governments, nonprofits and private businesses to hold addicted inmates. That cost was estimated at about $68.8 million more per year.

DOC could also need a minimum of 57 new social workers, supervisors and treatment specialists, at a cost of about $4.9 million per year.

But not all those new OWI felons would be in prison, officials said. Four years after SB544 became law, DOC would have to supervise 1,093 more OWI inmates in residential settings. That would require hiring 15 more professionals, and electronic monitoring those inmates for a year at a daily cost of between $2.40 and $7.61 per inmate, the agency estimated.

But Ott is undeterred. He vowed to push as hard as he can for an Assembly vote on SB455, saying he hasn’t heard any opposition to it. “It could possibly get a 100 percent vote.”

In a state like Wisconsin, that’s often been accused of dragging its feet on OWI enforcement, that would be remarkable.

5 thoughts on “The State of Politics: Getting Tough On Drunk Driving”