By Dee J. Hall, Wisconsin Center for Investigative Journalism - Jan 19th, 2016 11:18 am
Get a daily rundown of the top stories on Urban Milwaukee

Inmates say and Department of Corrections records indicate that Waupun Correctional Institution officials did not notify prisoners of a dramatic lowering of maximum terms in solitary confinement for months after the new rules were enacted in June. Photo by Lauren Fuhrmann of the Wisconsin Center for Investigative Journalism.

One inmate, Markell Simon, charged he was tricked into agreeing to six months in seclusion because he was unaware the DOC had cut maximum sentences by 75 percent for individual offenses — from 360 days to 90 days. Another inmate, Hurcel Staples, who was released from Waupun Oct. 6, also told the Wisconsin Center for Investigative Journalism that he had never been notified by prison officials of the changes in solitary confinement. 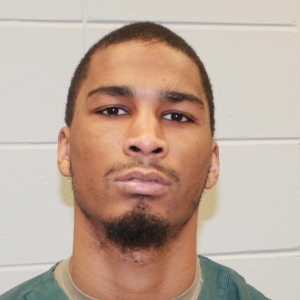 Waupun Correctional Institution inmate Markell K. Simon says he was tricked into voluntarily accepting 180 days in solitary confinement in July. As of Sept. 21, he said Waupun prisoners had not been notified that the Department of Corrections had sharply reduced solitary confinement terms for disciplinary infractions months earlier. Photo courtesy of the Wisconsin Department of Corrections.

Records released to the Center by the DOC in December show Waupun officials were told to post a copy of the new policy for inmates on Aug. 13 — 10 weeks after it had been enacted. The Center had filed a public records request Sept. 29 seeking verification that Waupun inmates had been notified of the new approach to solitary confinement.

DOC spokeswoman Joy Staab declined to answer a question about why Waupun inmates were not notified of the new policy when it was enacted June 1, saying only that staff implemented the changes at that time.

Wisconsin is among several states, including New York, that are reducing use of solitary confinement, largely in response to lawsuits and research showing that spending up to 23 hours a day with little or no human contact and little constructive activity can cause lasting psychological damage. A top United Nations official has said more than 15 days in isolation is tantamount to torture.

Wisconsin’s new policy has reduced the number of prisoners in so-called restrictive status housing by more than 200, from 1,098 at the beginning of 2015 to 892 as of Dec. 31, Staab said.

Waupun inmate Simon said in a Sept. 21 letter to the Center that he voluntarily agreed to serve 180 days in solitary confinement “only because I was under the assumption and understanding that if I went to my hearing and contested the time, I would be risking receiving 360 day(s)” — the former maximum penalty. In fact, under the new policy, Simon’s maximum punishment for assault, disruptive conduct and disobeying orders could have been as little as 120 days.

Part of DOC’s new policy involves “one-on-one negotiations between an officer and an inmate,” a top DOC official told the Center in a July interview. The DOC’s mental health director, Dr. Kevin Kallas, said the agency was encouraging such negotiations so discipline “could take effect now and start now rather than needing to wait for some formal process for every little thing.”

But for at least two and a half months, Waupun inmates were at a distinct disadvantage: They were not notified that maximum terms had been sharply reduced. In addition, mitigating factors, such as a documented history of mental illness, can reduce time in solitary while enhancers, such as repeat violations, can add time to the punishment, according to the new rules. 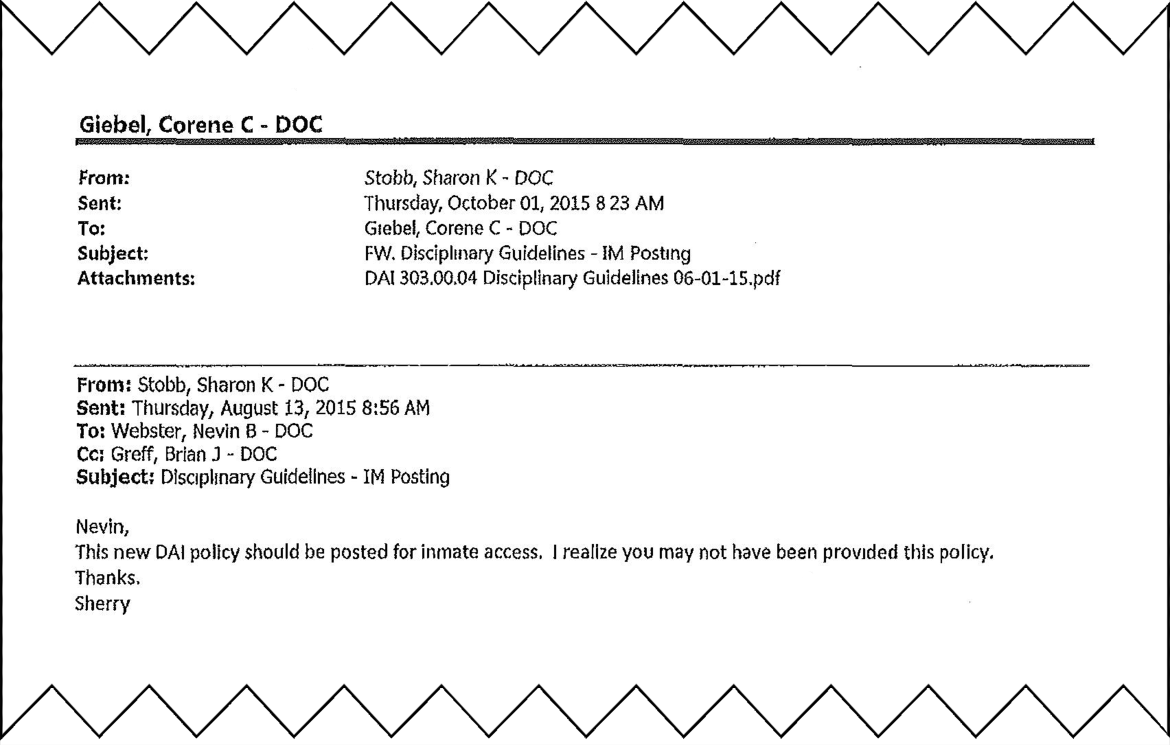 A Department of Corrections official sent this email to the librarian at Waupun Correctional Institution on Aug. 13 — 10 weeks after the agency dramatically cut the maximum time in solitary confinement for disciplinary infractions. Two inmates told the Wisconsin Center for Investigative Journalism that as of late September, they still had not been notified of the rule changes. Email courtesy of the Wisconsin Department of Corrections.

DOC records show Simon pleaded guilty in July, agreeing to serve 180 days in solitary for assault, disobeying orders and disruptive conduct after fighting with two other inmates. Under the new policy, the maximum penalty without enhancers for Simon’s offenses would have been between 120 and 180 days, depending on whether disruptive conduct was treated as a “lesser included offense” to assault that does not carry additional time.

Records provided by the DOC show at least two other inmates also may have voluntarily agreed to longer-than-maximum punishments.

Simon said he found out about the new policy through news coverage around Aug. 25 while he was still in isolation. He found the revelation “shocking.”

“In my opinion, the Waupun administration is attempting to circumvent the new policy changes made by Madison by preying on the ignorance of the inmates incarcerated here,” wrote Simon, who is serving a two-year sentence for being a felon in possession of a firearm. “None of us were aware of these revisions because there was never a memo or mention of them whatsoever by the administration.”

Staples told the Center he also was unaware of the new policy while he was incarcerated at Waupun.

“They didn’t let me know any of them (changes),” Staples said. “I saw something on the news that the DOC made an agreement about how they’re going to do segregation.” 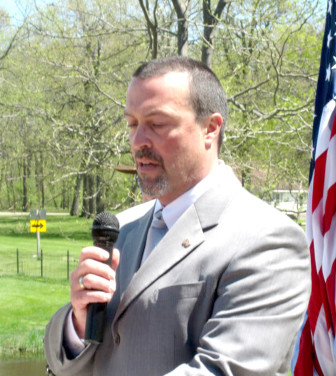 Inmates at Waupun Correctional Institution were not notified for months about a new policy sharply curtailing terms in solitary confinement, even though then-Waupun Warden William Pollard co-chaired the Department of Corrections workgroup that drew up the new rules. Photo by Hank Snyder of the Beaver Dam Daily Citizen.

In 2014, the Center documented dozens of allegations of physical and psychological abuse of prisoners in solitary confinement by correctional officials at Waupun, 55 miles northeast of Madison. Corrections officials have said the inmates are lying.

Asked why Waupun failed to notify inmates of the rule changes in a timely way, Staab responded in an email, “This policy for staff to follow was implemented immediately upon completion in June.” She made no mention of inmate notification.

Staab did not answer when asked via email what steps, if any, Waupun had taken to modify disciplinary sentences that were meted out before inmates were made aware of the new policy.

The email and disciplinary records showed that on Oct. 19, three weeks after the Center’s public records request, Pollard did overturn two disciplinary actions taken in July and August for inmate Demetrius Thompson.

Pollard wrote that officials had failed to consider mitigating circumstances as required under the new rules that would have resulted in shorter terms in isolation. Sentences can be shortened for factors including a documented history of mental illness or if the inmate stopped the misconduct after directed by staff.

In one of those cases from July, the records show, Thompson had agreed to 150 days in solitary — 60 days longer than the maximum amount for any one offense. No other details of either incident were included in the DOC records.

The records show that another inmate, Theodore Duerst, agreed on July 31 to 90 days in isolation, although the new maximum penalty for his offense, disobeying orders, is 30 days. On Aug. 25, Duerst agreed to a punishment of 120 days for again disobeying orders — four times the maximum under the new rules. Duerst’s offenses were refusing to move into a cell he deemed too hot and refusing to continue rooming with an inmate with whom he had trouble, according to the records. 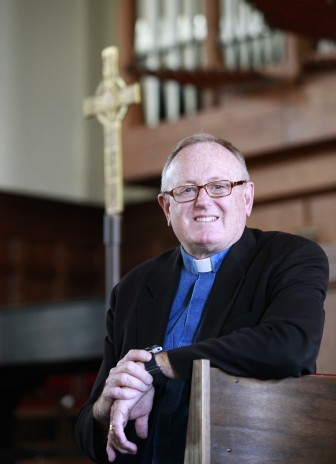 The Rev. Jerry Hancock of First Congregational United Church of Christ in Madison has called for an outside monitor to examine the use of solitary confinement by the Wisconsin Department of Corrections. The failure of DOC to notify prisoners at Waupun Correctional Institution that maximum terms in isolation had been significantly reduced shows “there is no reason to trust the DOC when it comes to implementing this policy.” Photo by John Hart of the Wisconsin State Journal.

Larry Dupuis, legal director of the American Civil Liberties Union of Wisconsin, said the lack of notification of Waupun inmates could provide a basis for shortening their time in solitary.

“A person still in solitary should be able to challenge the continuation of a sentence that is longer than what was authorized at the time the sentence was imposed,” Dupuis said.

The Rev. Jerry Hancock said the incident demonstrates the DOC “is not sincere” in enacting the less punitive rules. He added the lack of notification by Waupun bolsters the call by his faith-based group, Wisdom, for “effective, independent oversight” of the agency.

“It proves conclusively a need for an outside monitor for the … implementation of solitary confinement policies in DOC,” said Hancock, a minister of Madison’s First Congregational United Church of Christ and a former prosecutor. “Without an outside monitor, there is no reason to trust the DOC when it comes to implementing this policy.”

Funding for this report came from the Vital Projects Fund. The nonprofit Wisconsin Center for Investigative Journalism (www.WisconsinWatch.org) collaborates with Wisconsin Public Radio, Wisconsin Public Television, other news media and the UW-Madison School of Journalism and Mass Communication. All works created, published, posted or disseminated by the Center do not necessarily reflect the views or opinions of UW-Madison or any of its affiliates.