Did Democrats Overreact to ACT Scores?

The claim that state dropped from 2nd to 41st on ACT scores is simply wrong. 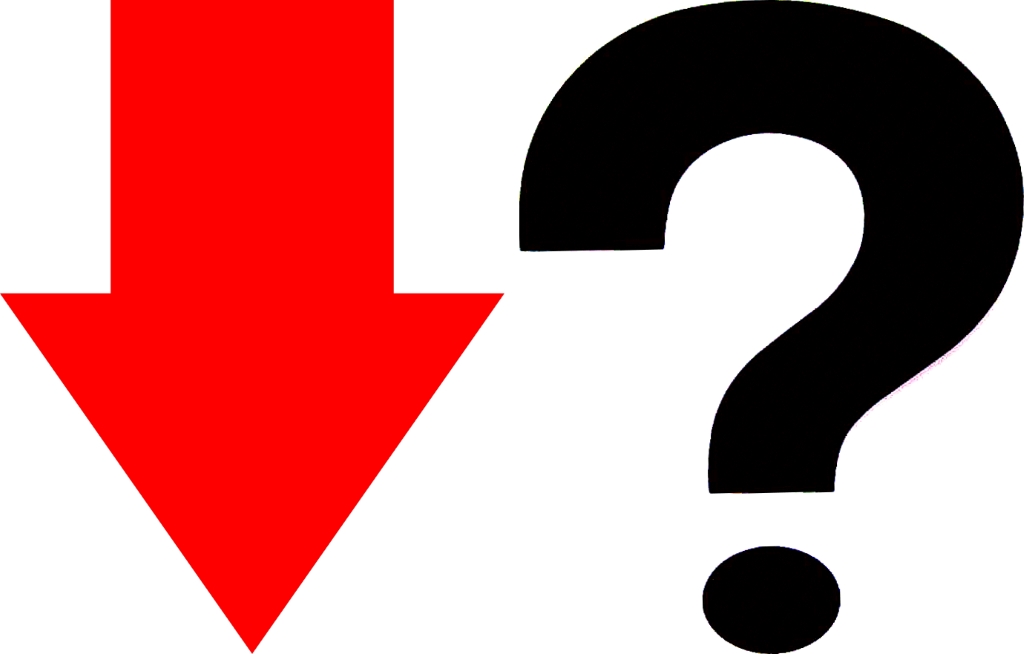 Did Democrats Overreact to ACT Scores?

A recent press release from state Sen. Jennifer Shilling (D-La Crosse), the Senate Minority Leader, entitled Wisconsin ACT scores plummet: State drops from 2nd best to 9th worst in the nation generated quite a buzz, lots of comments and considerable confusion. For example, the number quoted by Shilling—an average composite ACT score of 20.0 for Wisconsin students–was considerably lower than that available on the ACT website—22.2 for 2015 graduating seniors. In fact the ACT website shows this 22.2 score represented no change in either the average score or the participation rate (73 percent) from 2014.

The explanation is that the lower 20.0 score comes from a Department of Public Instruction press release reporting on a new program to give the ACT to all Wisconsin juniors. Thus Wisconsin has two average composite scores for 2015—one for graduating high school seniors who decided to take the test as part of the process for applying to college and a second — and lower — score for all high school juniors. 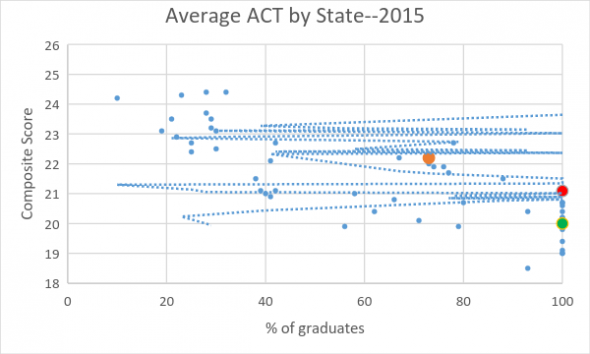 Increasing the participation rate tends to mean that students who are less well prepared—and may not plan to attend college—are included in the sample. There is also the question of the student’s motivation to do well on the test. For students applying for a competitive college the ACT can be a high-stakes test. Those taking it only because it is required may regard it as a low or no-stakes test.

The red dot in the graph, an average score of 21.1 is what we might expect if Wisconsin participation rose to 100 percent while keeping the same advantage over the average. It is not surprising that the actual score for juniors (the green dot) falls below this. Unless students learn nothing in their last year, we would expect, all else being equal, that seniors would score higher than juniors.

Finally, it is worth mentioning that recent cuts in state education spending, no matter how damaging, would be unlikely show up quickly in annual ACT test scores. Any damage would likely take years to work its way through the system as students moved from grade to grade. Cuts negatively affecting early childhood programs might take 12 years, for instance. This, of course, is the real danger of slashing spending—that by the time the damage is recognized it will already have done its work.

6 thoughts on “Data Wonk: Did Democrats Overreact to ACT Scores?”