Paper transfers and tickets are gone, but the union is still upset. 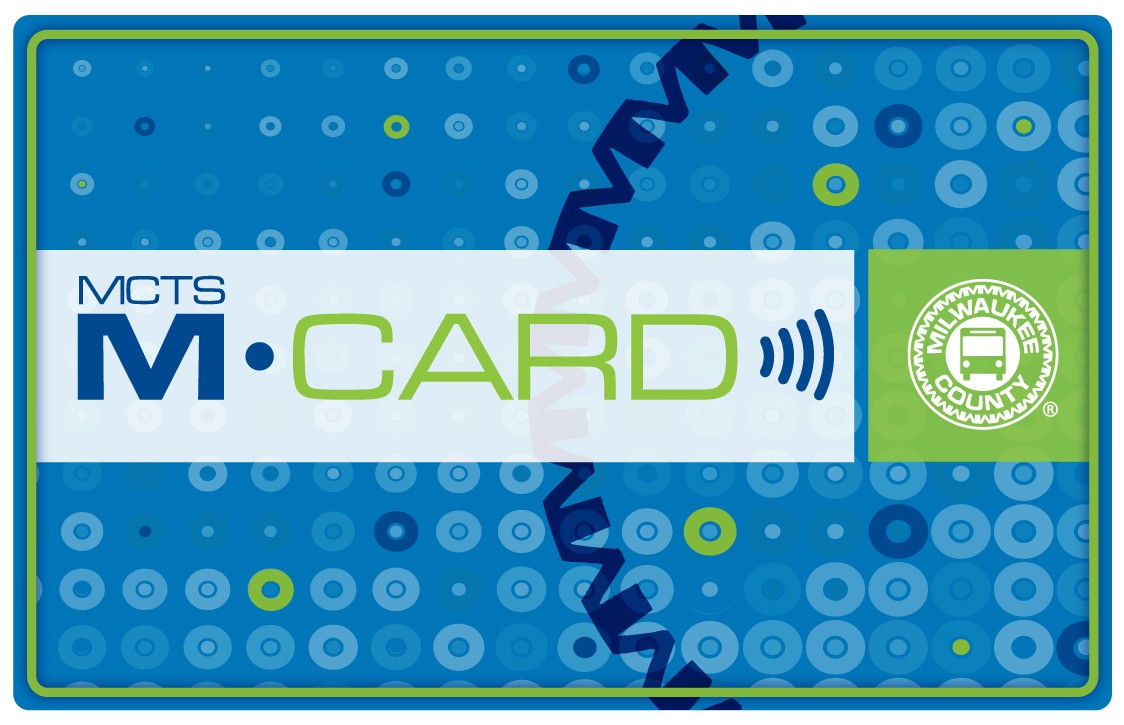 The future is finally here: the Milwaukee Country Transit System will eliminate paper transfers and tickets on February 29th. The long-awaited change will come more than year after a new fare system was introduced. The change will affect up to 53 percent of riders, requiring them to finally convert to the new fare card or ride without receiving a transfer. Going paperless should increase driver safety by eliminating the theft of paper transfers, while also speeding up bus boarding for passengers.

The MCard, a reusable fare card, is the size of a credit card. The card was first introduced to the public in September 2014. The new fare card accompanied the installation of a new farebox system, replacing the old system that was in use for 27 years. Many riders have already made the transition to the new card, with 25 percent of rides taken using the card, while only 18 percent are made using a paper ticket or pass. In addition, another 17 percent of rides are taken using some form of the new fare card, be it the controversial GO Pass version or the college-focused UPass. (Many riders use cash.)

Under the paperless system, riders paying with cash can still receive a free transfer, but must present an MCard to have the 90-minute transfer loaded onto the card. Riders looking to purchase unlimited ride seven or 31-day passes will need to convert to the MCard. The MCard also supports a new one-day, unlimited ride pass. The good news for pass buyers is that the new passes will be effective from their first use until they’re scheduled to expire, unlike the current passes, which have the specific time window printed on them in advance. Riders that previously purchased the sheets of 10 paper tickets for $17.50 will need to convert to loading any amount between $2 and $100 onto an MCard at a participating outlet.

Comparing data from December of 2015 and December 2014, nearly a half million dollars of monthly paper fare purchases have already converted over to the MCard. In December 2014, the system sold $1,152,645 worth of paper passes and tickets; In December 2015, the system sold only $526,470 worth of paper tickets. Surveys done in 2014 and 2015 show a dramatic dip as well: in an April 2014 survey 46 percent of respondents said they used paper tickets or passes, while in an October 2015 survey only 18 of respondents said they did.

Riders who have tickets remaining will be able to convert them to stored value on an MCard at MCTS headquarters.

The Amalgamated Transit Union Local 998 is not pleased. Though the union has been asking for paperless transfers dating to at least 2012, ATU 998 President James Macon expressed frustration with the plan and many facets of “the company” during an interview. Macon noted that “when you have a farebox that don’t work and a community that isn’t engaged, there is going to be major issues.”

Macon claims that on a number of buses he was on this week the farebox wasn’t working, so drivers had to give people free rides. He laments the fact that MCTS didn’t choose the same farebox setup as Waukesha Transit, which uses a farebox that prints a paper transfer. He wishes the transit system would have used a more phased-in approach to the paper products, “don’t phase out everything at one time.” Macon adds that not enough outlets are selling the new cards yet.

Macon and union vice president Michael Bautch also cite a number of factors causing delays in on-time performance, a key metric on which drivers are evaluated. They note that one-day passes now sold on the bus, as well as older dollar bills failing to be accepted by the new farebox system, are impacting on-time performance and delaying riders.

It was clear during our interview that a number of issues remain between the union and transit system following an acrimonious summer that included a 3-day work stoppage before a contract was eventually approved. Macon says that while the paper transfers (a potential theft target and security risk) will be removed, security is still a paramount issue for the drivers. He says the new security vendor, Allied Barton (started November 1st), is “undermanned” and the process by which the new vendor was selected was “flawed to me.”

In response to Macon’s complaint that MCTS should have selected a system that printed paper transfers, MCTS spokesperson Brendan Conway says “that is a very different departure from what union members and leaders have been saying for years. It might make you question if Macon is just looking for something to complain about.” He went on to provide a number of examples of the union advocating for the removal of paper transfers going back to 2012.

Conway notes that the union’s own website advocates for the fast removal of paper transfers. In addition, a number of Journal Sentinel articles from 2012 confirm the union asking for the elimination of paper transfers as fast as possible. Former ATU 998 president Al Simonis is quoted in a December 2012 article saying “You heard the timeline – they’re going to have these paper transfers for another two years. Our drivers are frustrated.”

Conway confirmed that the number of sales outlets is down, going from 230 in September 2014 to just under 100 today. He notes that while expensive technology requirements to sell the new card have reduced the number of outlets, MCTS has supplemented the sales outlets with the new MCard website, which allows users to purchase passes and add value to their cards.

MCTS originally announced in 2014, that they would eliminate paper transfers at the start of 2015. Why the delay? According to Conway, “MCTS anticipated bumps in the road as we adopted the new fareboxes and MCARD Online but the technical problems at the beginning were more than expected and that delayed the move away from paper. The goal all along has been clear, to move away from using paper, but no one wanted to do it in a way that would make it harder and inconvenient for the riders and drivers. So rather than rush to meet a self-imposed timeline, we took a more responsible approach. That will make this transition much easier for the riders, the community and MCTS.”

The highest percentage of rides (35 percent) are still taken using cash. Those riders are paying $2.25 per ride, compared to $1.75 for ticket and MCard users. The cash riders also take substantially longer to pay and receive a transfer, compared to card holders that can quickly wave their pass over the reader.

There are plenty of valid reasons for individuals to pay cash (very infrequent rider, lack of funds to preload a card), but expect the transit system to continue to encourage riders to use the MCard over cash in order to operate the system as efficiently as possible.

The MCard program lacks one critical piece of the always-connected, instantly-available digital world that many consumers have come to expect. While the card can be reloaded via the program website, those funds can take up to 24 hours to become available. That’s because the fareboxes on the bus don’t have a connection to cellular network that would enable them to sync in real-time. Buses must return to their stations to be cleaned and synced to receive the updated fare information. MCTS does have plans to solve this in the future, but has no definitive timeline on the update.

A similar issue affects the Seattle system and their Orca card program, as this writer fell victim to last summer. The Chicago Transit Authority’s online fare reloads are instantly available, but were part of a $454 million fare system overhaul. The Milwaukee fare system in turn cost about $9 million, most of it coming from a federal American Reinvestment and Recovery Act grant. That’s not an apples-to-apples comparison given the plethora of other needs and issues in Chicago, but does suggest that cost may be part of the reason MCTS doesn’t have such bells and whistles as stand-alone fare machines. Still, the paperless system will be a big improvement for Milwaukee bus riders.

3 thoughts on “Eyes on Milwaukee: Bus System Will Go Paperless”