The Middle Eastern-restaurant is also located at Public Market and Amtrak station. 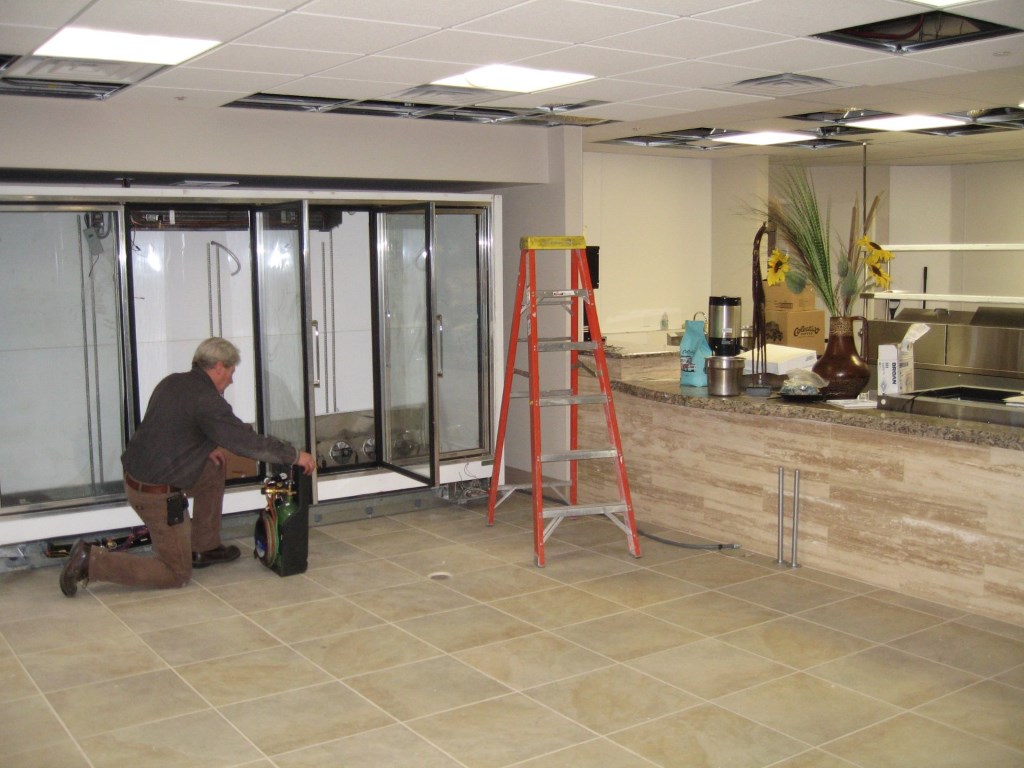 Aladdin’s City Cafe will open in the lower level of the Zeidler Municipal Building tomorrow. The Middle Eastern restaurant was the successful bidder in a City Request for Proposals to operate cafeteria services in the City Hall complex.

Aladdin received the highest score among the three bidders which included Elliott’s Deli Group, operators of a similar facility at 411 E. Wisconsin Ave., and Kasana, a restaurant in the lower level of the recently sold 241 N. Broadway building.

Azmi Y. Alaeddin, who turned 56 on Saturday, January 9th, opened his first Aladdin restaurant, a full-service, linen-table-cloth establishment downtown in 1996 as the first modern commercial tenant of the Cawker Building.

The son of a baker in Kuwait, Alaeddin learned to love food as a child, he says.

After several relocations, including a stint at 202 W. Wisconsin Ave., Aladdin moved to the Milwaukee Public Market, 400 N. Water St., when it opened in 2005 as one of its original vendors with Aladdin Taste-of-the-East / Pita Works. Public Market space rent is listed at $18.00 per square foot per year. The landlord is the City of Milwaukee Business Improvement District #2 [Historic Third Ward].

According to Aladdin’s website: “Even being just a deli at the Milwaukee Public Market Aladdin is still voted the best Middle Eastern cuisine in the city.”

Operating in a public building seemed to appeal to Alaeddin.

In 2009, Alaeddin opened the All-Aboard Cafe in the Amtrak station downtown, expanding on his deli concept and providing food service that exceeds that usually found in train stations. The train station is owned by the State of Wisconsin. Alaeddin pays $15.88 per square foot annual rent for his 2,245 square feet there.

Alaeddin has signed a five-year lease with the city that does not call for a rent payment, although details were not immediately available.

According to Tykesha White, Purchasing Agent-Senior with the City of Milwaukee:

DOA-Purchasing division handled the RFP for the new cafeteria services in the Zeidler Municipal Building.  The RFP resulted in a zero dollar contract and lease with Aladdin and Son’s for a term of 5 years with two options to extend for a one-year term.  Their first day of operations will be on Tuesday, January 12, 2016.

The cafeteria space, which had grown old and tired, was dominated by mirrors, harsh lighting and an awkward floor plan. The plastic potted plants had grown dusty and dispirited. During a site visit, with construction underway, Alaeddin seemed particularly pleased at the removal of the mirrors. The service counter has been moved 90 degrees, and will now include a salad bar, says Alaeddin. The walls have been opened up, and on a visit Thursday, workers were installing new refrigeration and other equipment supplied by Alaeddin under the terms of the contract.

Alaeddin has also served as the president of the Holiday Folk Fair in 2011, and has been involved with the event since his college days in 1980. The firm also does catering.

The city hall cafeteria space is located in the basement of the Zeidler Municipal Building, and is connected to the 803 N. Broadway Building and City Hall by a tunnel. Although it primarily serves City Hall complex employees, it is open to the public during business hours. In Other City Hall Basement News

The Historic Preservation Commission and the Legislative Reference Bureau have been moved from their City Hall basement offices to a temporary space on the same floor and at the south end of the building that had housed the city’s Emergency Government facility.

A portion of the old LRB library in room B-10 is now being used as a construction office. The LRB and HPC, units of the City Clerk, will be in their temporary digs for some 18 months while work goes on around them in the depths of City Hall. Contractors will begin the massive project of underpinning the giant building, which rests on wooden pilings that are rotting, due to exposure of air, and a dropping water table.

The future site for LRB and HPC remains unknown, but they are not expected to return to their old spaces when the work is done. Relocating the LRB will pose a special challenge, since librarians being what they are, they insist on taking their books with them when they move. The immense weight of the volumes is one reason they are housed in the basement.

The two entities retain their old addresses, which have travelled with them. The Historic Preservation Commission is located in “B-4,” which should be easy to remember. 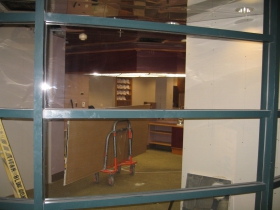 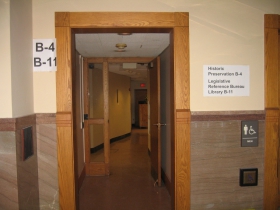 One thought on “Plenty of Horne: Aladdin Brings Cafe to City Hall”