By Edgar Mendez, Milwaukee Neighborhood News Service - Jan 10th, 2016 10:47 am
Get a daily rundown of the top stories on Urban Milwaukee 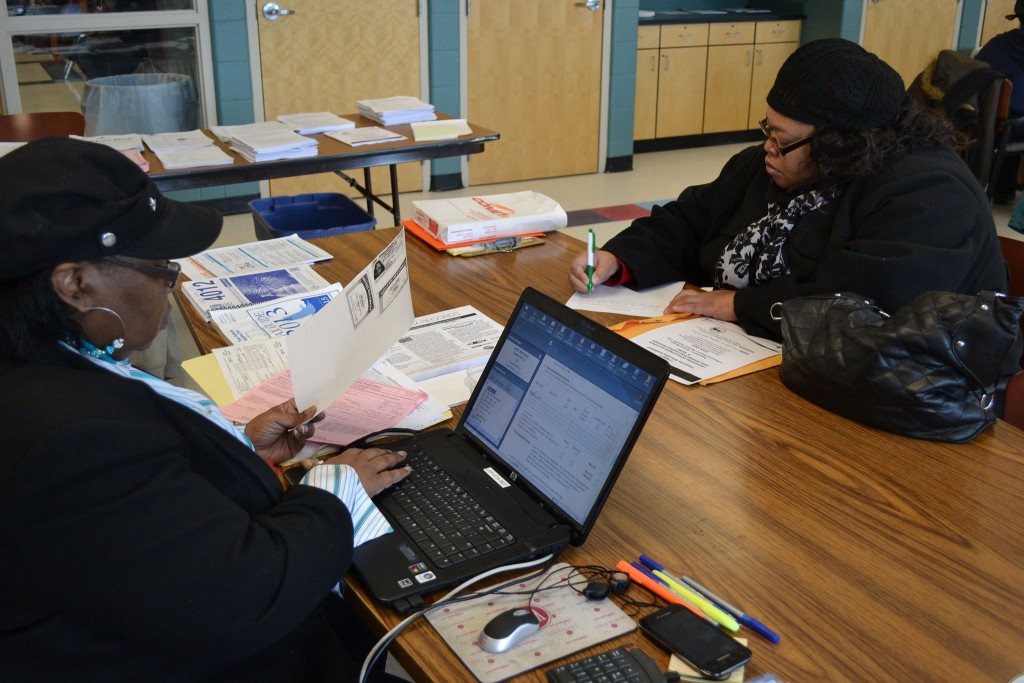 A volunteer tax preparer works with a client at SDC’s Teutonia site. Photo provided by SDC.

Responding to a budget shortfall that would have resulted in major cuts to the Social Development Commission’s Volunteer Income Tax Assistance program, the United Way of Greater Milwaukee and Waukesha has awarded a $31,000 grant to ensure the program continues to provide the same level of service as in years past.

Milwaukee Neighborhood News Service reported in mid-December that unless SDC raised $40,000 by Dec. 31, there would be major cuts to the popular VITA program, including reducing the program from five sites to three in 2016.

George Hinton, CEO at SDC, described the grant as a magnificent holiday gift.

“United Way’s support means we can maximize our VITA operations and help thousands of program participants save hundreds of dollars which they can use for bills or to purchase food for their families,” Hinton said.

“Part of United Way’s mission is to mobilize people and resources to change lives and improve our community, ” Angresano said. She added that tax programs such as VITA help families maximize their income by getting back every dollar that’s due to them.

Last year, SDC’s team of volunteer tax preparers served 13,800 people in Milwaukee. Since the program began at SDC in 2001 it has served more than 162,000 low- to middle-income households in Milwaukee, according to Patrice Harris, director of community relations and marketing for the organization.

“They’re going to charge them a few hundred dollars and that money is really going to reduce what they could be bringing back home to their families,” said Jones in a prior interview with NNS.

According to a statement from Jones, the United Way grant helps SDC meet Internal Revenue Service requirements to receive matching funds for VITA, but the organization still needs financial support in order to meet its operations budget.

Though the United Way grant will help fill most of the VITA budget gap at SDC this year, Angresano said it’s important for the community to work together to create a long-term sustainable financial model for the program.

“The need for this program and for free tax services for those in poverty will not go away so we need to work together to ensure that the program remains funded next year and beyond,” Angresano said.

The VITA program will begin on Jan. 19 and run through April 18, with hours and locations available on the SDC website in mid-January, according to a statement from the organization.