New Land developing three apartment buildings on a lot once used for taxicabs. 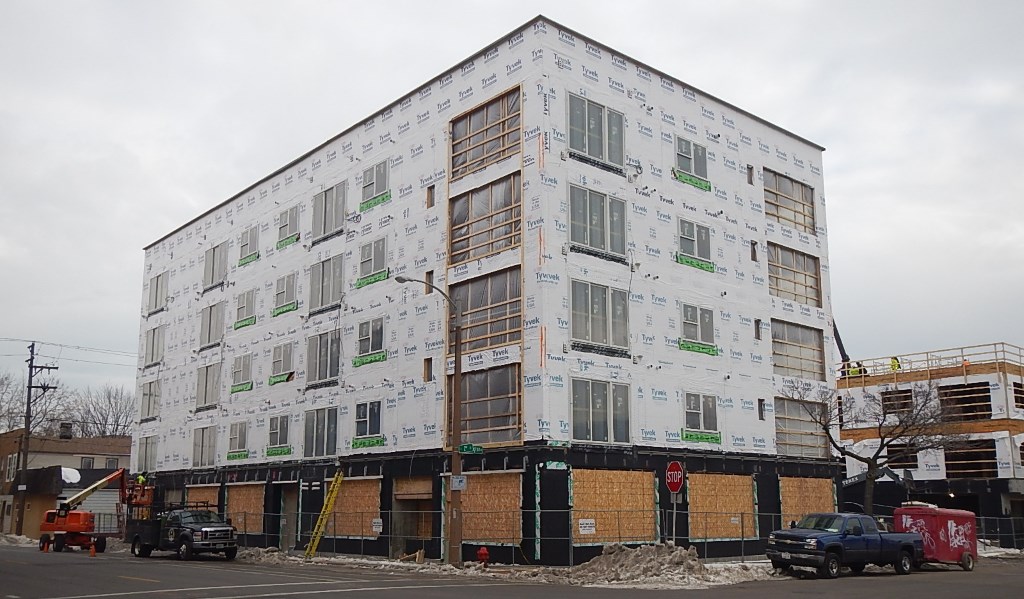 The site is along W. Washington St. between S. 1st St. and S. 2st St. Photo by Jack Fennimore.

As the first of three apartment buildings being developed at 1029 S. 1st St. nears completion, the second one is already starting to rise and the foundation for the third one is starting to take shape. All three will be five-story buildings located between Washington and Mineral streets on 1st St.

As we reported, this large lot was once home to Joe Sanfelippo Cabs Inc., which held a near monopoly of taxicab permits in the city. Taxi cabs lined the surface parking lot just south of the firm’s gas station complex and dispatching office. But then in 2014, the city repealed the cap on taxi cabs and legalized services like Uber and Lyft, which led to the space becoming available. The 1-acre lot was then purchased from the Sanfelippos by project developer Tim Gokhman of New Land Enterprises for $1.4 million and the development broke ground last May.

The $12.2 million project is part of a bigger trend in revitalizing Walker’s Point, which began in 2009 with the redesign of the area along S. 2nd St. Gokham also explained via email that the planned Milwaukee Streetcar system was “consistent with our development philosophy of urban density, walkability, and a lesser reliance on cars in general.” New Land Enterprises has created hundreds of units near the approved streetcar line and planned future extensions.

Parking won’t be completely eliminated, as there will be a total of 100 spaces inside the indoor stalls of the first floor of each building and on the small bit of surface parking. The three buildings will have a total of 120 apartment units consisting of studio, one-bedroom and two-bedroom units with an average rent of $1,350.

The buildings are designed by Kindness Architecture. Investors Jim Wiechmann of Wiechmann Enterprises of Milwaukee and Michael Sanfelippo are also developing the project alongside Gokhman. Michael Sanfelippo is actually the owner of the cab company that used this land, and also owns five other cab companies, although all six were registered in the name of his brother Joe, who is a state legislator. The rather mysterious structure of this company was discussed here.

Each of the three buildings will be available one-by-one in phases, with the first building planned to open in March 2016. 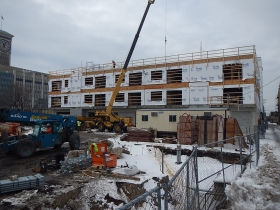 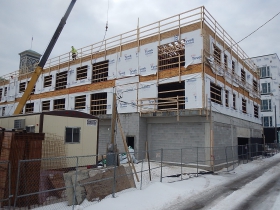 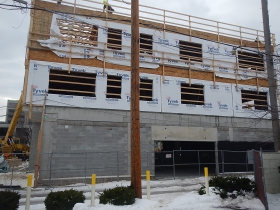 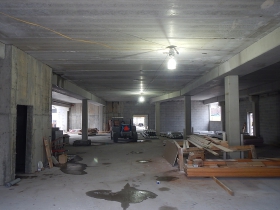 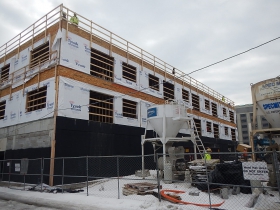 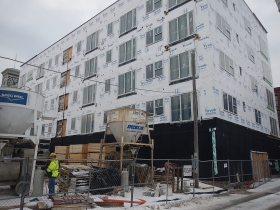